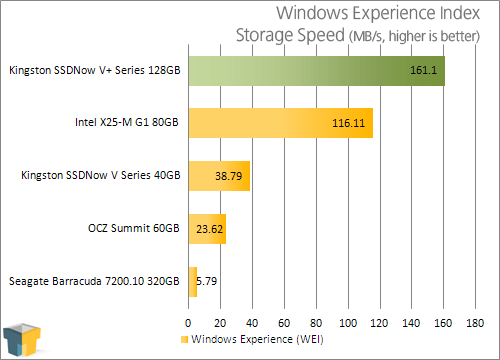 That said the Kingston SSDNow V+ series completely walks away with this test and shows what a real SSD can do by almost reaching its rated write speed of 180MB/s! This is partially how this drive managed to fare so well in our Batch File tests. 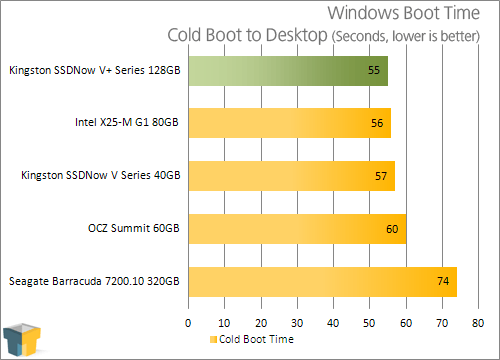 Once again, Kingston’s V+ SSD shines, coming out on top for our cold boot times.

While the difference between the best SSD and the typical HDD almost exactly halves the game loading time, is a difference of 15 seconds really worth it in L4D2, or difference of 30 seconds worth it in Crysis Warhead? Perhaps when you consider that each load time as you progress through the levels, with each stutter or “break” in the game to load new areas or new levels is also halved, and that it significantly improves the game immersion due to fewer and shorter game interruptions, then for some people the answer becomes a definite yes. 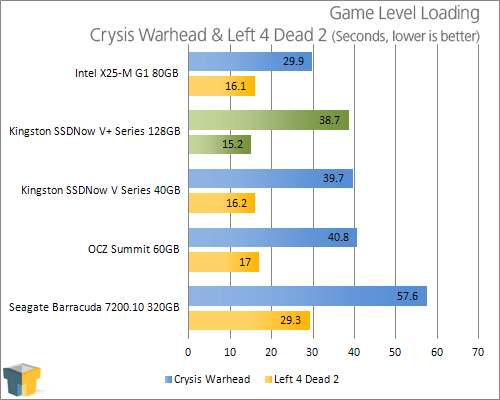 Here it appears Intel’s optimization of their drives for small random file operations instead of sequential writes pays off as the X25 is still able to retain a lead in Crysis load times. For L4D2 the Toshiba does edge out a marginal lead, although this game appears to not be bottlenecked by any sort of SSD, only hard drives.