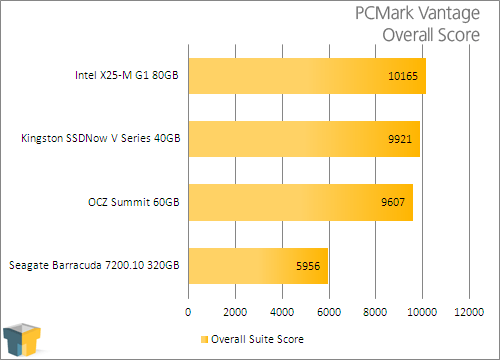 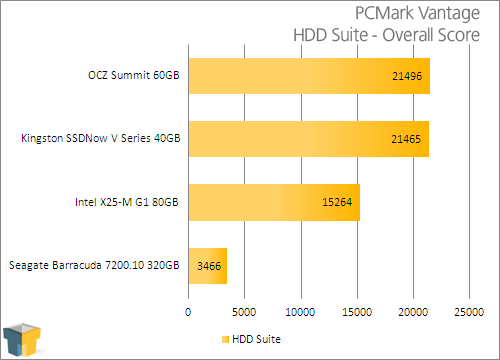 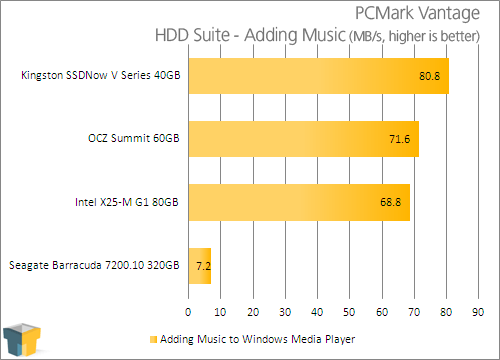 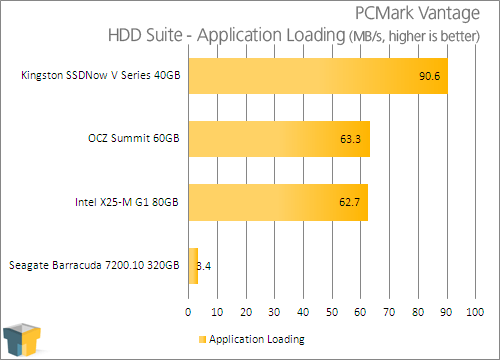 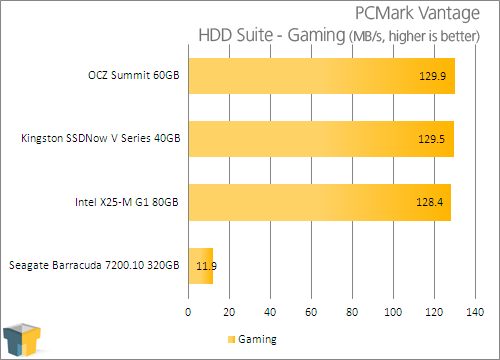 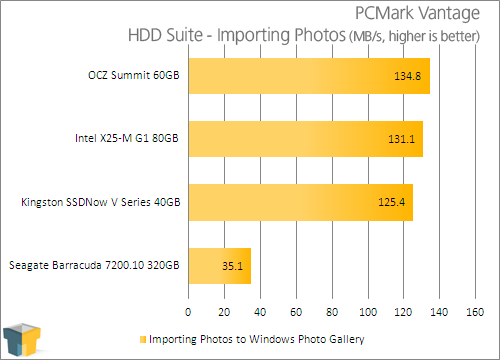 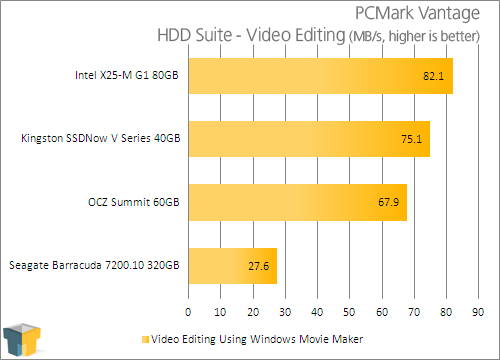 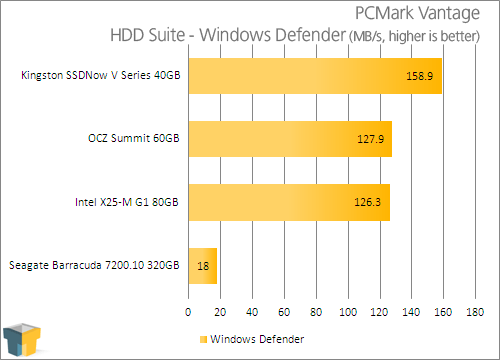 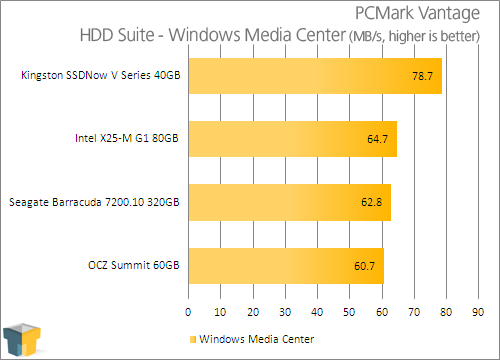 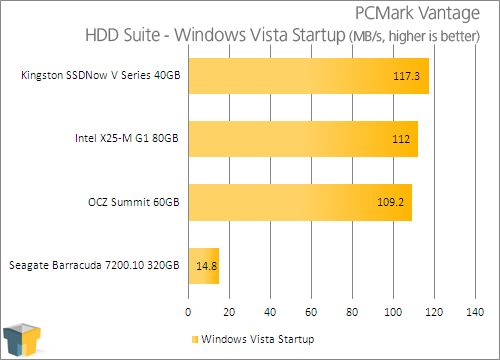 We have included the overall PCMark Vantage score in the results above, as interestingly enough, the choice of storage medium does have an effect on some of the other non-HDD Suite tests. For example, the memory assessment features is one test where several large images are loaded into the RAM for editing. This combines with the high storage assessment results to raise the final score even higher.

All three SSDs finish close together, leaving the HDD in a distant fourth. Unfortunately, this is a foreshadowing for what we can expect from the outmatched hard disk drive.

The Summit’s great sequential write performance helps counter the second generation Intel controller’s excellent random read performance and keeps the two drives fairly close in the overall HDD score. As a brief note, it is a little unusual that the X25-M results were a bit on the low side. Even so, the results were consistent, even after a complete re-installation of the OS.

The Kingston again excels in random small read and write situations, allowing it to place constantly at or near the top of the charts and even exceeding the performance of its older sibling.

About the only thing we waited to mention was the HDD’s performance. It consistently placed a distant last in every test, save the Windows Media Player test. Results like these makes one almost wonder how people could get along with just an average consumer disk drive! Okay, we kid, but still it is clear to see that any program which involves any sort of random operations involving lots of seeking across the disk surface will make for one of the worst case scenarios for the traditional hard disk.