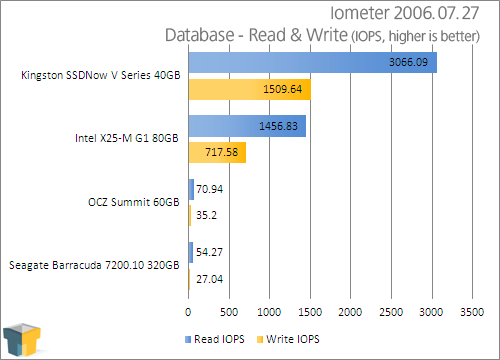 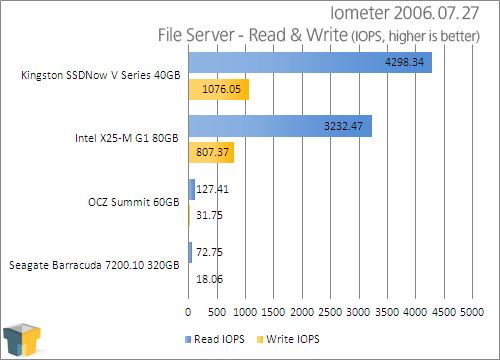 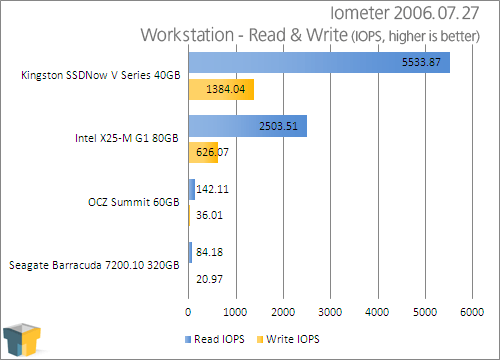 Ironically, despite Iometer being created before SSDs even were around, the nature of these tests are going to inherently favor sold-state drives due to their rapid, near instantaneous access times. Scenarios such as these are pretty much the bane of hard drives and illustrate why 15,000RPM SCSI drives exist. The large number of tiny, mostly random read and random write file operations will also be the anathema of any SSD controller that was designed primarily for large sequential read & write performance. Unfortunately the Summit happens to use one of those very controllers, although in its defense this is because Samsung chose to optimize their controllers for large sequential writes. 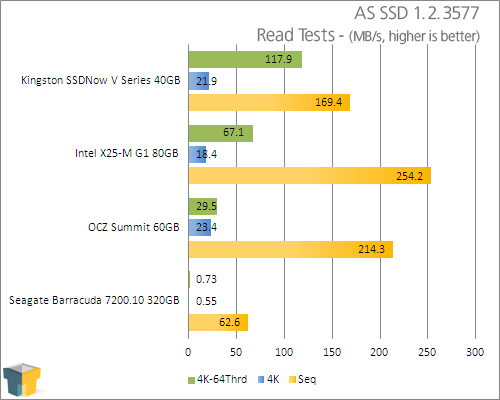 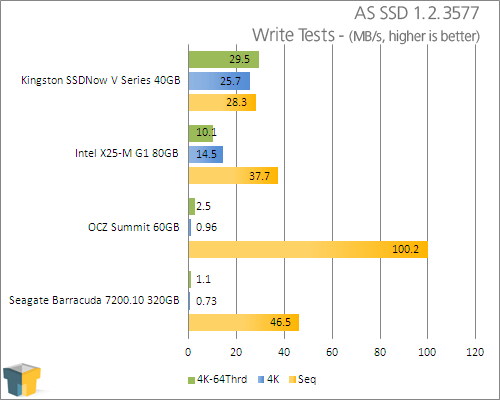 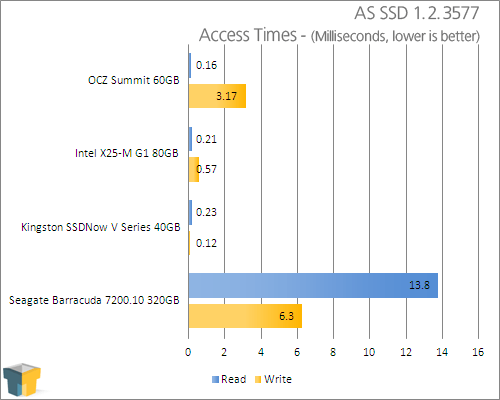 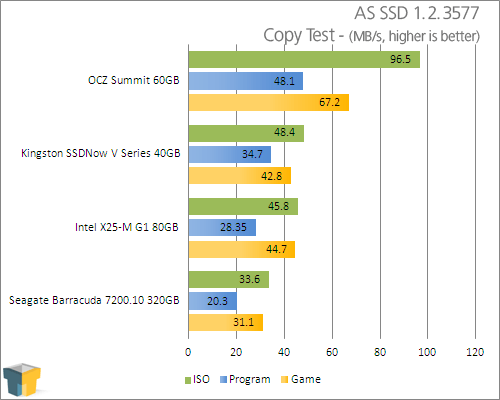 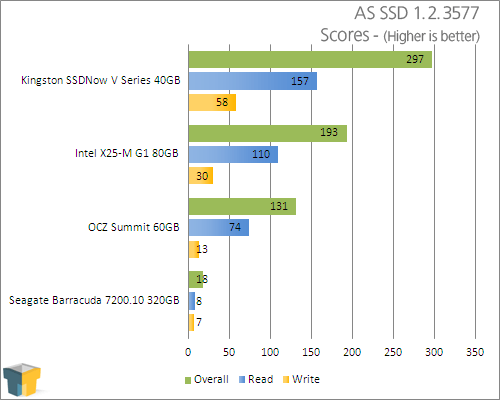 Intel’s second-gen SSD controllers are currently the best available for handling numerous random 4KB file operations, and despite losing half of the flash channels with half the capacity the Kingston drive has no trouble staying just ahead of its predecessor in the X25-M Gen 1.