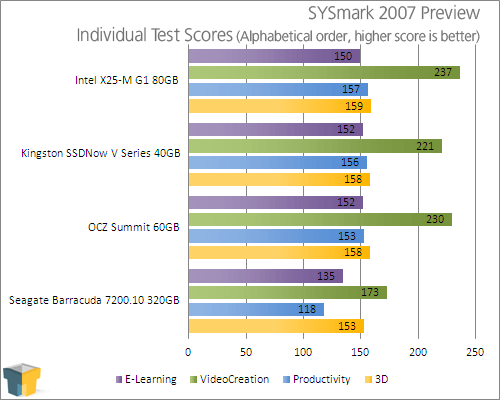 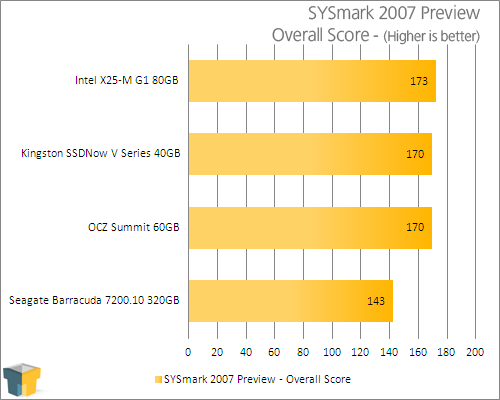 SYSmark emphasizes overall system performance with four specific tasks, not any single part of the computer itself. Only differences of 3 or more in the scores are to be considered meaningful, which means the X25-M only just edges out the other SSDs here. For the individual tests all the SSDs score similarly again leaving the single hard disk in this test trailing by a significant margin.