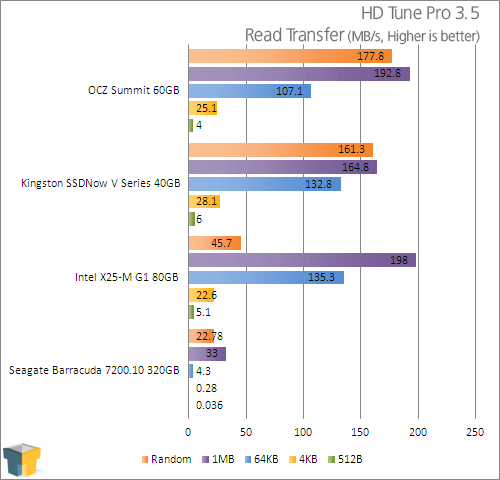 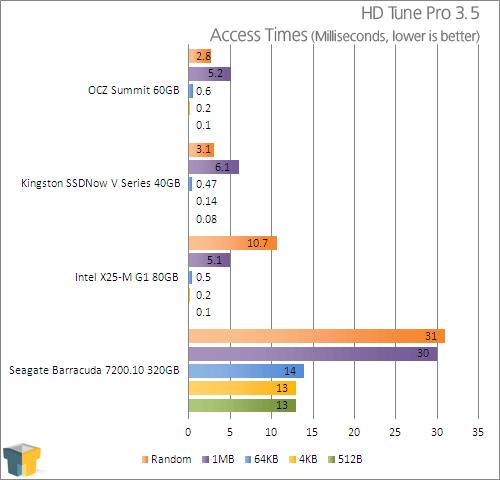 While the results seem less-than-stellar, in comparison to the mechanical disk, all the solid-state drives faired particularly well in HD Tune’s brutal file size tests.

One common misconception is that access times are universal, and regardless of the type of storage medium in question, this is simply not true. The smaller the file size, generally the lower the raw MB/s performance. SSDs advantage in access times and lack of having to wait on the alignment of various mechanical parts means they tend to excel in small file operations, as the incredibly low access times illustrate here. The HDD only manages 13ms, at best which is fairly typical for a standard disk drive, and based upon previous storage reviews, the the Western Digital VelociRaptor would have scored 7ms here.

HD Tach is a similar program to HD Tune, and although it hasn’t been updated in a few years, the program is still decent for testing SSDs. It offers a different method for calculating burst rates as well as offering access time measurements below 0.1ms, which is unfortunately the limit for HD Tune. 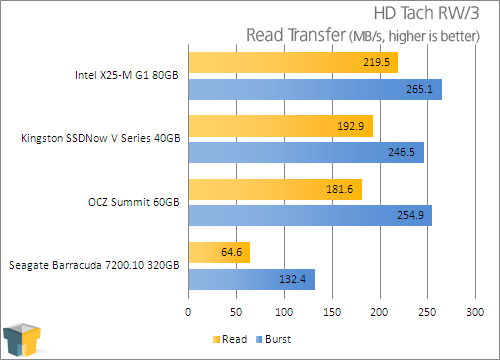 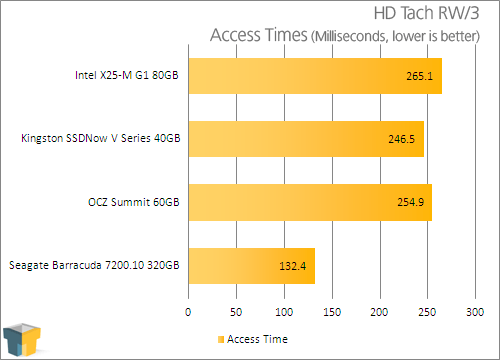 Even despite the older or budget nature of these SSDs, burst transfer rates still hit the theoretical max for SATA 3Gbit/s, with read speeds not much further behind.