This command runs a small portion of the Windows Experience Index’s drive assessment, specifically it uses small random writes and calculates how fast in MB/s the drive can sustain it. As we mentioned before with the HD Tune results, regardless of what drive is in question, its actual performance depends on what file size is being referred to. The smaller the file size generally the lower the performance for a hard disk drive, so again the small random file writes will be brutal. 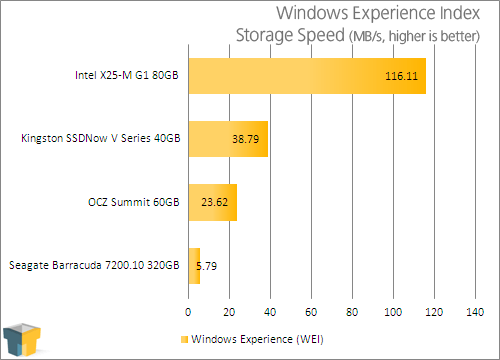 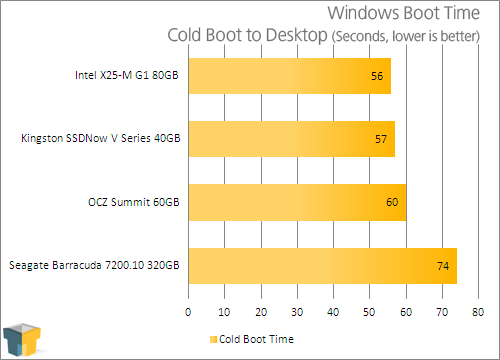 The Intel controller was heavily optimized for Windows startup, and those optimizations and quicker random small file reads/writes allows both drives to lead the Summit and cut as much as 18 seconds off the boot time versus the hard disk. 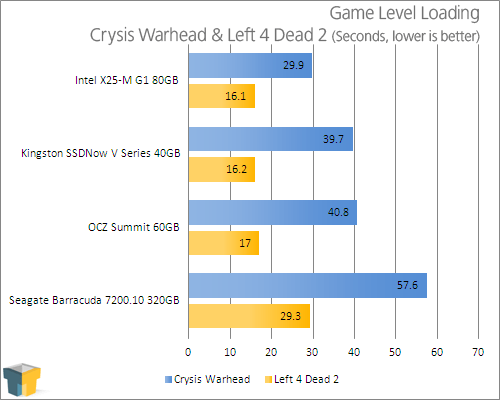 The results are fairly self-explanatory, but just to say it, level load times is one of those scenarios perfectly suited for an SSD. The best SSD was almost able to decrease the load times by half for each game, and keep in mind, this is the older first generation X25-M here.