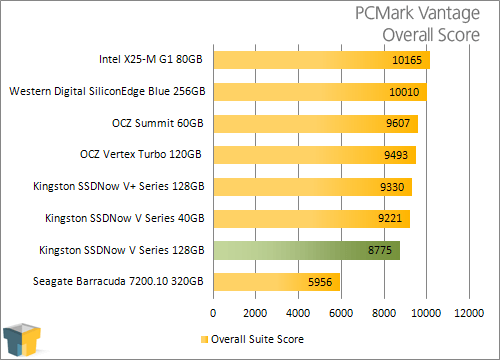 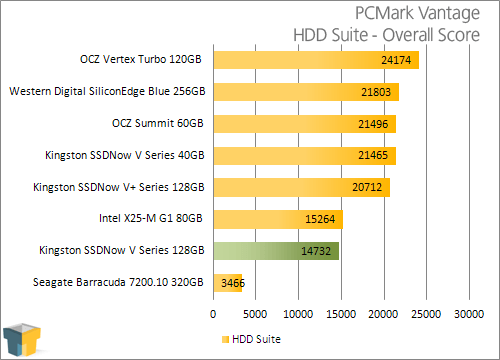 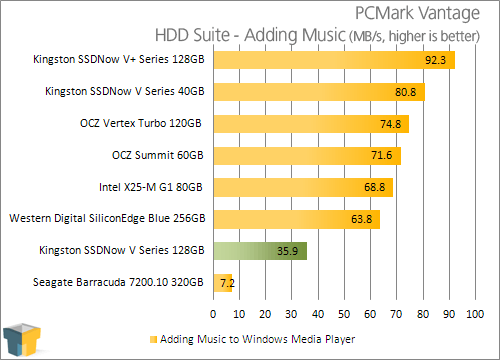 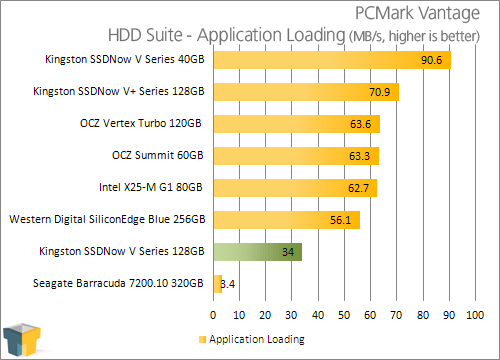 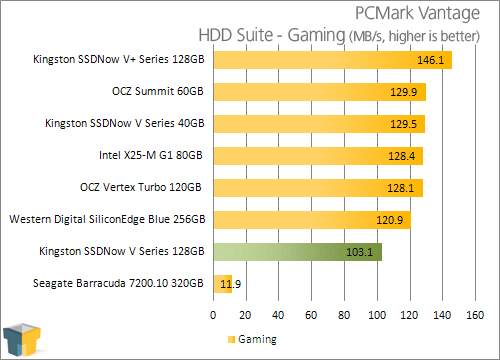 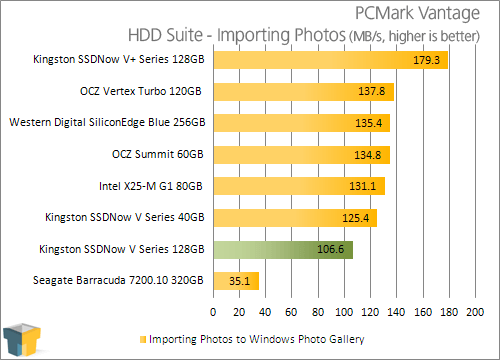 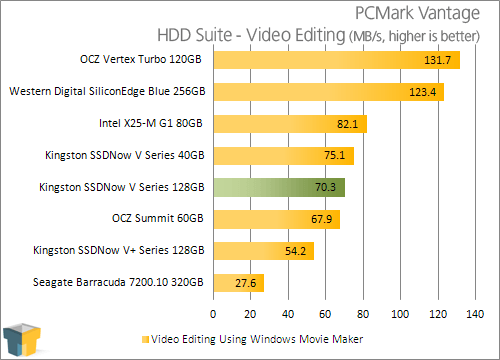 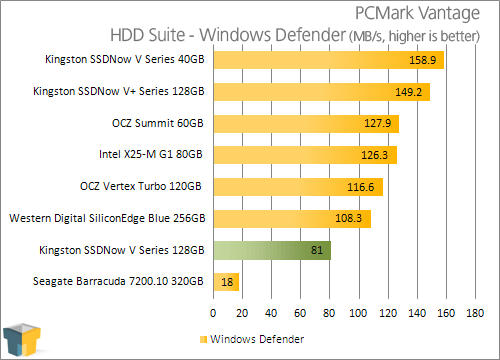 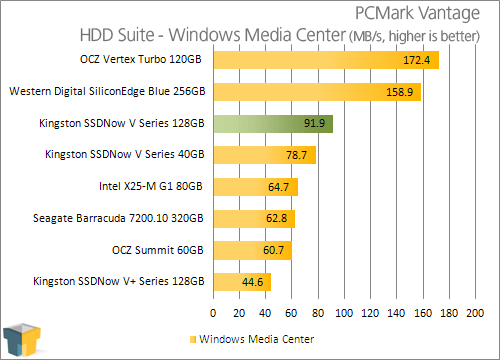 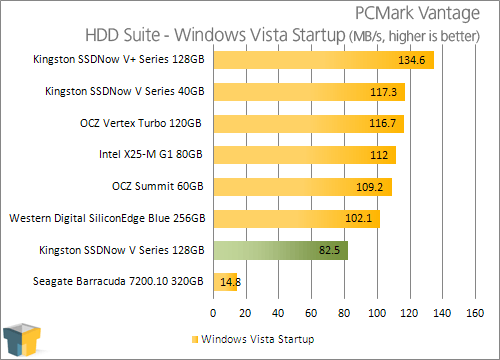 Unfortunately the results aren’t so hot for the SNV425, as it delivers the worst score for an SSD we have seen in PCMark’s overall score and their HDD suite score. Nonetheless in comparison to the hard drive it manages to score rather well.