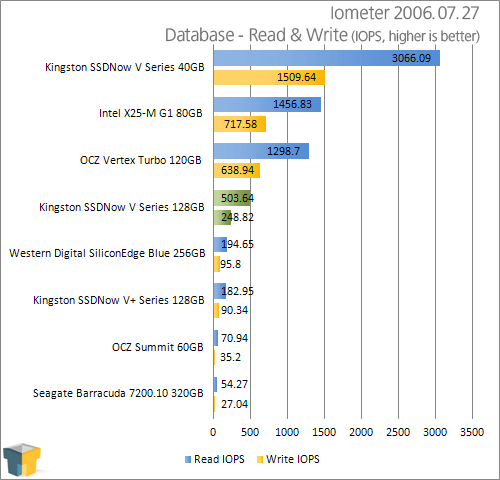 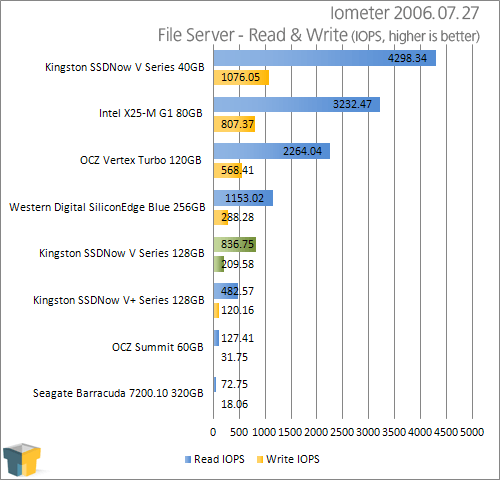 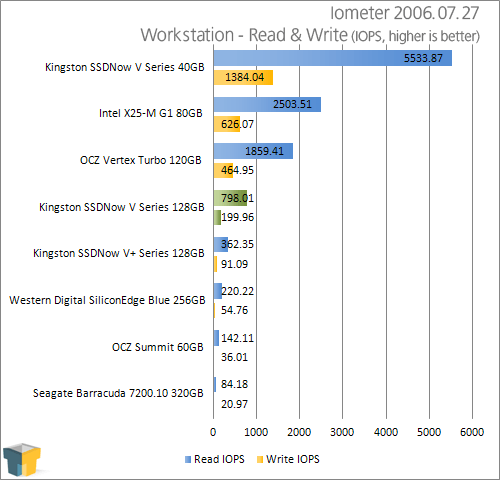 Scenarios such as these are pretty much the bane of hard drives and illustrate why 15,000RPM SCSI drives exist. Ironically, despite Iometer and these tests being created well before SSDs began entering the desktop market, the nature of the tests are going to inherently favor them due to their rapid, near-instantaneous random access times. While we do not have a 15,000RPM or VelociRaptor drive to use for reference, the numbers generated by them would only be little better than the desktop drive here due to the large number of tiny reads and writes to be made often randomly across the platter surface.

If the SSD controller becomes backlogged, it will exacerbate the stuttering, causing file operations that should take milliseconds to instead take up to a full second or more to complete, thereby only compounding the problem. Unfortunately, the Summit happens to use a Samsung controller optimized solely for large, single sequential writes and makes for a good example as a warning of what to look for. The 40GB SSDNow drive uses a G2 Intel controller, hence the unusually high results for that drive.

The Kingston SNV425 performs close to or slighter better than its SiliconEdge Blue sibling here, but neither drive delivers a strong showing in any of the testing regimens. The Intel G2 and Indilinx controllers are both much more aptly suited for small random file access workloads, especially when write operations are involved. 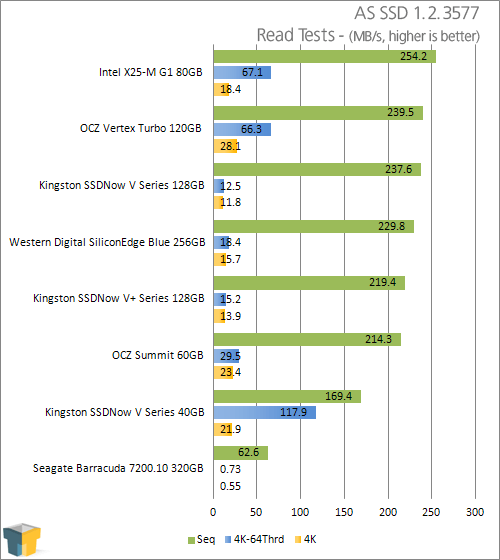 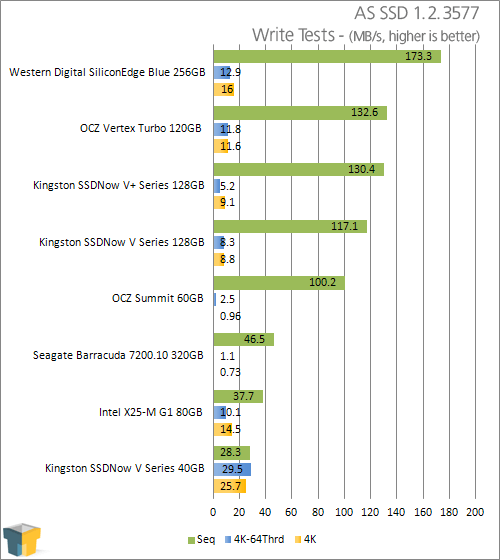 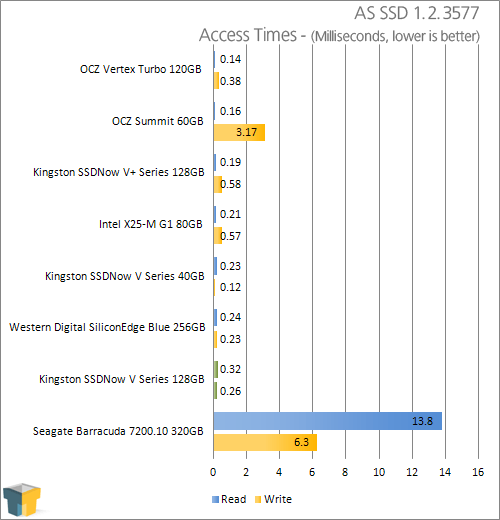 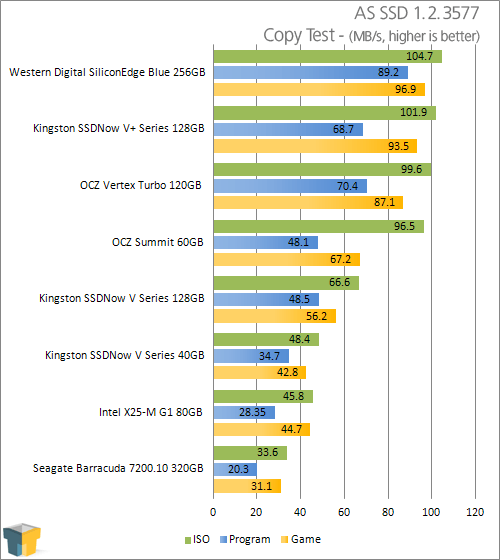 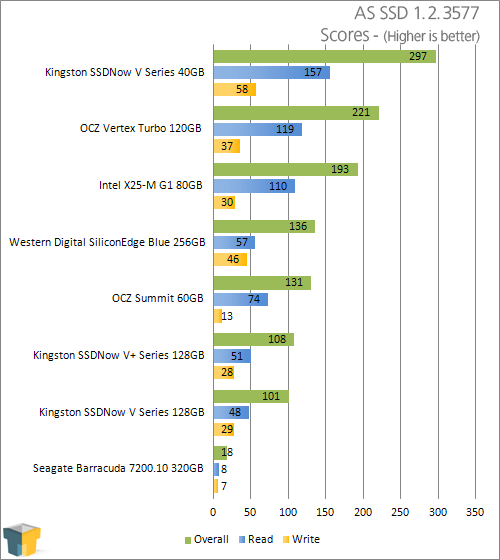 Again we see the pattern develop where those controllers optimized for small file operations gain an advantage. This is reflected in the real world as the majority of operating system and programs involve small 4KB sized files, with the emphasis on reads being performed more often than writes.

The Kingston SNV425 128GB SSD is clearly optimized for sequential reads and writes, but when switching to random small 4K writes the JMicron controller is not as optimized as the other drives. Interestingly the SiliconEdge Blue sibling does better, showing firmware optimization does make a difference. The custom firmware lets the drive power through the rest of the tests, when in comparison the Kingston drive is left trailing back in the pack. The V series drive again posts the lowest scores we have seen to date for an SSD, which again are still drastically higher than the hard drive was able to manage.

For access times, nothing should need to be said here. Access times are exactly why a RAID array will never be the equal of any decent SSD, as adding drives together in RAID does not decrease the access latency involved with a (or each) drive seeking to the data.