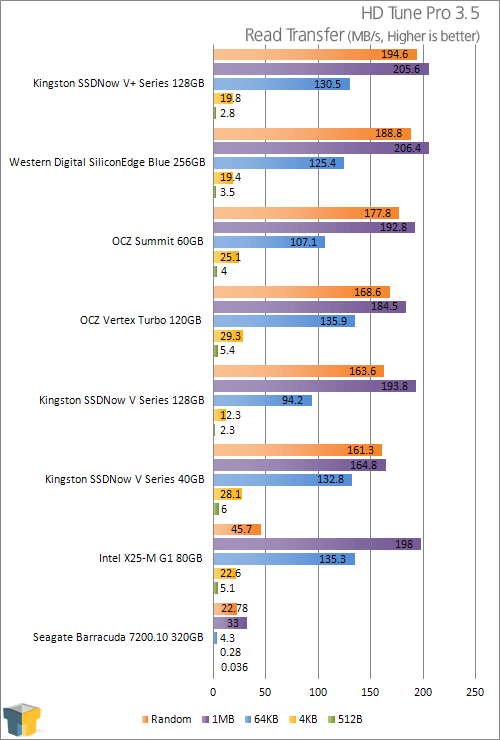 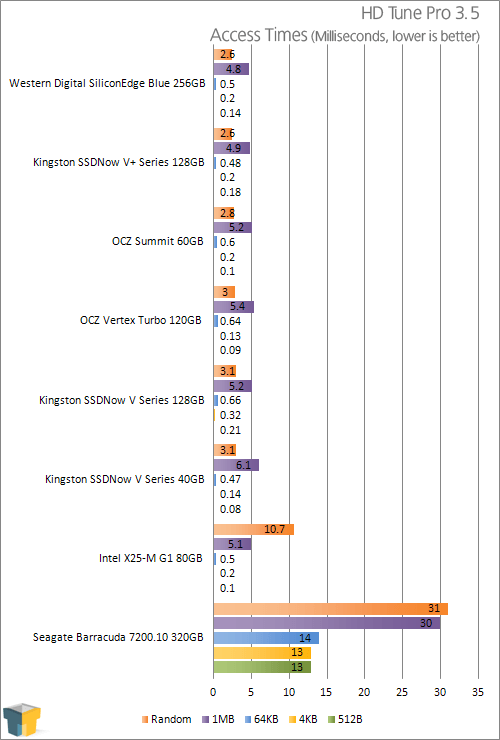 Again as the file sizes involved decrease, so does the performance of the SNV425 SSD. While nowhere near as bad as the hard disk, it again sets a new low in the 512B, 4KB, and 64KB file size tests. Still, between 2.3MB/s or 0.036MB/s (36.8KB/s) with the hard drive, there doesn’t seem to be much comparison.

Yet again we show access times as these are the hallmark of solid-state drives, and I can’t underscore this point enough. The dirty state of the G1 leaves it with a particularly high result here, but even the G1 and other SSDs all put in results an order of magnitude better than the platter-based drive with small file reads. 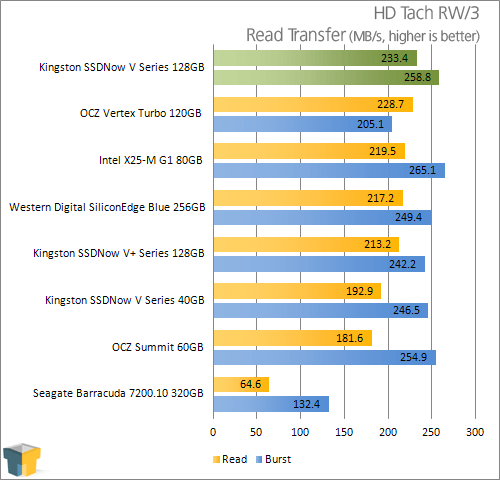 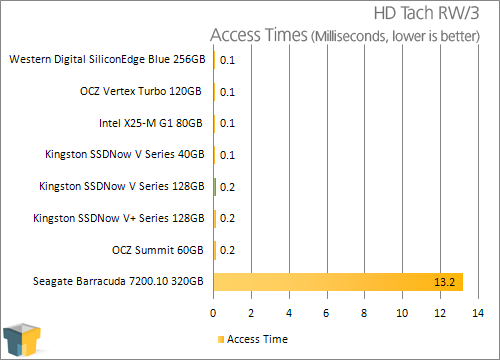 HD Tach is another program designed to measure platter-based drives (hence the downward curve in the image) but is capable of measuring access times below 0.1ms if the platform is up to the challenge. In these tests the Kingston SSD manages to deliver the highest read score, although we have to wonder about HD Tach’s testing algorithm at this point. Nonetheless as far as HD Tach is concerned this is a fast drive for reads. For the hard drive, the 13ms access latency is typical for a standard mechanical drive, but even a VelociRaptor would only decrease the latency to 7ms, a far cry from 0.1ms.