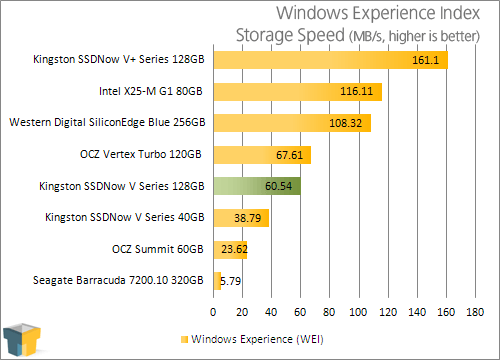 The SNV425 does acceptably here again delivering results in the middle of the pack, and significantly above those capable by a mechanical drive. While the G1 is capped by its firmware to 80MB/s writes, we theorize that the combination of the small file size used for the WEI test and the drive cache combined to give it this final result. Even so, unlike the SiliconEdge Blue’s results, the G1’s result will not hold for large files or continuous small file writes. 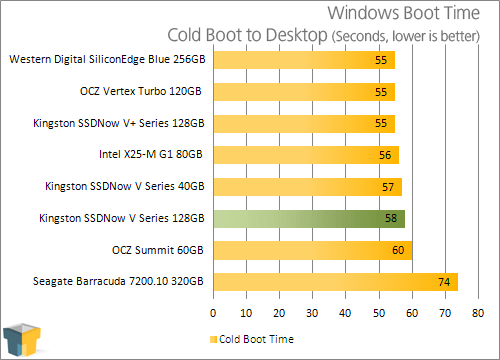 Here the SNV425 again performs acceptably, managing to just edge out the OCZ Summit’s results. The drive’s results in the light batch test serve as a better example of the SNV425’s capabilities in a boot test, however. 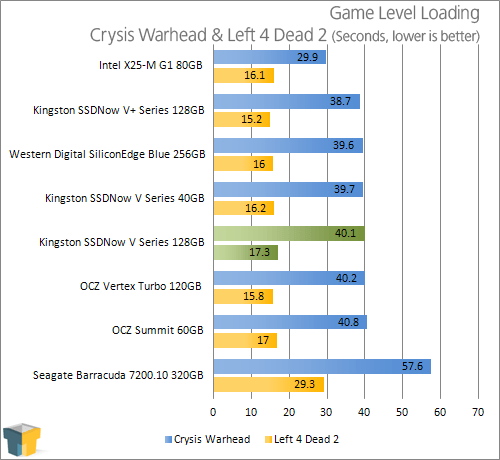 As with all the results the mechanical hard drive falls into its own distant category, with any SSD dropping the load times by almost half. Performance here is bottle-necked by some other constraint, potentially the CPU given we are using a slower quad-core versus a faster dual-core processor.