The last fan controller that I looked at from Lamptron, the FC Touch, was a radical departure from what most people are used to seeing in the world of controllers. Goodbye knobs; hello touch screen! Well, this time around I go full circle with the FC8 fan controller, a unit that appears to be more along the lines of a standard controller but is far from average.

Available in a black anodized or bare brushed aluminum finish, the 8-channel FC8 features the same CNC milled face plate found on many other Lamptron models. Any of the details, such as the channel name and the indicator on each knob, are laser etched so there is no chance of these wearing off after prolonged use.

The FC8 can provide up to 30 watts of power per channel, which should be more than enough for even the most power hungry fans or daisy chained madness. If this weren’t enough, the FC8 also allows for some customization by allowing users to assign a white, blue, green, cyan, red, purple or yellow LED to each channel. 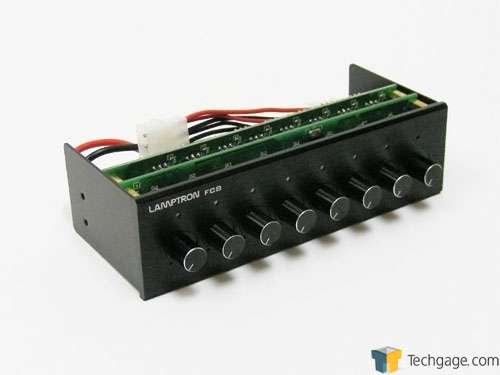 On the back of the controller and along the top are the eight 3-pin fan connectors. Below each one are the first row of capacitors but there are no numbers to indicate the manufacturer or specifications. Just below these are the MOSFETs and over on the far right are the power wires that lead to the three 4-pin Molex connectors, all of which must be providing power to the controller in order to ensure proper operation. 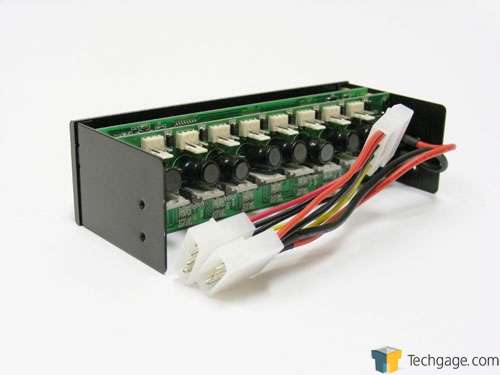 Removing a black screw from each corner and pulling the first PCB layer up and out gives us a view of the solid aluminum capacitors on the backside. These capacitors are just as mysterious as the group on the other side in that there are no numbers to link them back to the manufacturer. However, this is fairly common for capacitors of this type. 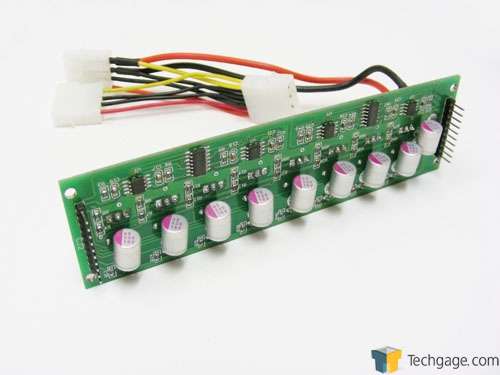 On the second layer are the ICs that dot the landscape. While they are too small to pull any numbers from, they should store the color profiles for the channels but also provide instructions that determine how the controller works. Speaking of color, just on the other side of the second layer in between the PCB and aluminum face plate are the 7-color LEDs. 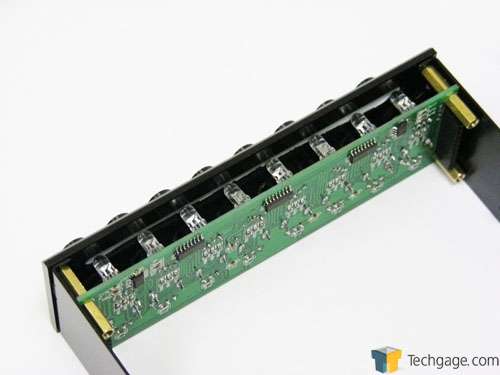 Included with the fan controller are eight 3-pin cable extensions, four screws to hold the unit in place when installed and an installation and usage guide. What more do you need? 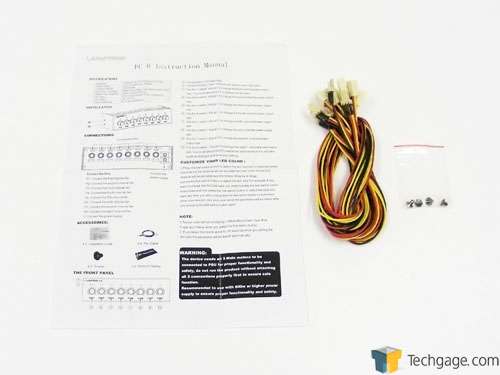 It’s time to see how the FC8 fits into a system and then we’re see how it handles a wide variety of fans similar to those used with the FC Touch.