Lavalys have recently announced their latest version of the popular Everest benchmarking program, and have included some notable updates. We take a quick stroll through to see what has been updated and added. Is it worth a buy or upgrade?

Oddly enough, this is a feature that’s been in prior versions of Everest, although I have never actually noticed it until this one. It offers similar tests that HD Tach/HD Tune offer, but Everest seems to be slightly more in-depth. You can perform a variety of read and write tests on your hard drives or flash drives, and save the report once you are done. The report is a PNG file though, not a text or html. 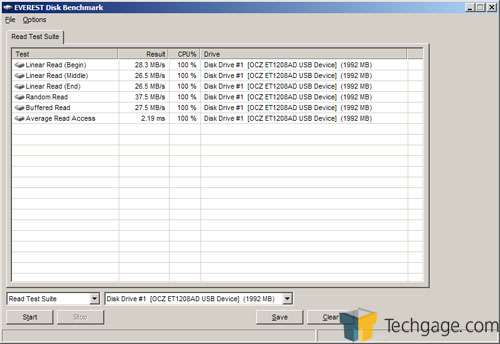 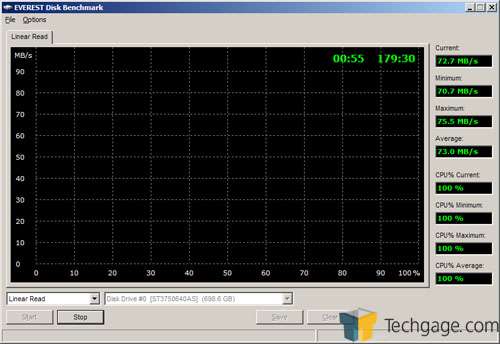 Previous EVEREST versions have included Smart Battery information, but 3.0 adds a lot more specific info you may want to know. That includes specific battery model info, and even how much power it can hold. As you can see, my battery seems to be well past it’s prime. 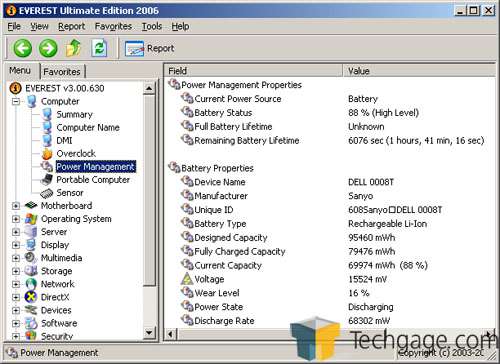 There’s never a real conclusion for a benchmarking program, but Everest has become one of my favorites. It packs a lot of benchmarking power, and also complete system information reports. Though 3.0 didn’t introduce anything spectacular, it’s still a worthy upgrade if you are upgrading from 2005. Without a doubt, it’s worth the cash if you don’t currently own it, just because of the instant information you can find out about your PC… if you do this sort of thing often at least.

I’d love to see some additions in the future though. There’s never been a graphics benchmark in any of Lavalys’ products.. but why? Even old school versions of SANDRA have included some sort of graphic rendering test. Even a simple D3D cube would be appropriate during the system stress test feature.

Most of the available tests allow you to save the results… but as a PNG file. I’d rather see the capability of saving to a log file, because anyone can easily save a screenshot of the report themselves if they wanted to. It would take much longer to type it out my hand though.

One of my biggest gripes with Everest has been the fact that their benchmark results can change drastically with each new version. That means that overclocker’s or hardware reviewers alike, always have to make sure that their version is up to date, in order to accurately compare against other scores. Not that I have a problem with minor tweaks, but some of the incremental version updates can prove to have completely different benchmarking results. 3.0 doesn’t change anything Memory wise, but the FPU tests have turned up different results on both computers I have tested.

Either way, Everest is constantly getting better and I hope to see things continue that way. Of course, even if you grab the free version, you will have access to most of the program. Power users will definitely want to spring for the full version though. To purchase or learn more, you can jump over to their site here.