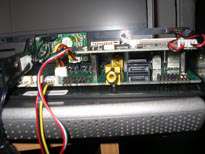 Sadly, I found the included instructions to be far from informative. I’ve been playing with Hardware for years, and know the computer inside out. Now, I found myself getting confused quite a bit by the instructions, so I had to swing it, until things worked. Diagrams or examples would have been welcomed, since some of the connectors don’t fit perfectly as most would. For instance, to connect the Memory Card Reader, which is a 4-Pin connector, I had to plug it into the 9-Pin connector on the motherboard, (4 Top, 5 Bottom), which did work fine, but a diagram could have shown this to make things easier.

At any rate, those are the only issues I have found with the panel. Everything else seems to work great, especially the temperature and fan speed readings. The Media Reader also worked seamlessly as well. Since it’s USB based, just plugging in a card will automatically bring up the folder, or ask you what you want to do with it. 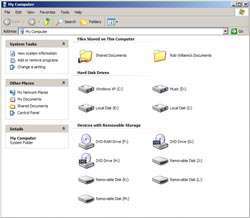 In the picture above, you can see what will be displayed in your My Computer, since the Media Reader technically is four drives, and it will display as such. The Copying/Writing speeds were great, on par with other readers out there. The memory speed will also depend on the speed of memory you are using.