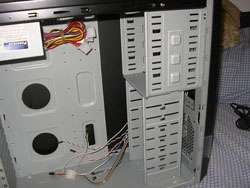 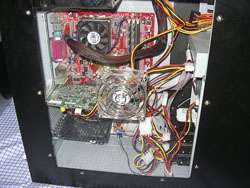 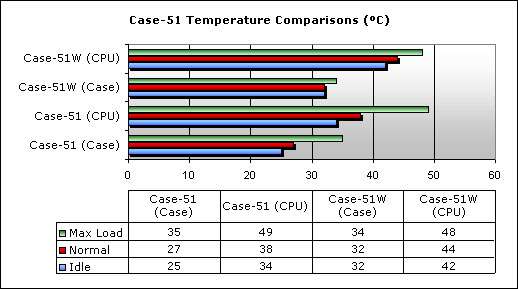 As you can see from the graph, at max load, the Case-51W kept the CPU and Case cooler by 1ÂºC, nothing exciting. However, at Idle and Normal temps, the windowed version didn’t keep things as cool as the original Case-51.