Surround sound… done well and properly, it’s a treat to the ears. Done poorly, it’s an affront. Logitech’s new G430 promises to deliver 7.1 Dolby Headphone surround to satisfy your gaming and entertainment audio needs. How well does it come to hitting the mark? Read on and find out!

I have to confess something right off the bat.

I have a bias against surround sound headsets. I’m a stereo guy, through and through.

The reason for the prejudice has everything to do with the fact that I’ve yet to find a surround sound headset/headphone solution that’s satisfied me. You see, I use headsets not just for gaming and watching movies, which is what surround sound technology really is for. Music, on the other hand, just doesn’t sound quite right (to me) when it’s delivered to anything more than just the left and right channel (OK, adding a sub-woofer is fine).

I’m sure that there is at least one surround sound set of cans that would fit the bill. My guess, though, is that such a thing would be beyond my budget’s reach.

Logitech, though, sent Techgage one of its new G430 headsets to see if perhaps I could open my heart, mind, and ears to its latest attempt at offering an enjoyable surround sound experience.

First impressions, as they say, are everything, and the G430’s were a bit stunning. I saw it in its packaging, and immediately I thought that it was an interesting piece of kit. I mean, just have a look at it! 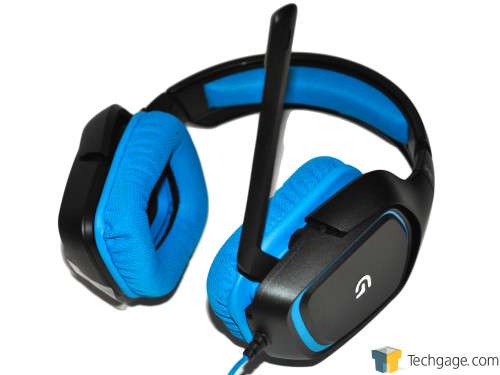 It’s very refreshing to see such a colorful product. These days, black is the new beige. Almost everything in the computer hardware industry is in a shade of black or dark grey. Often, products are colored black with a dark shade of grey as a visual contrast.

But look at the G430. Sure, it’s still predominantly black, but you’ve got to love that G Series bright blue! What an eye-catching visual counterpoint! Bright blue trim, bright blue ear cups, bright blue cable sleeve… It’s safe to say that if the G430 is to rely on looks alone, it’s a winner right out of the box.

Of course, a color scheme, no matter how attractive it is, probably isn’t the primary reason why anyone would choose one headset over another. More important are the feature set and specs that the product is endowed with.

Accordingly, let’s have a look at the G430’s most salient features. 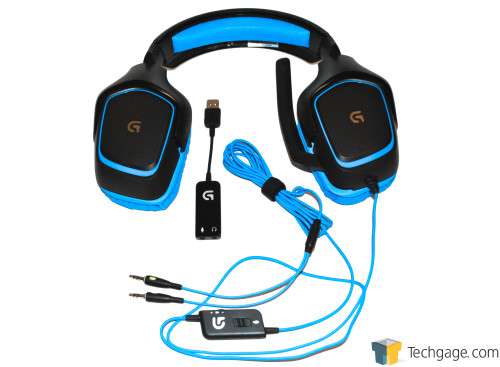 When you take the G430 out of its box, you’ll find the headset itself, a USB dongle, and a rudimentary Quick Start guide. 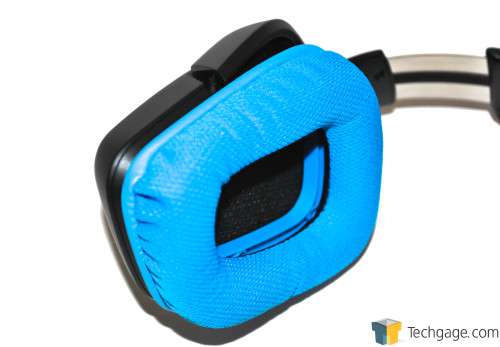 The headset itself features a pair of 40mm drivers. The ear cups are shod with breathable cloth and foam, which ensure the end user’s comfort during marathon gaming sessions (or movie-watching / music-listening). 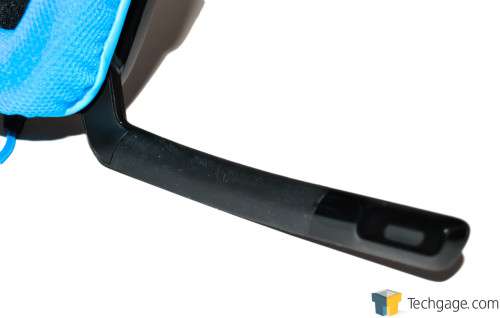 Being a headset, it includes a boom mic fixed on the left speaker. It pivots up and down and is flexible, which means you can fine-tune its positioning for optimal performance. Not only that, but the mic itself is noise-canceling and can be muted completely via a sliding switch on the inline control box. 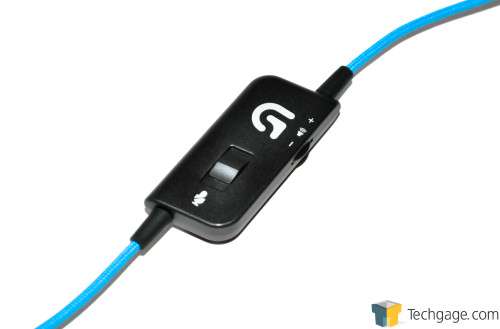 Speaking of which, the on-cable control box not only mutes and activates the mic, but it also controls the headset’s volume levels with impressive granularity. The backside of the control box has a clip as well, in case you want to fix it in position on your collar, sleeve, or anywhere else on your shirt. 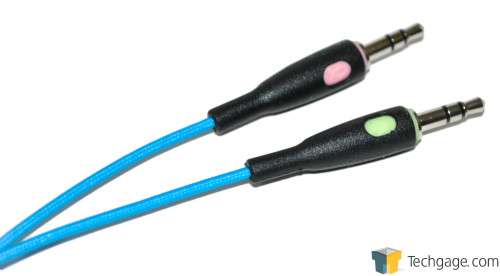 Approximately five inches from the end of the cable, it branches off into two 3.5mm connectors. Per standard protocol, the pink connector is for microphone in; the lime green connector, for headphone out. 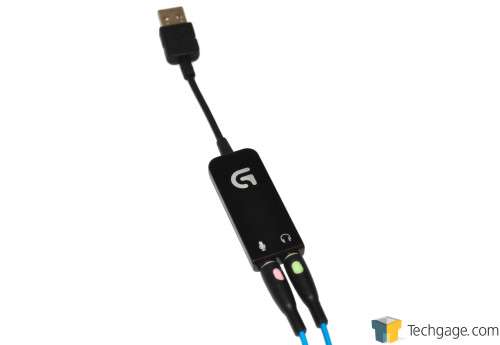 The G430 has a USB dongle which functions as a de facto sound card. This component is the secret ingredient that processes audio out signals into a 7.1 surround sound experience. It works with Logitech’s LGS to create that Dolby surround sound.

Now that we’ve had a good close look at the G430, let’s revisit a familiar piece of software.