by William Kelley on September 16, 2008 in Peripherals

If you are a regular player of racing games on the Playstation 3, then you owe it to yourself to consider an upgrade to that inefficient gamepad! Logitech’s Driving Force GT was designed for Gran Turismo 5, but works well with most other racers out there, and after we put many hours of driving into it, we can happily walk away impressed.

When I first learned of Sony’s upcoming release of Gran Turismo 5 Prologue, I was chomping at the bit to get my hands on it. I’ve been a faithful follower of the entire series since the original and I sure wasn’t going to miss out on the latest and greatest. I had long overcome the tough-to-master controls with the handheld Playstation controllers and assumed it would be no different.

Unfortunately for me, like many others, Prologue decided to show us all just how tough it was going to be to play the game well. While there are people out there who can do quite well with the included controller, many of us were left searching for a solution that would enable us to compete.

In steps Logitech. Since their birth nearly 30 years ago, Logitech has been feeding the world some really good peripherals. I for one am a major video racing junkie. I have had an un-natural desire to race in my living room for as long as I can remember. PC gaming then took a hold of me and I got my first wheel/pedal setup, the Wingman Formula. It was a basic unit, but it transformed my world within the first few minutes of using it.

With the advent of HD gaming and the HDTV, it was only natural for us armchair road warriors to graduate from the PC to the console. In steps the Driving Force GT to scratch that itch. With its 900 degrees of rotation to its paddle shifters there is no function left in the dark. Force feedback just finishes off the package and enables us, even if for only a short time, to feel like we are blasting down the straight for that last minute braking pass. Just how good is this wheel is what we are about to find out.

I haven’t had a new wheel combo to play with since I bought the Logitech MOMO setup for my PC a few years back. It got me through the entire series of “Colin McRae Rally” and pretty much every other rally racing game released in the 90’s. The “Need For Speed” series also graced my screen and being able to not only steer with a wheel but to have that wonderful force feedback to stimulate the senses seriously helped scratch that itch to drive well beyond not only the speed limits but also my driving-ability limits.

Unpacking the signature green and black box that the Driving Force GT arrived in, those same chills began to return to my bones. I had been practicing GT 5 Prologue with the plain handheld controller, so the soon-to-come sensations of playing with a full-blown wheel was almost too much to handle. Spread out, here is what you get when you pony up your $100: 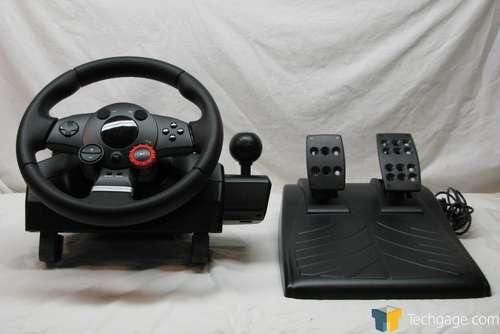 Right away you’ll notice the sheer amount of buttons placed on the wheel. You get both the traditional and Playstation 3 gamepad buttons. They are well laid out and are easy to reach even while gripping the 11″ molded rubber wheel with both hands. It has a solid feel that you don’t expect upon first glance. With three full revolutions from lock to lock, the driving experience is definitely enhanced over the standard fare gaming wheel. 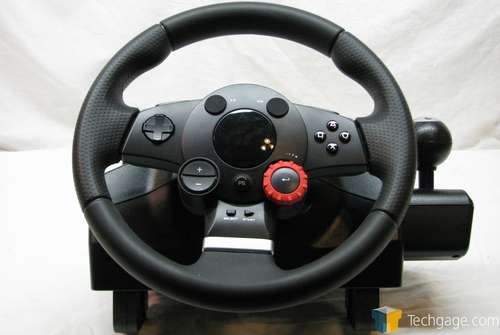 We are also given some more buttons to play with as well. There are a pair paddle shifters on the back of the wheel, although I am not a big fan as they are somewhat small and are not easily reached while you are concentrating on driving. 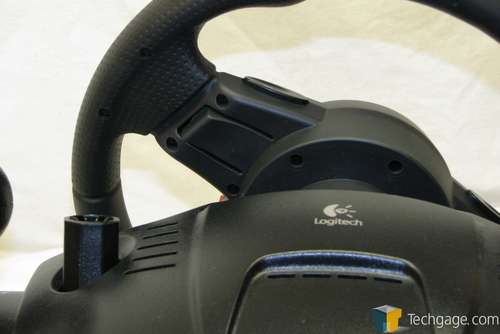 On the front there is a “Real-time adjustment dial”. While I am still undecided as to just how easy it will be to get used to changing settings while driving, I am convinced that this has the potential to be an awesome feature that will definitely help with immersing you into your game. 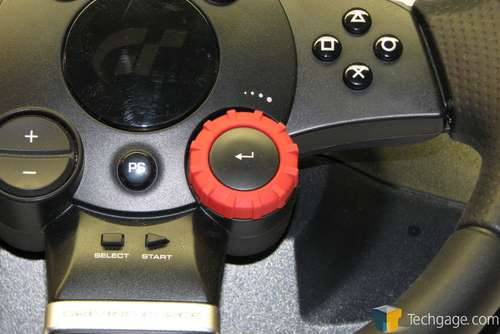 The sequential style hand shifter is permanently mounted to the right side of the wheel. This may pose a problem to those who wish to shift with their left hands, but it isn’t really that big of a deal since us North American drivers are forced to shift with our right hands in the real-world anyways. It is within easy reach and has a nice feel as well. 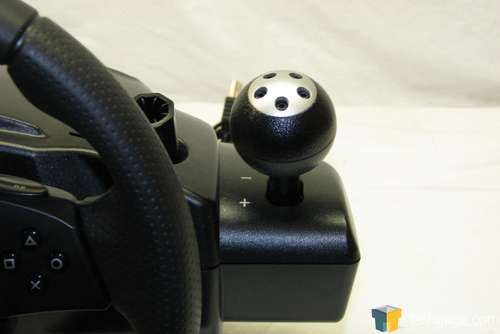 The center horn button is a very nice touch. It lights up with the Gran Turismo logo so you have no doubt the wheel is armed and ready for battle. 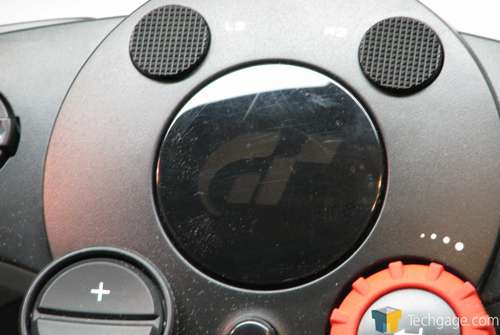 Mounting the base to your table or desk is also a relatively easy task. Logitech calls it the “Dual Clamping System” and it consists of with screw actuated clamps that reach under the base to hold it firm. When using a wheel with force feedback and so much rotation, I feel that Logitech should have beefed up the mounting setup since I did have a few minor issues with everything staying in place. I was able to get it mounted firm after a few tries, but the addition of a third center mounted clamp like the one found on the MOMO would have made it better. There is plenty of reach for those with thicker than normal surfaces as well.

The pedals are next. They may look like standard fare, but I was actually surprised at the nice heavy feel of the brake pedal. It requires a lot more effort than the gas pedal to depress so there is some added realism here. 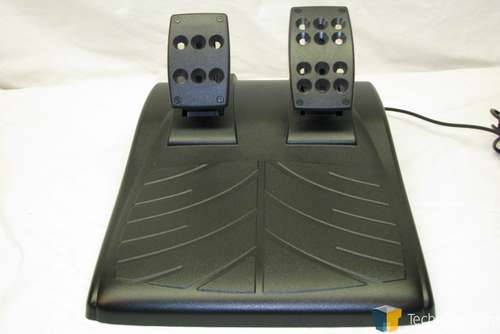 When we flip the assembly over, we reveal the traction devices designed for smooth floors as well as carpeting. The rubber pads worked very well on my hardwood floors and held it firmly in place even when the driving got spirited. 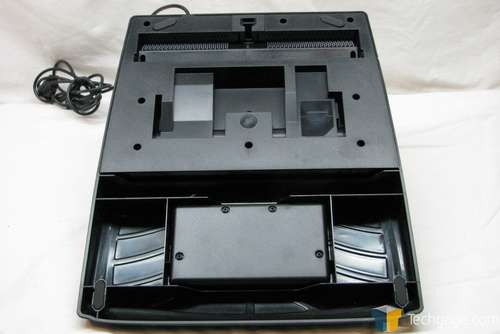 A push of the button and the horned bar designed for carpeting is out and ready for use. I tested this feature out on a rather tight weaved carpet and it gripped very well. Just like the rubber grips, no amount of flailing feet was able to shift the pedals out of place. When putting them away, a simple push is all it took to lock it back up out of the way. 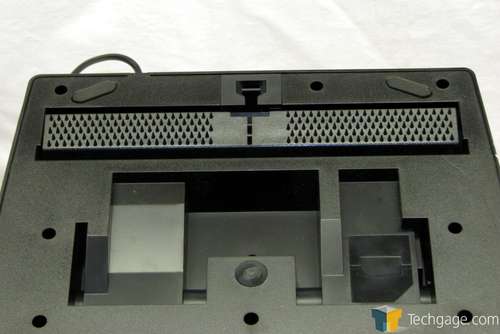 With the close look out of the way, let’s get on with some testing!