If you’re just joining us, here’s what we’ve covered so far: Logitech’s G51 isn’t your garden-variety 5.1 speaker system – it’s the first audio product in the company’s vaunted G-series lineup of products designed especially to cater to the sensibilities of gamers. Here’s a look at the features that Logitech says will make the G51 speaker system especially interesting to gaming types. 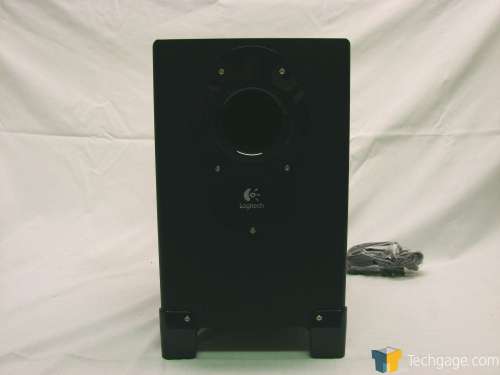 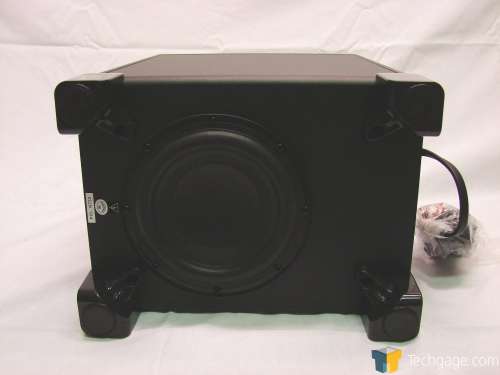 Let’s start with the subwoofer. Compared with the X-540 system that Greg reviewed back in 2006, the G51 subwoofer also uses a 5.25″ woofer, but this one’s much beefier, featuring a heavy paper cone, a foam surround, and an inverted dust cap. The case is made of wood, which we’ve come to expect by now – a wooden subwoofer enclosure resists parasitic enclosure vibration that can ‘muddy’ the bass. 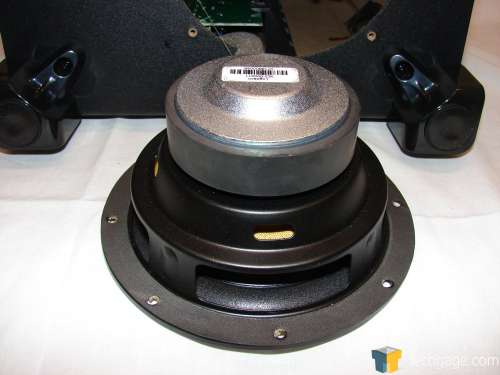 The G51 subwoofer’s driver also features a hefty magnet structure, and an extra deep-draft stamped frame to accommodate plenty of cone excursion. The backplate of the magnetic structure is ‘bumped’, which creates extra room in the magnet structure itself for the voice coil to move without ‘bottoming out’. The additional venting in the bottom section of the frame allows cooling air to circulate around the exposed portion of the voice coil. It’s a substantially beefier woofer than I’ve seen in most speaker systems that use 5-1/4″ woofers. 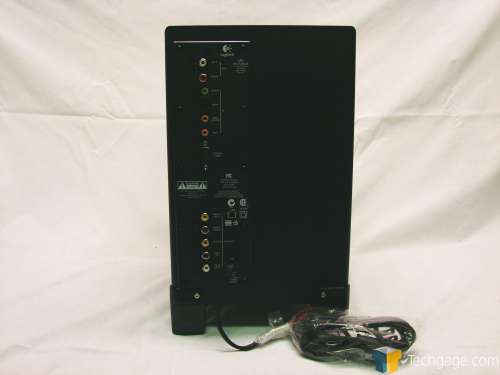 In addition to the beefier bass driver, Logitech has upped the power of the G51 significantly over its cheaper cousin. Thanks in part to the bass driver’s low impedance of 2 ohms (don’t connect the driver to a conventional amplifier), the G51’s 6-channel amplifier can deliver 56 watts to the woofer, which is more than double the power of the X-540’s sub. The rear panel of the subwoofer contains all the inputs and outputs for the system, and each one is color-coded to its connector for easy setup. 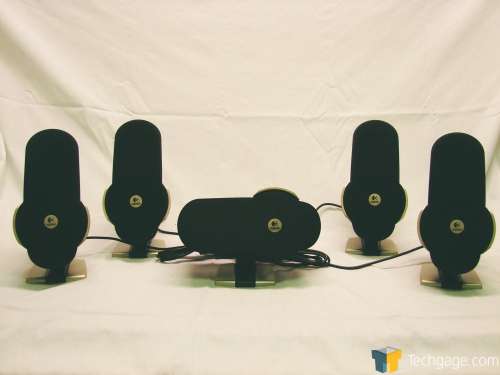 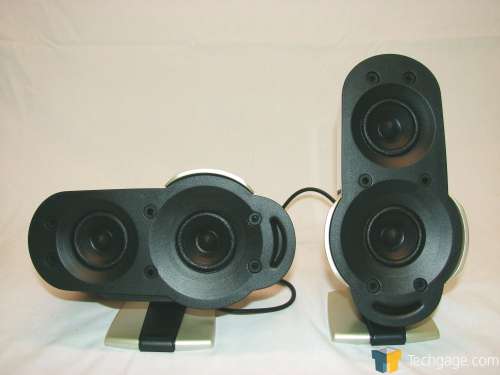 The satellite speakers of the G51 system are larger in size than the X-540’s, and feature full-face fabric grilles, but they operate on the same FDD^2 principle, which helps produce a richer, fuller sound from the satellite speakers that improves integration with the subwoofer. This is done by ‘rolling off’ the lower driver using passive electrical filtering components so that it only works through the midrange and midbass region of the frequency spectrum. This approach gives the G51 satellite speakers a sound that’s more characteristic of satellites with larger drivers, but with the top-end clarity of the smaller full-range cones. 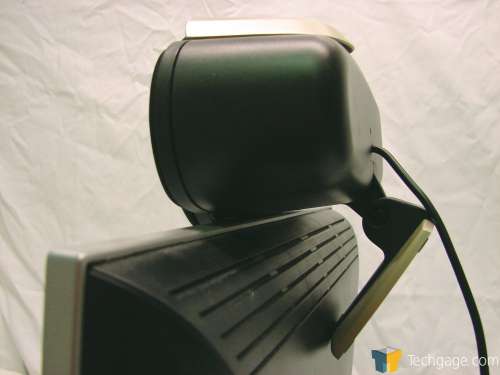 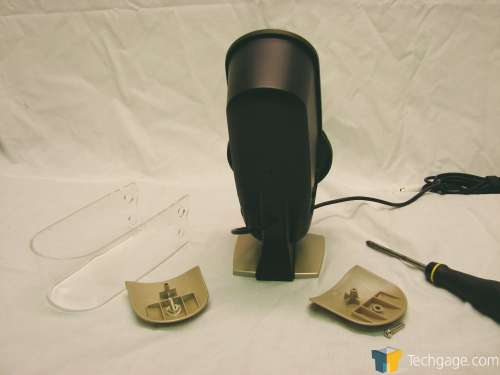 The G51’s center channel features a uniquely-designed stand which allows the speaker to ‘clamp’ onto the frame of a flat-panel monitor, just as with the X-540 system. This is a great feature that comes in handy when you don’t have a shelf above your monitor. Another new feature of the G51 system is a removable plastic shell over the front and rear satellite speakers, which allows you to insert a piece of artwork or colored paper and customize your G51 system aesthetically. 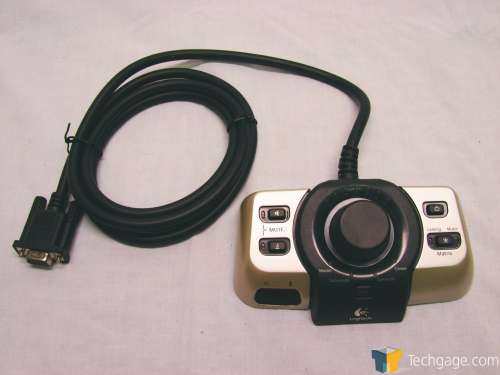 The controls for all functions of the G51 speaker system are housed in a wired control pod. In addition to adjusting volume, the large knob in the center can also be used to individually adjust the levels of the subwoofer, the center channel, and the rear surrounds. The control pod also offers a ‘dual mute’ feature, which allows you to mute the speakers and the microphone input independently. The idea is that you can connect your gaming headset directly to the control pod, and mute the microphone when you need to. The control pod features charming amber illumination to match Logitech’s other G-series peripherals, including the recently-reviewed G15 keyboard. 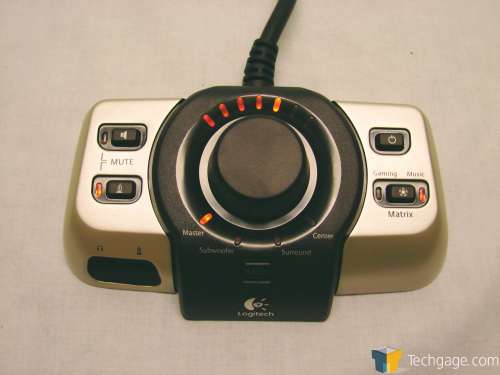 The G51 speakers also feature a dual-mode matrix control, which synthesizes a 5-channel output from a 2-channel signal input. The ‘music’ matrix functions in the same way as other matrix controls on Logitech’s 5-channel speakers, producing output from all satellites that is about even in volume and balance. However, the ‘gaming’ mode boosts the level of the rear surrounds and the subwoofer, in order to generate a more exciting sound for gaming that exaggerates the bass and surround effects.

Now that we’ve covered the major features of the G51 speaker system, let’s move on to some listening impressions.