From this station, you plug the cord into the back of your PC, plug the USB 2.4GHz adapter stick into the top USB port and away you go. On the front of the recharging station, there is a wide opening that allows you to place your unused battery in the charger to charge up while you are using the good battery. This means that when one battery dies, you can place the charged battery into the G7 and place the dead one in the charger itself for use at a later time, when the battery is fully charged again. 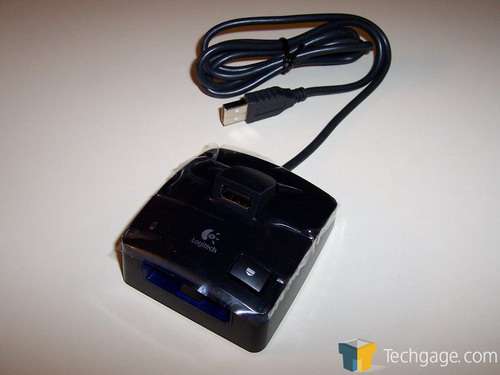 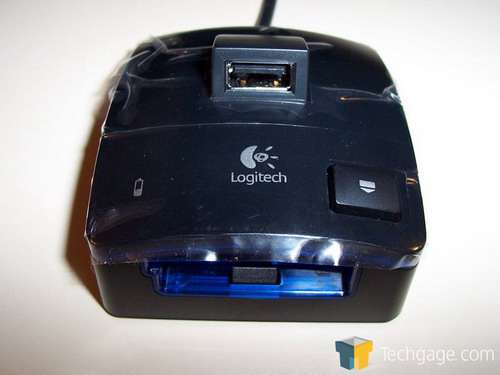 One the bottom of the charging station, there is a switch. Should you be at a LAN event and need to charge up your battery a bit more quickly than usual, there is a boost switch that will push more juice into the battery, forcing it to charge much more quickly than it normally would. Whiles this is a good feature, the power going though the USB bus is higher than spec and should be plugged into your PC directly or through a powered hub. 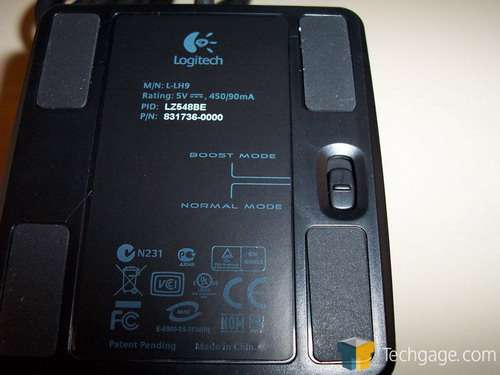 Moving onto the mouse itself, we see that the G7 has retained the famous Logitech shaping and design. The G7 looks identical to my MX518 corded gaming mouse except that Logitech has substituted a classy carbon fiber look for the dented all to hell look of the 518. Notice in the first picture that there is only one button on the side of the G7. Where the hell is my forward button? How am I supposed to switch between weapons in Counter Strike if I don’t have 2 programmable buttons on the side of my mouse?!? 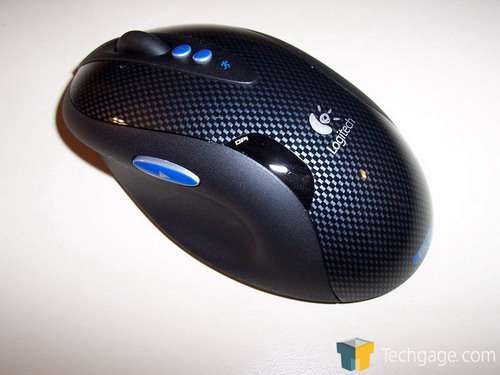 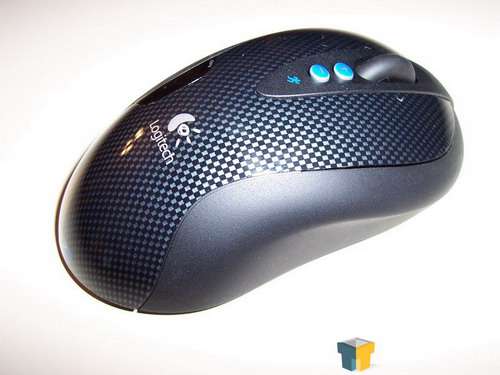 One thing that I would like to mention is that the sides of the G7 have a gritty sandpaper texture to them. This is different than the original G7 and its smooth sides. This is a comfortable feel and allows a better grip on the mouse. 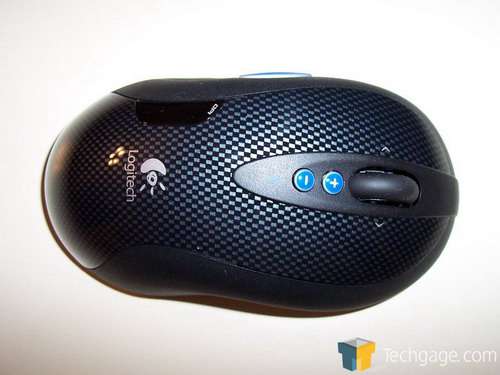 The bottom of the G7 is full of different little buttons, features and information. Logitech is so proud of the laser optics system; they decided to place the statement that there is a gaming-grade laser in the mouse. The G7 has a frickin’ laser beam in it! This is nice because lasers offer a much more accurate reading of motion than their normal optical counterparts.

Just above the optical eye, there is an on/off switch. This does exactly what it says it does; it turns the G7 off and on. This is nice when you are not using the PC and you want to save some of the battery life. 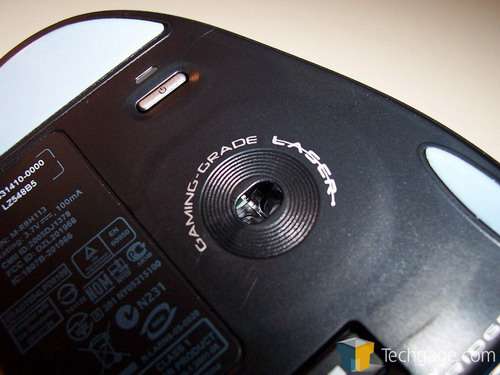 Also on the bottom of the G7 are Teflon feet. These allow the G7 to move over surfaces like butter in a pan. There are 3 pads on the bottom of the G7 with the two on the ends being by far the largest. Also on the bottom is the space for the batter pack. Above the battery area is an eject button. The G7 keeps the same design as the G5 wired mouse but instead of a battery, the G5 had separate weights that allow the user to switch the feel and weight of the mouse itself. This area has been replaced and I for one will not miss the weights. 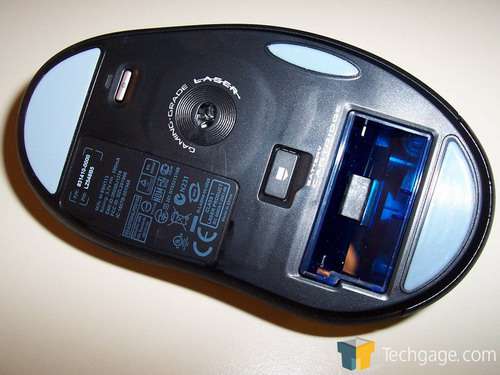 Back on the top of the mouse, on the left side, we see a DPI and battery charge indicator. This is handy if you are unsure of how much battery you have left in the mouse. The mouse switches between DPI setting and battery left on its own. 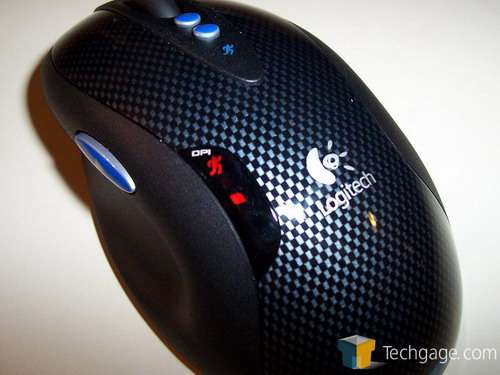 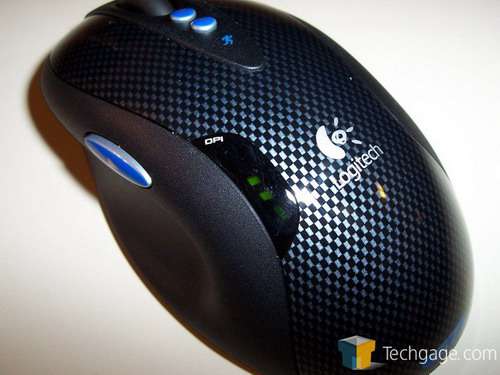