One of the unfortunate effects that has been remedied, but not solved, is the difference between interfaces when switching remotes and products. Generally speaking, remotes tend to have different designs that complement the products they control, so combining them will defeat any sense of coordination.

For instance, a TiVo remote has a traditional dog-bone shape to it and buttons (the TiVo Central button comes to mind) that can’t be replicated with other remotes. Using that product with a “regular” remote would result in a awkward and arguably impaired experience.

The Harmony remote tries to take care that problem by making further use of the touch screen. Physical buttons that aren’t present will show up on the touch screen, so they can still be used. The only problem remaining is habit. It may sound silly to say, but relocating a button to the touch screen makes things feel a bit odd, and take some adjusting to ignore. 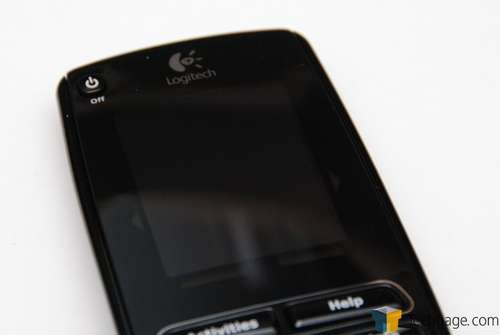 I’m happy to say the physical buttons have not been looked over either. Every single one feels solid and easy to press. Continuing our chats at CES, Logitech noted that every-single button included here was carefully thought out, and actually came to be from all of the beta testers. Each tester was asked to lay out buttons on a mock remote, and Logitech worked with the results to finalize which buttons would be included here. 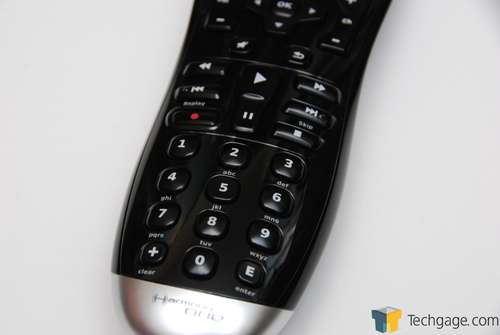 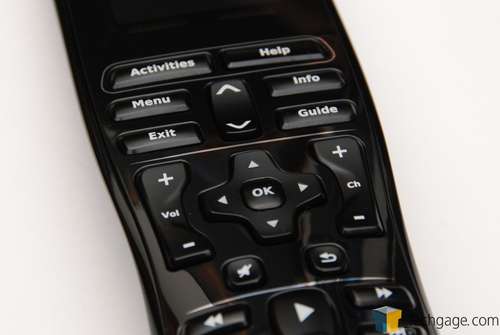 On top of that, each one is molded a specific way so that people can “learn” the remote, and Logitech promises that after a few minutes, users will quickly be able to remember were “key” keys are located without looking down. On top of it all, another benefit is that the keys are also backlit, so every feature can be used in the dark.

Part of the Harmony “experience” that I haven’t mentioned yet is in programming the remote. Every Harmony remote works with software that lives on your computer instead of punching in codes from different manufacturers, and the One is no exception. To start, you install it and plug the remote in using a hidden USB port on the front.

I initially started the installation and configuration on a MacBook, running OS X 10.4 (Tiger), but had trouble completing the configuration. For some reason, the software prompted me to connect a Harmony 1000 remote, and wouldn’t continue from that step. I was forced to install and complete the configuration on a machine running XP and I have heard that the software will not function on Leopard, which may or may not be the case with retail remotes. This leads me to believe the software isn’t ready on the Mac side regardless.

The installation was easy and straight forward. I was prompted to make an account with Logitech/Harmony and put in my devices. The setup I used had a mixture of old and new hardware, ranging from a 480p/1080i EDTV, receiver and DVD/VCR player that have definitely seen better days, a TiVo HD set-top box and Apple TV.

The process works like this: you catalog every device you want to control with the remote on paper, select the device type, make and model in the software, and Harmony should be able to take care of the rest. 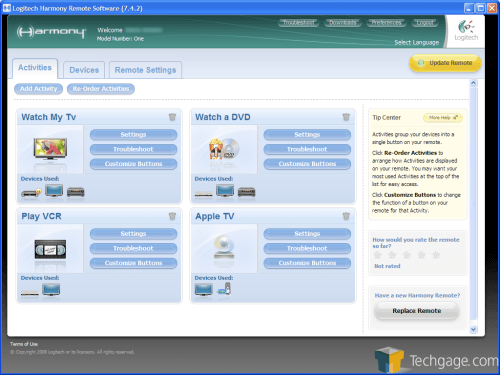 If for some reason Harmony has trouble with a certain device, it will ask you to program it manually and learn the commands, which was the case with some of the buttons on the TiVo remote. The IR sensor in the rear of the remote will pick up these signals, effectively allowing it to teach itself how to control any device. 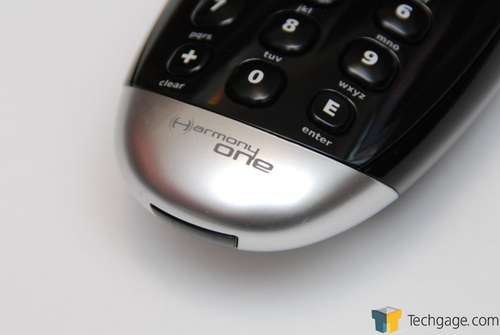 Unfortunately, the remote failed to update properly, and I was left with a paperweight. The remote would turn on, but it would prompt me to visit the Harmony website. Trying to update the remote with the included software only resulted in error messages and instructions to call customer support if the problem persisted.

After a Google search, I discovered Harmony had a web-based version of their software online. I logged into my account, downloaded the appropriate software to allow it to run in my web browser and waited. A few minutes later, my remote came back to life, programmed and ready to be used.