Style. Nice curves. Solid frame. Hard working and good looking. Willing to abide by your every command. These are all important factors you weigh in when purchasing a new mouse. When Logitech released their MX1000 late 2004, it was well received because it had all of these features. Though it wasn’t a gaming mouse, it proved to be the ideal multi-purpose solution for everything else.

What set the MX1000 apart from anything else on the market was the jump from an optical sensor to a laser one. At the time, they promised up to 20x the precision over optical sensors, and it was hard to discredit that. It was indeed one of the smoothest mice on the market. Aside from the precision though, it also proved to be a comfortable mouse, that fit like a glove. This is said about a lot of mice out there, but it was entirely true with the MX1000. It’s only downside, in my opinion, was the slight bulkiness.

In terms of functionality, that mouse also included one of the finest scroll wheels because it was loose enough to make navigation a breeze. On top of that, it was surrounded with another up/down type button to scroll through your pages far quicker than what the wheel could provide. Even further, they added an application switcher and back/forward buttons. At the time, that seemed like far too many buttons on a single mouse, but now it feels just right.

The reason I am talking about the MX1000 in detail is for a good reason. The MX Revolution is it’s successor, so it’s quite simply, an MX1000 amped up. Are the general improvements worth it? Keep reading, and by the end of the review you may just be opening your wallet.

Logitech is one company who generally sticks to similar packaging with each new product release. More often than not, it’s a box with a plastic showcase piece that allows the buyer to see what they are in for. This one is different. It looks like a simple box, but has a flap on the front that lifts up to show off the goods. The box showed up in slightly rough condition I blame the shipping company. 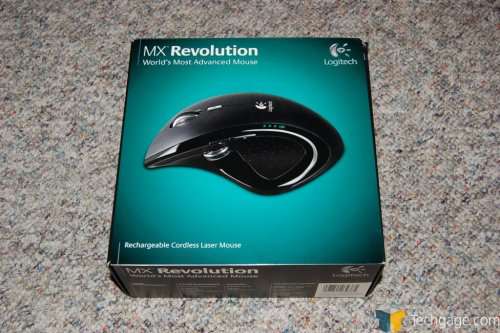 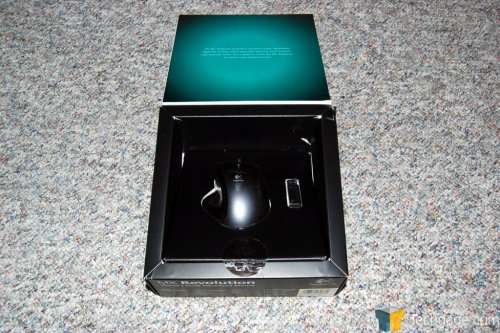 After lifting out the mouse and receiver part, you will reveal a CD-Rom, AC adapter and charger base. Note that the software here is 3.01, but the retail version will include an updated version (3.1) that fixes a few small bugs related specifically to this mouse. 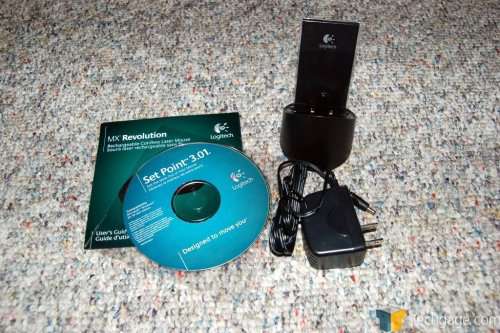 Here is the stylish looking charger base. Note that it is just that… a charger base. Unlike most other Logitech wireless mice, this does not act as a receiver, which to me is a great thing. Instead, we have a mini-receiver which we are used to seeing with notebook mice. 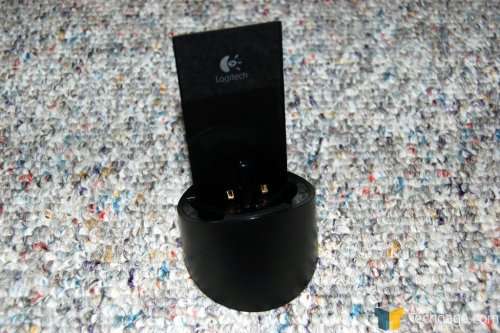 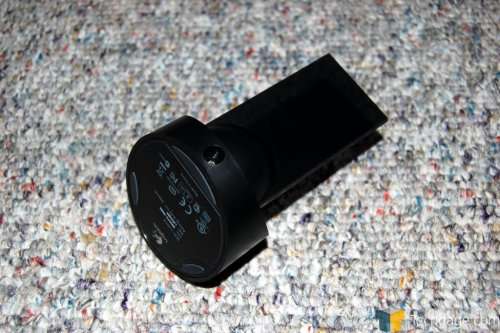 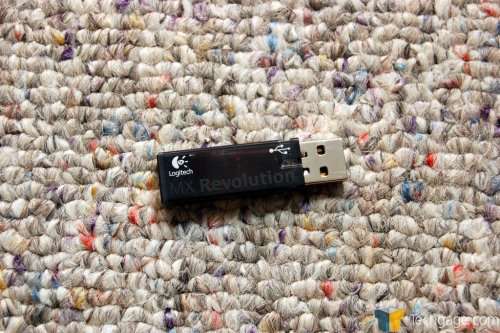 While the idea of an extra piece of equipment seems needless, I do believe that having a charger base and receiver separate is the way to go. The way the bases are designed, they allow to have multiple Logitech mice and keyboards hooked up at a time. When this happens, it is difficult to ‘un-link’ them. I found this out in the past when I gave a family member a spare MX1000 I had, because their mouse died. Well, I was confused when I sat back down at my PC to see the cursor floating freely, randomly clicking on anything in it’s path. So having two separate pieces will solve this problem.