Logitech has an extensive line of headphones and microphones. So how do you go about choosing which one would fit your needs? Today I will be review the Logitech Precision PC Gaming Headset, and hopefully will make your choice a little easer. 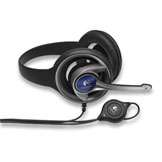 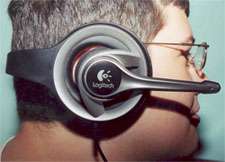 I constantly listen to music. I go mad if I am programming and it gets to quiet. The variety of the music I listen to is vast. Everything from classical with Mr. Holland’s Opus, to hip-hop with the Black Eyed Peas, to techno-trance with Paul Oakenfold. I have to be honest, right out of the package, the sound quality sucked. It almost sounded like there was no bass. This however, was easily fixed with fine-tuning my sound cards equalizer.

I will be testing the full usage of the headset with one of my favorite new games. It is a squad based First Person Shooter (or FPS) from EA called Battlefield 2.

In Battlefield 2, a good gaming headset is key. In this FPS, you can either go lone wolf, or be apart of a 6 man squad. If you choose the latter, your microphone has to be topnotch. If communication is not there, it is very hard to accomplish anything. And there is no way to communicate with the commander if you’re the squad leader if you’re with a mic. This being said, I plugged in my new headset and jumped right into battle. 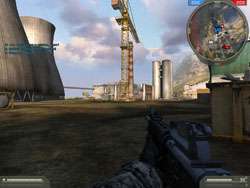 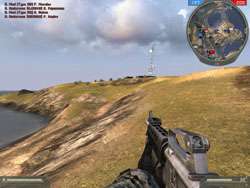 First off, the sound was incredible. Gunshots were frightening realistic and I could here in what direction footsteps were coming from. After playing for about 2 hours with the same squad, I asked my friends how well I came through. They wanted to know what headset I was using because the connection was so pure; it was only second to being at a LAN party and having me right next to them.

There is no question that this headset lives up to the Logitech name. If you are looking for a headset to use for both your extended game playing and music listening needs, the Precision PC Gaming Headset is the one for you.

Have something to say? Agree or disagree with the review? Make your voice heard in our related thread, where you do not have to register to post. But *please*, input a name!