Logitech recently announced at this months CeBIT, that new Headsets were on the horizon. We are reviewing their top model, the Premium USB Headset 350, which they promise to provide superior input and output sound, and great comfort. How does it do? Check out our review.


Another nice feature, is the volume control on the cord, giving you quick access to increase or decrease it. This control is bettered by the fact that the Logitech logo is actually a button, and when pushed, will mute the microphone. So if you are using it, and have to sneeze, let’s say, you could push it to mute it. When you are done your business, you can un-mute it to resume chat. The other bonus, is that the volume control piece can clip onto your shirt, pocket, or wherever. 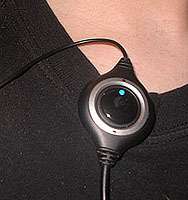 The absolutely only gripe about the headset, is a gripe I tend to have with every other headset. I wear glasses.. and while wearing the headset, it tends to push on the ears, and make the glasses one with your head. So, if you wear it for a lengthy amount of time, IE: An hour or more, your ears may be a little sore when taking it off. So if you wear glasses, and are worried about these types of effects, you may wish to consider a Headset with smaller earpads, or ones without a pad for cushioning at all, something like these. However, I found that opening them further, to ‘stretch’ them a little, helped a fair amount, as it made them a little more loose on the head.

To test the headset, I am going to compare my thoughts of it, compared to a standard pair of Headphones. I also tested the headset in one of my favorite games, Counter-Strike Source.

A lot of times, you purchase a headset and the recording quality may rock, but then the sound quality sucks. I have a standard headset, and the sound is just that.. crap. If you didn’t want to use the mic, you would never use them for listening to music, playing a game, or whatever else. However, with the 350’s, I have found myself using them for everything. Now my Panasonic pair [Discman style] are just sitting, gathering dust.

The sound quality is very good. I constantly listen to music.. all sorts. My tastes range from Punk, Rock, Dance and Metal. All types of music sounded GREAT on these headphones. I directly compared these Headphones to the current ones I have, and 350’s sounded better in all the tests. Since the earpads are nice and cusioned, it automatically sounds better because it cancels some outside noise.

Being a team based game, having a good a good Headset is a plus. Communication is a must, so I was itching to give them a go. While playing, I noticed how clean the sound quality was. I have not been using an especially great pair of headphones prior to this, but with these Headphones, I was much better able to hear where people were coming from. Sound quality overall was much better than before. 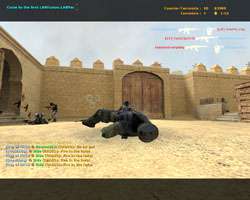 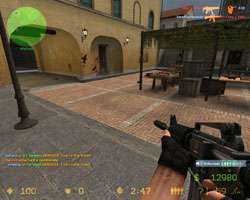 After play, I asked my friends how well I came through.. if there was static, or if I was unclear. I was told that I came in loud and clear, that the sound was crisp. I was also accused of not sounding like a Canadian [which I am].. whatever that means. So, if you wish to test out your different accents.. here is a great opportunity :P