by Rob Williams on February 20, 2007 in Peripherals

Last week we took a look at Logitechs top end webcam, the Ultra Vision. While it’s quality is unsurpassed, the one we are taking a look at today is for people always on the go.

The first thing you will see after installation (and restart) is the Logitech QuickCam panel and also the QuickCapture screen. Once here, it prompted me if I wanted to enable the RightLight feature, which I quickly agreed to. One thing you may notice though, is that there is no reasonable picture quality here, even after activating the option. 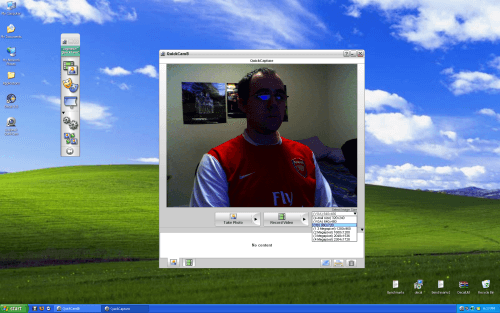 Now, I had wondered if -somehow-, my red soccer shirt was causing a conflict of interest, so I took it off. I took it all off. Sadly, that didn’t help things in the least. For comparison, take a look at a similar shot using the Ultra Vision: 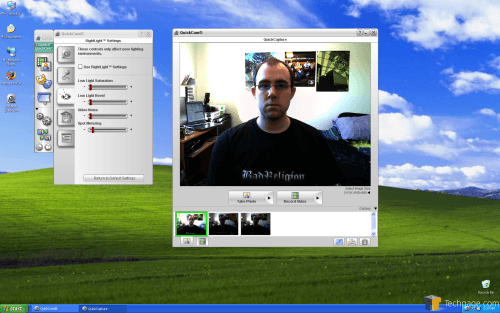 Even there I am not entirely impressed, but for webcams it’s superb. After disabling the RightLight options and altering the options myself, I had a far better result. 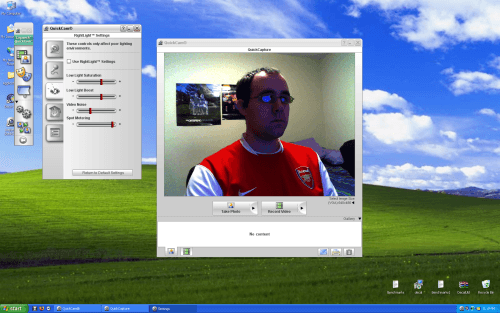 In that photo, the shirt and back wall are spot on… very accurate. My face however is more blue than anything. I am unsure why I had such bad luck, but it could be a combination of things. I may not have had an ideal environment for the RightLight to do it’s thing, so I may have been out of luck there. All of these images were taken at night with two 100W lightbulbs taking care of light. Chances are if you have better overall room light (such as natural sunlight), then you will have slightly better results than I did.

The combination of lights/darks in the frame may not have helped much. After reading other reviews around the web, I seem to be one of the few with such issues. Looking at the shirt and the wall in the back, I can tell this camera has great potential. I was just unable to understand why my face had the worst luck of anything else in the frame.

Avatars was an aspect I wanted to play with right away though. It’s the same feature I saw at CES that impressed me a -lot-. Basically, if you are having a bad hair day, had too many cupcakes, look like a real computer geek, are on the run or simply want to have fun, you can change your avatar to something more enlightening. Like an alien for example. 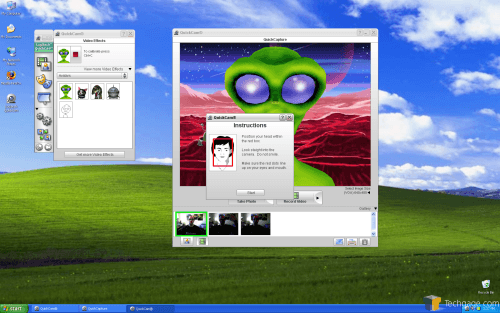 Before this feature will work properly though, you will need to calibrate your face to the camera. The instructions are easy to follow and you will wind up with a result like this: 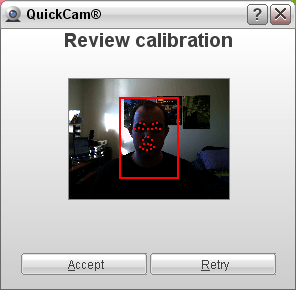 Other default characters include a dinosaur and… pencil drawn figure dude. 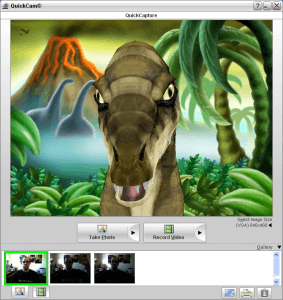 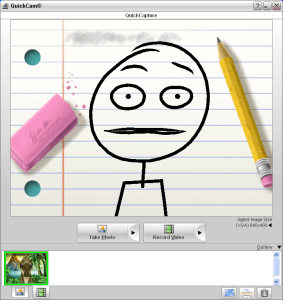 While the QuickCam software only installs five of these avatars, there are over a hundred more at your disposal on their website. While at CES, Logitech told us that they would be regularly uploading new avatars each month. 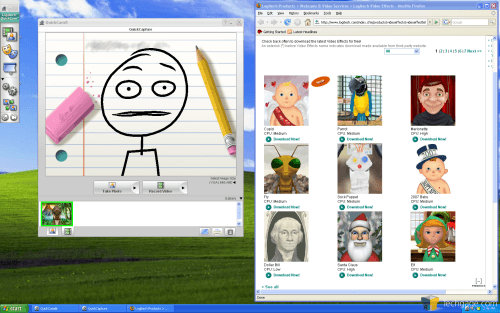 Another clever feature is the ability to use a privacy shade. Simply put, it loads a graphic overtop of the webcam driver, so people on the other end cannot see you… just the image. This is a perfect solution for web voyeurs, when the only thing hardcore is their craving for privacy.

In the end, I am two sided in deciding the Notebooks Pros fate. First off, it’s a great webcam for those who are always on the go. It’s compact, well-built and has a microphone built-in. But on the other hand, I can’t say I was -that- impressed with the overall image quality. Granted, I am toying around with an incredibly small lens here, but I am still confused as to why everything else in the picture looked great, while my face had such a shade of blue. I had thought that maybe the blue background on my bright LCD was the problem, but it wasn’t. Changing the background color to white didn’t change the image in the least.

On the good side, this camera is portable and you do get what you pay for. The software is extremely robust, which is a huge plus. It works seamlessly with all of the popular IM clients, so that will be worth it by itself to some people. In the end, the price is reasonable for all that’s included, so I am awarding it a 7/10.