If you are on the road often with your laptop, you know that it can get tedious after a while using the touchpad or track ball. That’s why there is a substantial market for notebook mice, but they are still not for everyone. Although they are far more compact than desktop mice, that benefit is usually it’s own shortfall. As far as notebook mice go though, they are not usually feature packed, but have exactly what you’d expect from a standard mouse, two buttons and a scroll wheel.

A few weeks ago, I took a look at the Microsoft Wireless 3000 notebook mouse, which I enjoyed. Despite it’s very small size, it was comfortable and had all the features I needed. Best of all… it was wireless. If your notebook is wireless, why not your mouse? The mouse I am looking at today is arguably Logitech’s answer to the previously mentioned mouse, but its amped up in a few ways.

Let’s take a look at the product specs before we get into the design.

The V450 arrived in the usual blister pack, which I hate. I’ve said it a hundred times. These packages do not open easily, and the chances of you cutting yourself are far greater than other package schemes. What’s wrong with shipping a product in an easy open package, like memory manufacturers use? Either way, the package does a great job of showing off the mouse we will be using within minutes. 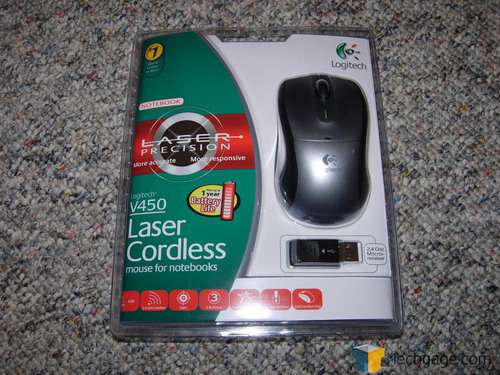 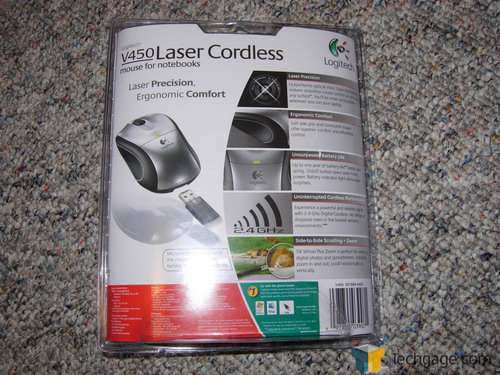 The “1 year battery life” on the package gives us our first advantage over the Microsoft 3000, which only had 6 months prospected life. The back of the package explains features the mouse has, including the fact that it has a freakin’ laser instead of an optical sensor. With the mouse, we have two AA Duracell batteries, a manual and CD and then the 2.4GHz receiver. 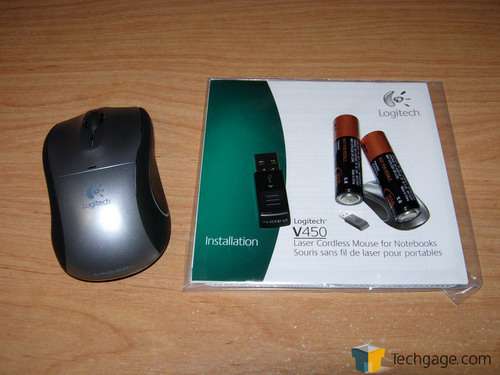 Two batteries? Yes, the projected one year life is with two batteries. Since the Microsoft mouse only needed one battery for six months, we are just about evened out. Maybe there is not such a benefit afterall ;)

As you can see in the picture, the received compared to a Quarter is small. It’s a good thing you can store the receiver under the mouse, because that’s just screaming to be lost. 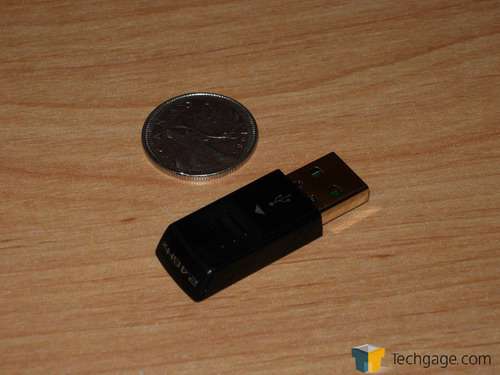 The mouse is two-toned, black and blue similar to their Wireless MX3000 keyboard and mouse. The mouse is contoured to feel good in your hand, and have a very similar design as the Microsoft 3000. After using the V450 though, I have to say I do prefer it’s feel a tad more than the Microsoft mouse. It seems slightly larger in the hand, and just feels more comfortable. 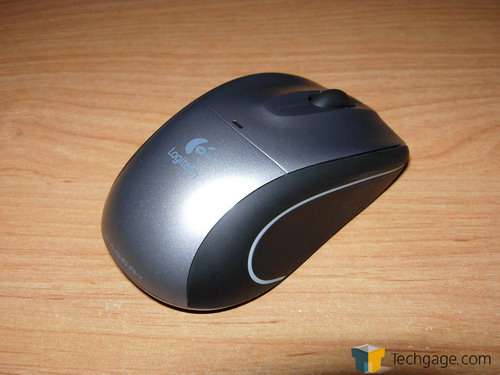 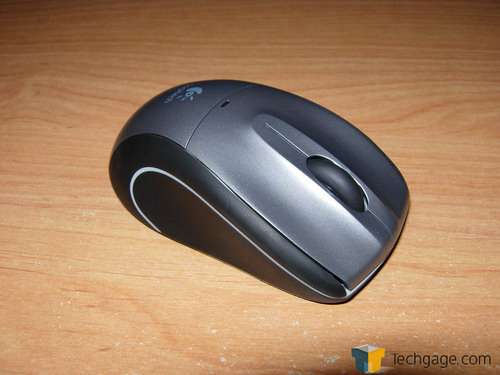 The mouse comes complete with a left and right button, and a scroll wheel. Nothing fancy here, although the wheel does click left and right so you can navigate large documents or pictures easily. I have never been a fan of this concept, because a scroll bar at the bottom is far quicker, but your opinions may differ. The mouse doesn’t have any thumb buttons, but of course this is a notebook mouse. There’s not too much to expect except for the basics.

The front section of the mouse that has the Logitech logo pops off with a button underneath, so you can install the dual AA batteries. 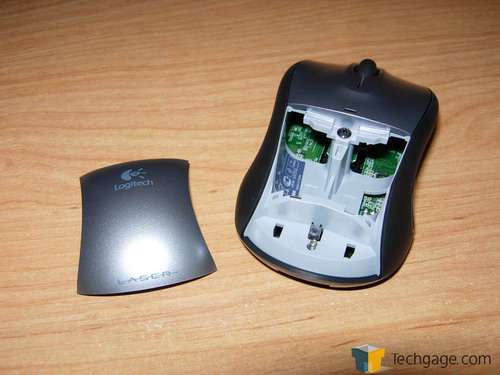 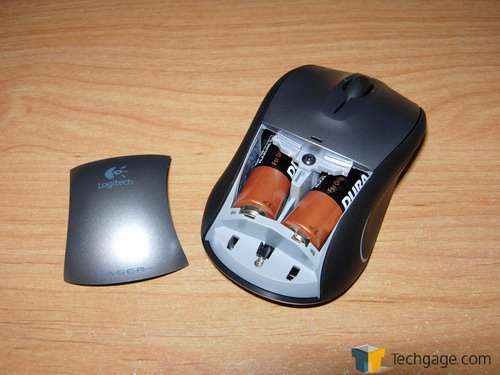