Speaking of underneath the mouse, the V450 took care of a problem that I found with the Microsoft mouse. That mouse had the capability of storing the receiver under the belly of the mouse, but due to it’s size it completely stuck out. Because of that, there is a likely greater chance of it falling out during travel. The V450 however, has a receiver much smaller so it has the capability of completely sliding into the mouse and remain flush with it. The receiver will appear invisible until you want to take it out. There will be no worrying about losing it. 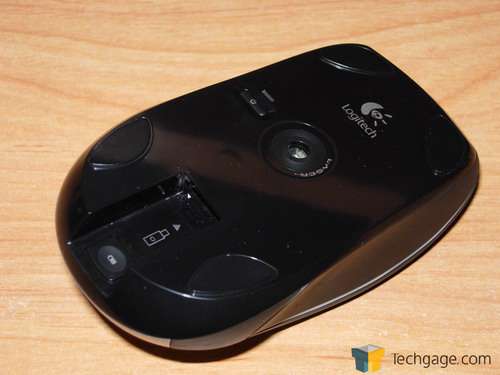 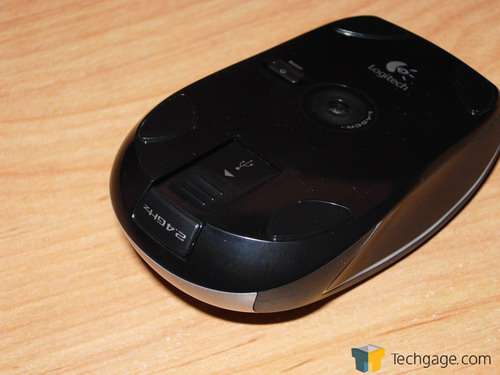 Yet another benefit the Logitech mouse has over the MS 3000 is the fact that you can turn it off without having to remove the battery. This is a good way to conserve battery life. Although if the mouse is left idle anyway, I am unsure how much extra life this will buy you.

Because I primarily use Linux on my laptop, I always make sure it works there first. Just as I experienced with the MS 3000 mouse, the very second I plugged in the receiver, the mouse was working. This is what I call a quick installation! Linux detects it as a “Logitech USB Receiver”.. twice. I assume it classifies it as two devices because of the receiver and the mouse are separate. Either way, the only thing that does not work is the side scroll feature. Some third party Logitech applications may help it function though.

In Windows, the mouse functioned 10 seconds after plugging in the receiver. Far better than the Microsoft 3000, which took almost 3 minutes. The CD that they include with this mouse is for use with Windows, and contains SetPoint 2.60a software. SetPoint hasn’t changed as far as I can remember, but offers you full control over the configuration.. including gaming support. Here are a few screenshot’s: 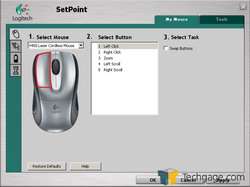 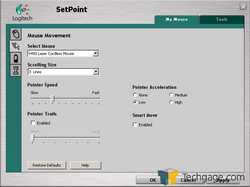 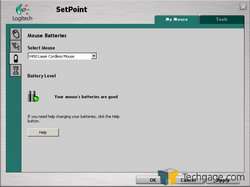 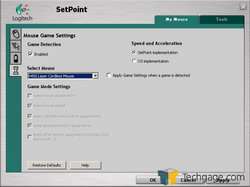 To test the mouse out, I focused on normal usage. As one would expect, the mouse is -very- precise. This is important if you plan on gaming while you are on the road, although I assume most people will still bring along a regular sized mouse for that. The only real complaint I have, would be the scroll wheel could be a little easier to press. It’s not tough to push by any means, but because of the size and design, I feel it would be a little bit more comfortable if you didn’t have to push -as- hard as it requires. 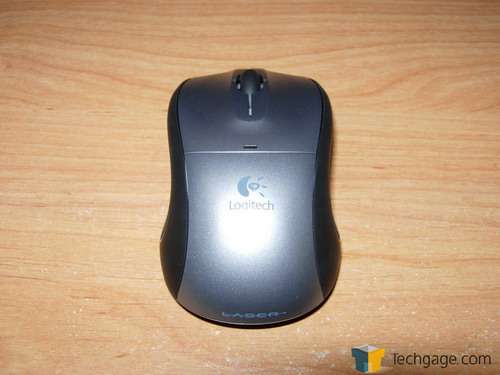 Either way, this is a great mouse. I tested with Neverball under Linux and the mouse performed exceptionally. I for one, am not one to game with anything but a standard gaming mouse, but this proves to be a solid alternative. Even gaming aside though, I would still sooner bring along a wired mouse before I would a wireless notebook mouse. The size is just not for me. Bigger is better in this regard.

If you are one of the people who do enjoy notebook mice though, you will -love- this one. It performs extremely well, is as precise as any other notebook mouse out there, has complete configuration through SetPoint and best of all… is wireless. It has a freakin’ laser, so how could this mouse be bad? The V450 is not in retail channels currently, but should be within the month. Logitech has set the SRP price at $50US, but you can bet it will likely be less than that when it arrives at some e-tailers. 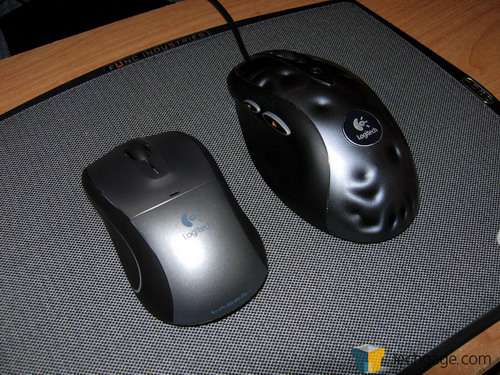 I am awarding the Logitech V450 an 8 out of 10. I prefer this mouse more than the previously reviewed Microsoft 3000 Wireless Notebook mouse, but it will receive the same score. The primary reason is due to the V450 costing up to 75% more. The Microsoft mouse currently retails for around $26US, and if the V450 arrives at even $45, it’s still quite a hike. Either way, if you prefer quality over a few extra bucks, you won’t regret waiting for this one.