The Logitech X-240 is Logitech’s smallest and least-expensive 2.1 speaker system, and is comprised of a subwoofer, two satellite speakers, and a wired remote that doubles as a cradle for a music player. 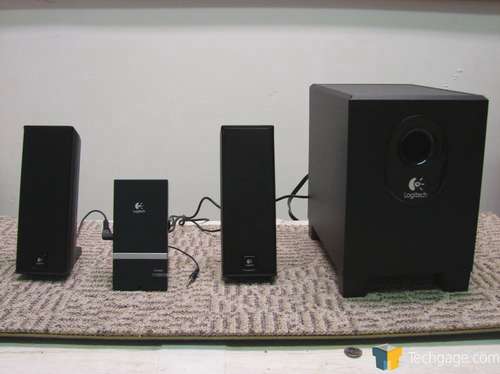 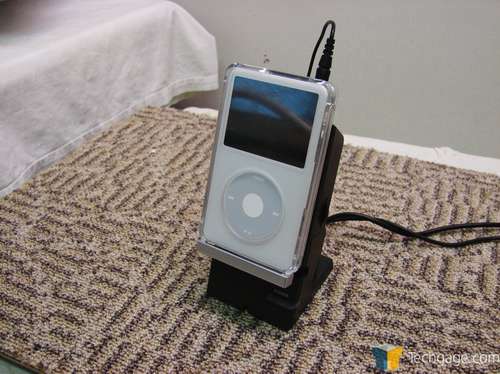 The wired remote shares the same slim, angled profile as the satellite speakers. A small, silver-colored plastic shelf slides out from the front, creating the cradle for the music player. When not in use, or if you don’t plan on using the X-240’s music player integration features, the shelf sits flush with the front of the wired remote, blending in nicely.

A tiny cable with a 3.5mm stereo miniplug connects into the line-out jack on your music player, so the X-240 is compatible with just about every MP3 player out there, as well as every flavor of the Apple iPod. The shelf isn’t very secure, however, so be careful to place the stand in a place where it won’t be knocked over. 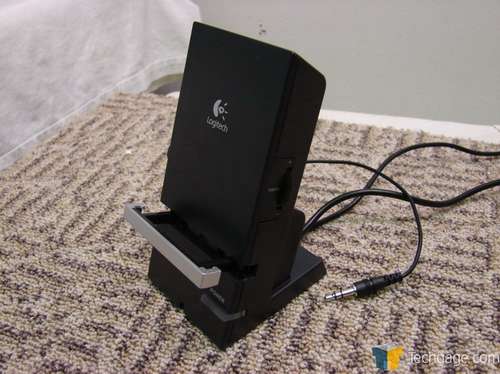 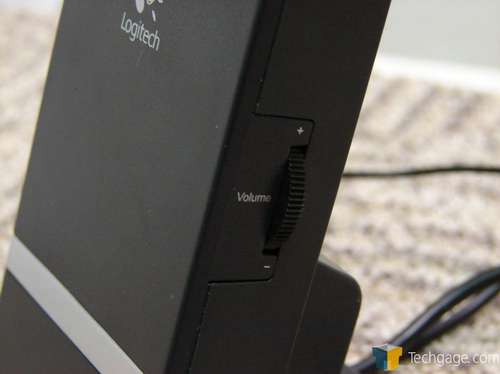 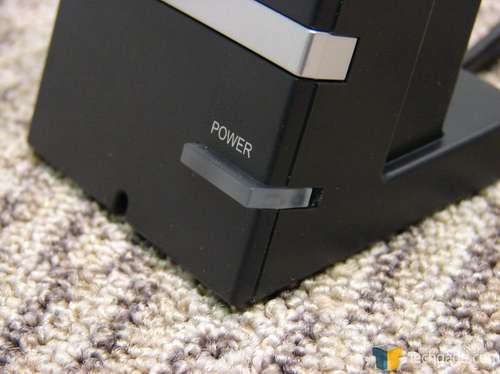 The X-240’s satellite speakers feature an elegant, angular slim-profile design, with a tasteful full-face perforated metal grille. Behind each grille is a single 2″ paper-cone wideband transducer. Logitech claims that these drivers have a longer excursion (the distance that the cone can move before major distortion).

Extra linear excursion means that the driver can move more air, for fuller sound at the lower end of the driver’s range. The rest of the enclosure is simply molded plastic. The material and design of the cabinet can have a large bearing on the overall sound of the speaker, based on how much of the sound energy is stored in the enclosure itself. Poorly-done plastic cabinets can cause a “cupped” or smeared sound, but I’ll reserve any judgement for the listening tests. 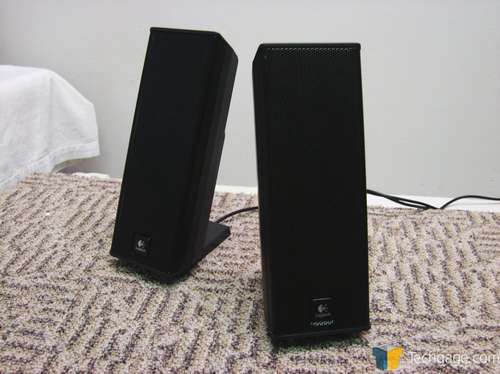 The subwoofer included with the X-240 system is on par with other offerings in its price category. Logitech outfits the subwoofer with only a 4″ woofer, so don’t expect this system to set new standards for low bass performance. The cabinet is a vinyl-wrapped particleboard affair, with a front-firing reflex vent.

Removing the tiny woofer lets us take a look inside the enclosure. The amplifier is mounted inside the rear panel, while the AC transformer is bolted to the bottom of the enclosure. The woofer itself isn’t exactly the beefiest 4″ woofer I’ve ever seen, either. Some serious sonic compromises are to be expected at this price point, however. 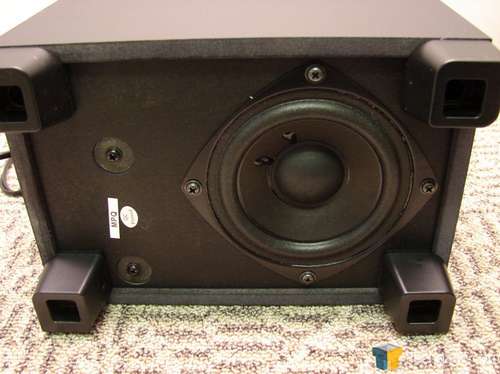 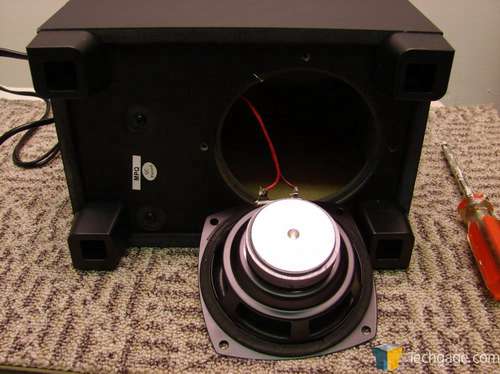 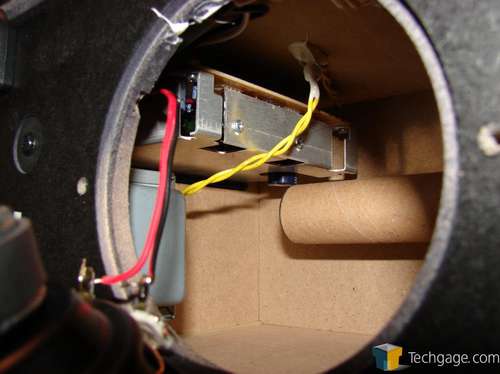 Little subwoofers tend to be more annoying than anything, cranking out distortion and bloated midbass, but this is one small computer subwoofer that’s less annoying than most, thanks to Logitech’s inclusion of Dynamic Bass Equalization technology. Dynamic Bass Equalization improves the level of bass response at low volumes, or in program material that’s lighter on the low end, but its functionality is two-fold.

It also prevents the tiny subwoofer from trying to be anything more than it is. When powerful bass transients come along that the little 4″ woofer could never dream of faithfully reproducing, the circuit begins to compress the level, keeping the woofer from “farting”, or belching out copious amounts of distortion. Essentially, Logitech has created a “smart” subwoofer that knows how to keep things from getting ugly when you crank up the level. 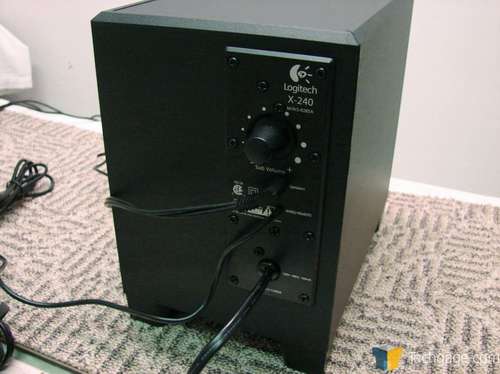 This may not seem like much, but when you consider that most speaker drivers (except the most inefficient) can produce 85 dB or greater sound levels with only a 1-watt input, these numbers look a bit more acceptable. In fact, to add 3 dB to the overall level, the power input needs to be doubled.

Now that we’ve had a look at the major features of the X-240 system, let’s move on to the listening tests, where the rubber really meets the road in any loudspeaker review.