For those of you not turning your PC on for the first time, Logitech really needs no introduction. However, to be fair of those who might not know any better, Logitech has been a staple of the PC community for the past 25 years offering gaming peripherals, audio solutions, presentation hardware. Basically, if you can plug it into a PC or make it work with a PC, more than likely Logitech has something for you!

With that said, today we are taking a look at Logitech’s X-540. The x-540s are a 5.1 surround sound speaker system designed with the ‘ballin’ on a budget’ group. Weighing in at an MSRP of $99.99 (US), the X-540 should be obtainable for all but those on the tightest of budgets. On paper, the X-540s sound good but our goal isn’t to read the press sheet, but rather to find out how they perform and if they are worth your dollars. Do they provide a level of immersion in games and if so, how well do they do it? How do they sound when watching a movie or just listening to MP3’s or an iPod. Let’s find out.

Upon arrival, the X-540 speaker system came in its retail packaging. The box is rather big but not cumbersome at all. On it, you will find any and all information that you could want to know about the speakers. The thing that stands out the most to me is the claim that the X-540 will work with your gaming console, DVD or CD player, iPod as well as your PC. This is nice for me as I run my XBOX 360 though a Dell 24′ 2407 LCD and because it’s so close, using the X-540s for the 360 is a convenient little extra. 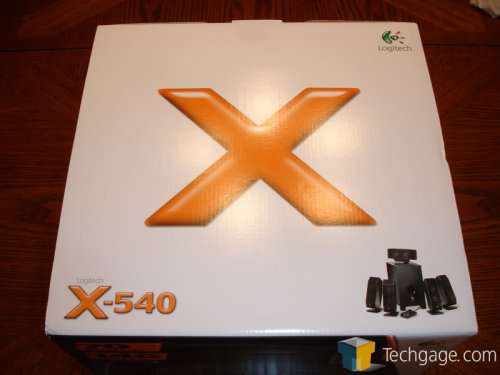 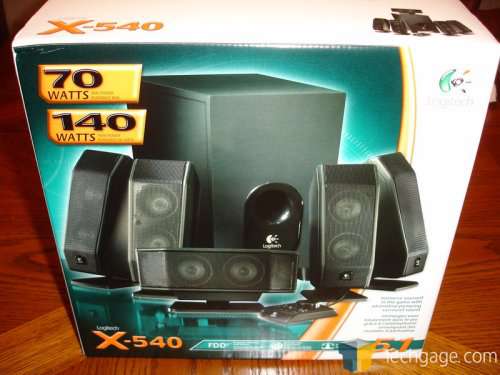 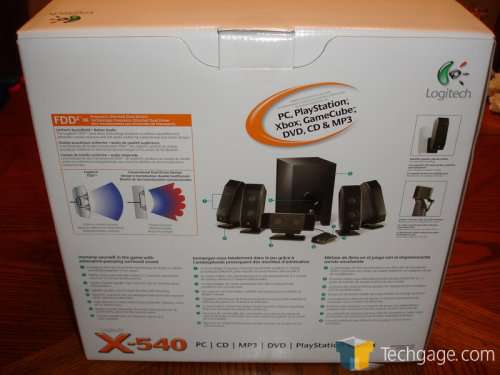 Once open, we see the X-540s securely packaged in styrofoam, and a manual. Once removed, we see the subwoofer and the satellite speakers in all their glory. 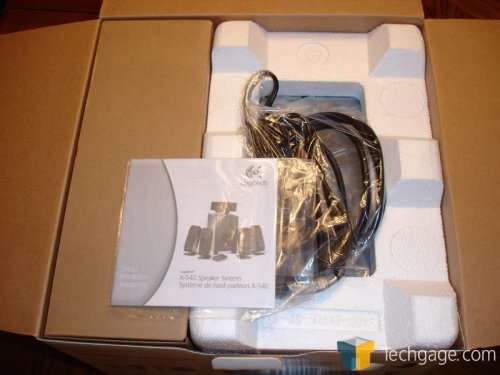 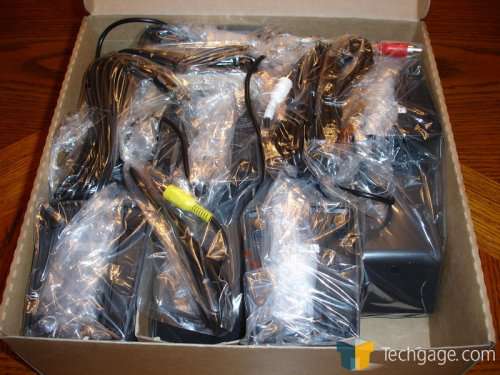 The sub itself is large compared to it’s satellites but certainly not unmanageable. The sub has an open port in the front to allow the air movement in the box. On the bottom of the sub, we see the speaker itself. For whatever reason, Logitech decided that the speaker did not need to be covered so should you decide to purchase the X-540s, please be careful as a little mishandling of this could ruin your entire setup. One thing I do like is the rubber feet on the bottom of the sub. This should protect any surface against scratching should you not place the sub on the floor. 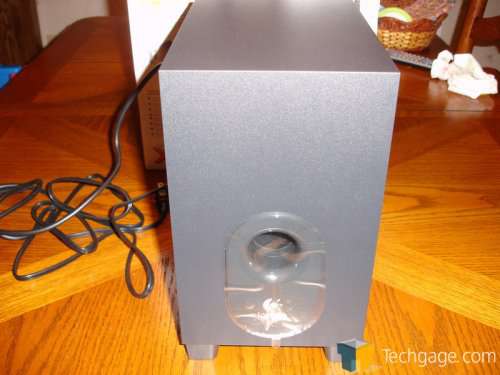 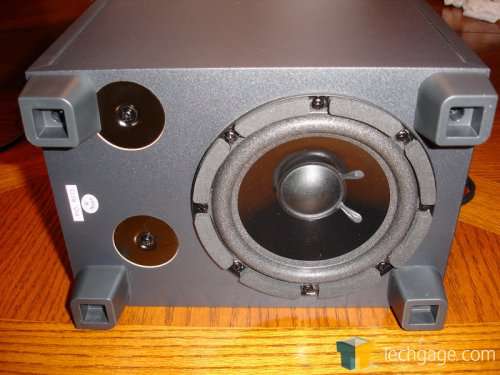 On the back of the sub box, we see all of the connections for audio in as well as audio out to the satellite speakers. Also, there is a corded remote that you use to control the X-540’s volume and this cord also comes out of the back of the box. 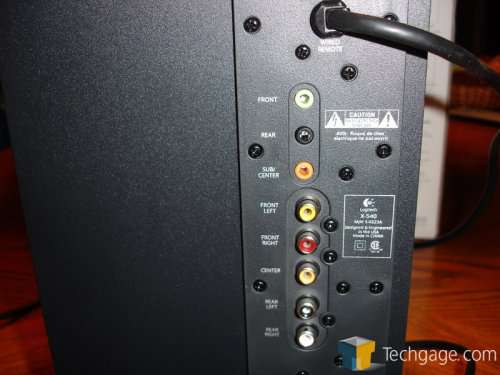