There is one huge reason why many have overlooked Gentoo in the past. In earlier versions, to install the OS you’d literally want to devote an entire day to it. Even then, you *really* need to understand Linux and your computer well, or else things are just not going to work out. Sadly, the installation speed hasn’t seemed to increase any, but it will really depend on how many packages you install. 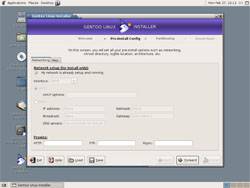 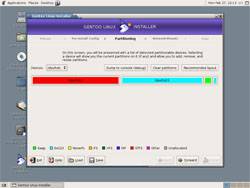 At the GNOME desktop, you will see two icons related to installing Gentoo. One is for a command line interface while the other is a graphical installer. I haven’t dealt with the command line, because I couldn’t wait to see how cool the GUI installer is. Upon opening it up, you are greeted with a very clear message: 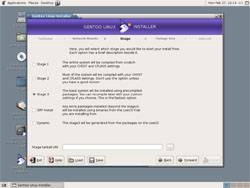 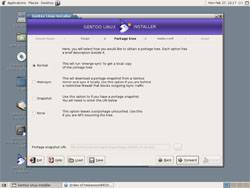 One thing I immediately noticed, is that there were options to load and save install profiles. I quickly went through a quick install process and then saved the profile to my thumb drive. Upon rebooting and loading the interface, it told me that there was an error in the profile and it could not load. I don’t know why it didn’t work, but it could be a simple bug. If it works properly other times though, it would prove extremely useful to speed up future installs. 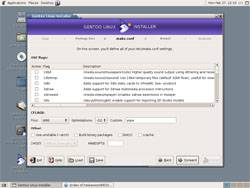 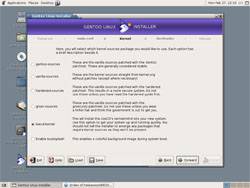 The first step of the installer allows you to set up networking. Because my internet supports DHCP, it was working off the get go so I didn’t have to do anything. If you need to specify your IP and DNS then you will need to edit all the options here. Instead of having to rely on FDISK like in previous versions of Gentoo, the GUI partitioner and very simple to use. You can’t take and resize NTFS partitions as far as I can tell. Before I started the Gentoo LiveCD, I created an empty 30GB partition. When I got to this point, I simply clicked on Recommended Layout and it automatically created the boot, root and swap partitions for me. I found this *very* helpful and time saving. 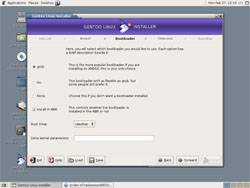 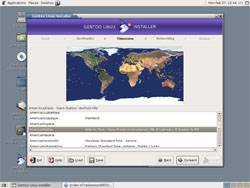 Because I had mounted my thumb drive, I was able to choose that as a drive in the drop down. I am unsure if I could have installed Gentoo to my drive, but I want to play around with that possibility at a later time. If anyone has successfully done this using the installer, let me know!