After a long hiatus, the infamous Max Payne is finally back. But before you think he’s been living the good-life since the last time we checked in, think again. Beaten down and lacking any feeling of self-worth, we continue the Payne saga by getting an honest job protecting a wealthy family. What could possibly go wrong?

A mechanic that was popularized with the original Max Payne is bullet time, and as mentioned on the previous page, it makes a return here. When activated, the game slows down to a crawl, allowing you to better aim at one or more enemies – perfect for building up headshot counts. To use it, the bullet time meter next to your character’s health and ammo count needs to have some juice to it. This meter grows as your fired at – if five or more people are shooting at you at once, it can fill up fast.

Continuing the bullet time theme, Rockstar added two more modes to the game; “last man standing” and “shootdodge”. The former was mentioned on the previous page, where before dying, you’ll get one more chance at life if you kill your killer. Shootdodge is similar to bullet time, but where you jump sideways, backwards or forward, so as to dodge oncoming bullets. Shootdodge requires the bullet time meter to use, while last man standing uses one pill bottle.

Max Payne 3 brings something else new to the series; a cover system – and trust me, this is imperative to survival. When taking cover behind something, you’ll have two options: you can look over top of it when the time is right to take the shot, or take the safer route by shooting people in their general direction while remaining in cover. The latter is not nearly as effective, but if you’re low on health and pill bottles, you’ll be thankful the option exists.

To do this killing, there are at least 15 different weapons to help, including pistols and revolvers to shotguns and rocket launchers. A major omission is a lack of grenades in the single-player campaign. Y NO MOLOTOV LUV? 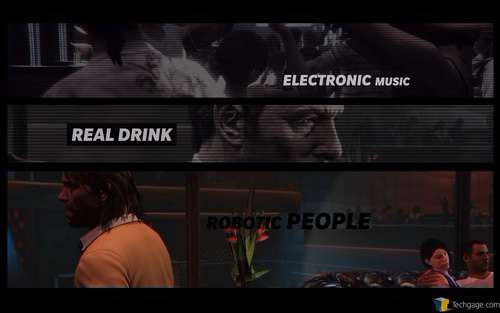 A highlight of all Max Payne games is the story-driven gameplay, and for those who like a good story, you won’t be left disappointed here. However, for those who don’t care about a story too much, you’re bound to be aggravated. There are many, many cutscenes throughout the game, and almost none of them can be skipped.

Throughout the game, there were multiple points where I’d die and be forced to watch a cutscene again, straight through. This is needless, and a major oversight on Rockstar’s part. I can understand those who might not want to watch a cutscene even once, so to run into an issue where the same 90 second cutscene needs to be watched two or more times… it’s foolish.

I’d be remiss to gloss over a couple of the other minor issues, also. The cover mode, while excellent, does prove to be an inconvenience if you are killed while in that stance. The result of you being shot, even if you succeed a last man standing, will see you lying on the ground. From there, any move you make will expose yourself to enemies if they are near. On one occasion, I died, then died again before I was able to get back into cover. 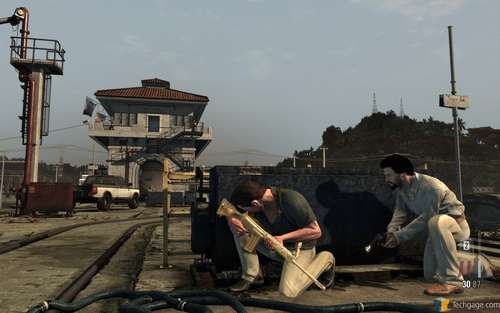 Another thing that risks getting you killed is standing too close to a doorway or wall, at which point Max will point his gun upwards. This makes sense, as it avoids clipping issues. But a situation it can create is you not being able to aim at oncoming enemies until you are free and clear of the doorway. This is yet another mechanic that got me killed on a few different occasions.

The last minor gripe I have relates to a crash. After starting chapter 5 for the first time, the screen went black right after the cutscene was to end, offering me the chance to retry or quit – either of which is the wrong answer. At that point, my only option was to force quit and restart the chapter (not major, given it was the start). Normally, I’d write this off as a fluke issue, but I do know one other person that encountered the issue in the same spot.

As annoying as some of these issues are, that about wraps them up. This is in fact quite good, because like many other brand-new games, I expected to encounter many more bugs than I did. While non-skippable cutscenes drives me batty, it’s things like that, that Rockstar can fix with a future patch (and I truly hope to see this done). 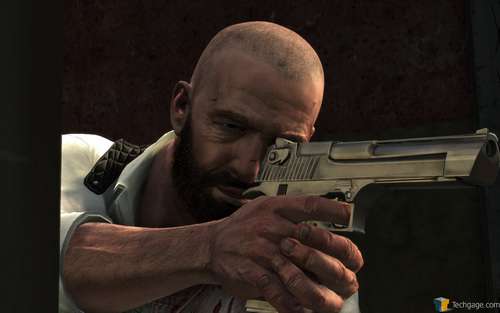 As a fan of the original Max Payne games, I consider MP3 to be a proper follow-up. I personally consider Max Payne 2 to be one of the finest games ever created, and despite the lack of a film noir aesthetic, Rockstar made sure to retain some of the unique properties that sets Max Payne apart from most other games, such as the constant narration and deep, complex and very gritty storyline.

As I played and finished Max Payne 3, I felt like I played through a movie. In some games, the story can go right over my head, but the way the story is presented here helps you to actually understand the situations going on, and not forget about certain characters as soon as the cutscene ends. If this game was directly translated into a Hollywood film, I assure you that it’d score higher than a 14% Rotten Tomatoes rating.

Whether you’re already a Max Payne fan or just discovering the series, this isn’t a game to be missed.

As always, the following page has a collection of screenshots for those who’d like to see more of the game, and soon, we’ll be publishing a compliment article to this one taking a look at some of the technical aspects of the game and also our recommended graphics settings.