To test the accelerated encoding perks of different GPUs, we make use of the de facto video editing tool Adobe Premiere Pro. In the past, we would have included After Effects results, thanks to its ability to tap into CUDA for accelerated rendering of ray traced elements, but recent versions of that app have failed to update support for Maxwell. Instead, Adobe is preferring to target the renderer bundled with PP, Cinema 4D “lite”. 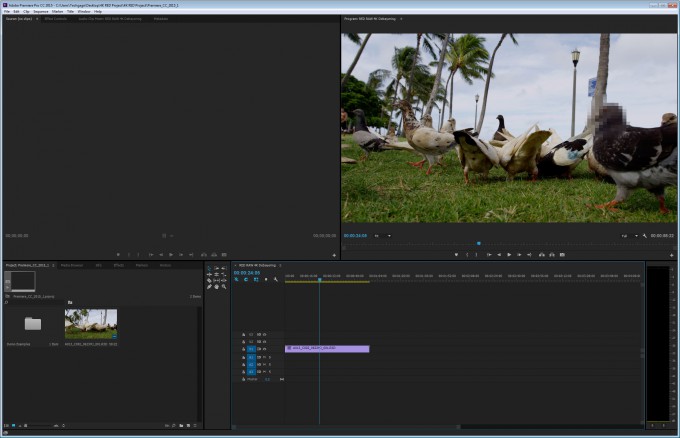 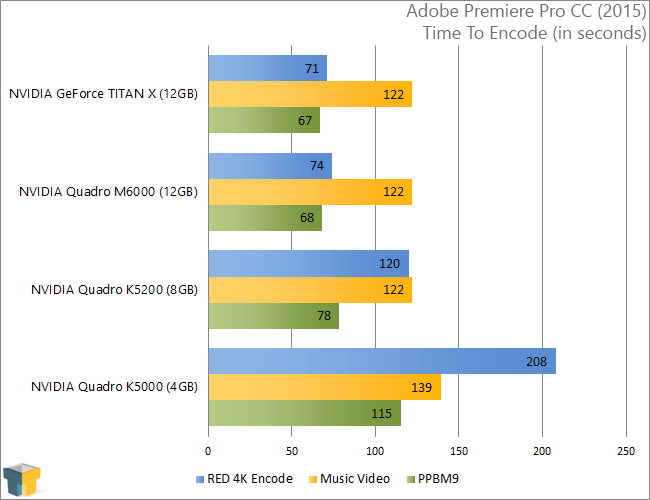 It’s clear that not all video projects are going to see great benefit from a faster GPU; our music video project hit a ceiling, for example, but is notably slower on the K5000. PPBM saw continual improvements, and there were considerable gains with the 4K > 1080p RED encode.

For CAD testing, we’re taking advantage of the excellent Cadalyst benchmark. As a 2016 version of the benchmark isn’t yet available, we’re sticking with the 2015 version. 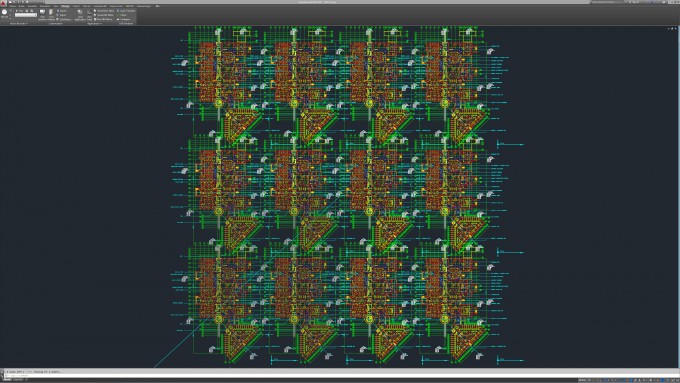 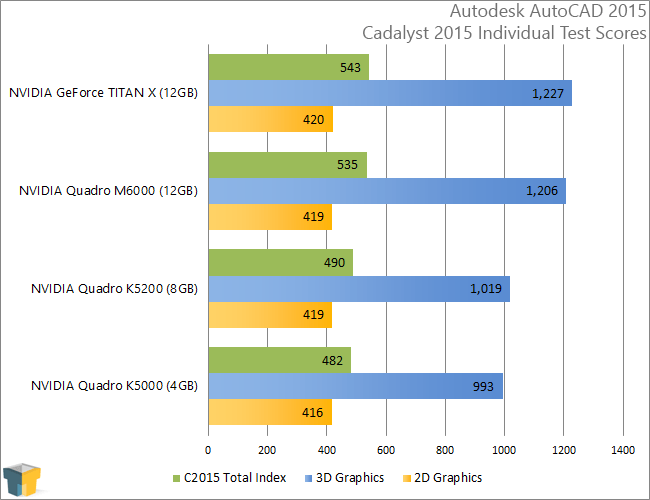