To test workstation graphics cards for both their power consumption and temperature at load, we utilize a couple of different tools. On the hardware side, we use a trusty Kill-a-Watt power monitor which our GPU test machine plugs into directly. For software, we use LuxMark to stress the card, and GPU-Z to record the temperatures.

To test, the area around the chassis is checked with a temperature gun, with the average temp recorded. Once that’s established, the PC is turned on and left to sit idle for five minutes. At this point, we open GPU-Z along with LuxMark. After its initial (automatic) render is complete, we kick off a 15 minute stress-test. Following this, we monitor the Kill-a-Watt for a minute to establish peak load wattage. 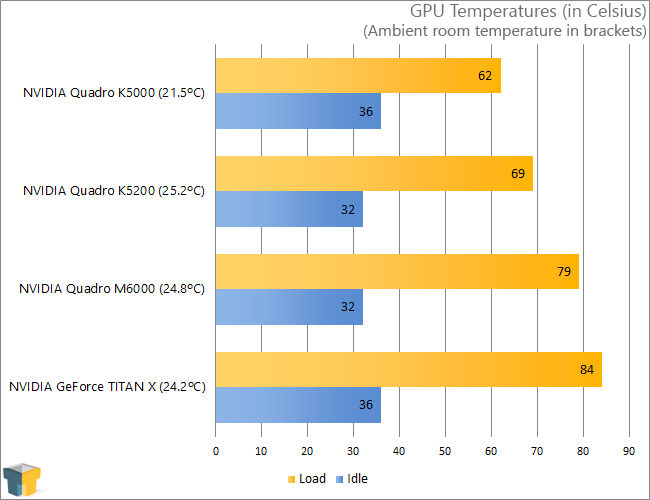 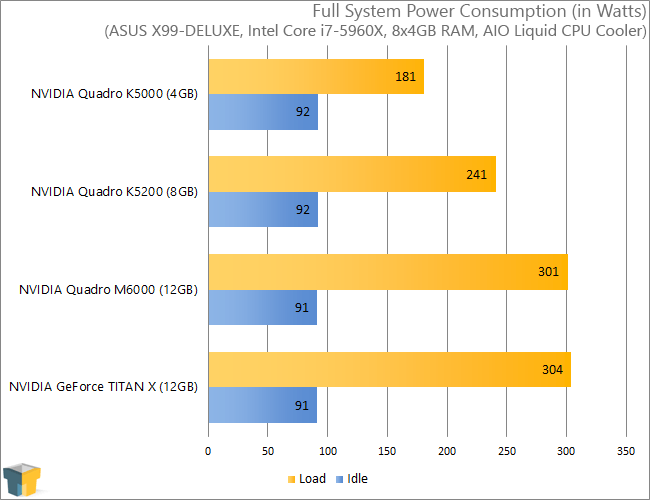 Despite the fact that the Quadro M6000 and GeForce TITAN X are the same GPU at the core, the former manages to run a bit cooler at both idle and load. Perhaps not as interesting is the fact that it draws a few watts less – it does have a slightly slower clock speed, after all. However, it’s worth bearing in mind that the M6000 requires just one power connector (8-pin) versus the TITAN X’s two (8-pin + 6-pin). I am sure system builders are pleased about that design.

It’s not that hard to sum-up NVIDIA’s Quadro M6000. As mentioned at the outset, it’s a beast of a card. Whereas GeForce TITAN X is the current king of the gaming side, the Quadro M6000 stands tall and proud at the top of the workstation GPU pile. That’s not to say it’s without fault, but it has far more going good for it than bad.

The most notable downside with the M6000, and the Maxwell architecture in general, is that it’s not to be targeted by those who require useful double-precision performance. Kepler remains the go-to architecture for that, which is the reason PNY doesn’t yet consider the K6000 to be an EOL product. On the GeForce side, the original TITAN, TITAN Black, and dual-GPU TITAN Z all deliver fantastic DP performance; on the Tesla side, the K20~K80 do. 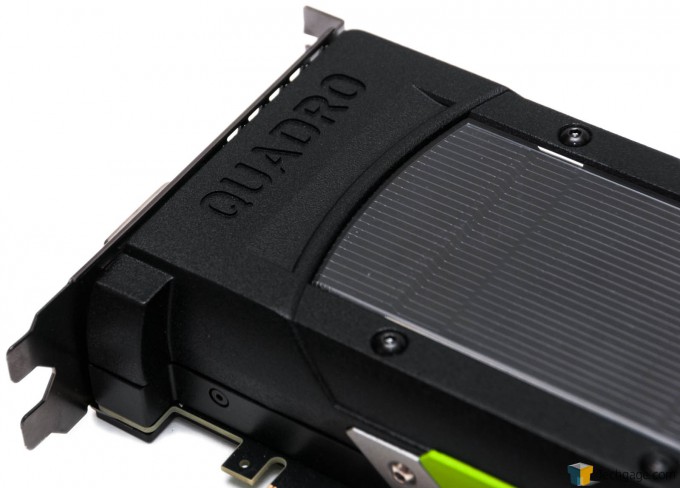 An obvious caveat of NVIDIA’s top-end Quadro (and Tesla, for that matter), is that its price tag will keep it out of the hands of most small operations. For the $5,000 asking price, you’ll need to do some cost analysis to gauge the ultimate worth of such a high-end model. On account of the <K6000 cards being released just this past fall, it seems unlikely we’ll see other Maxwell-based Quadros that soon. And unless AMD pulls a fierce competitor out of its hat with its next-gen GCN-based cards, the M6000 could remain on top for quite some time.