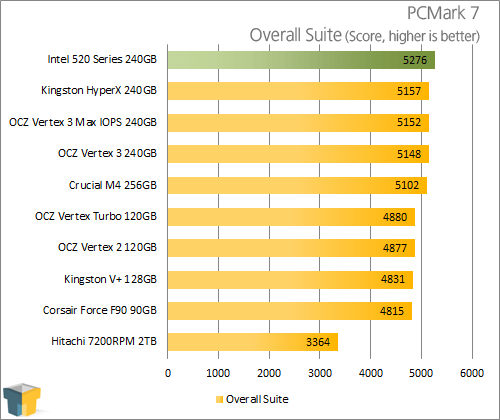 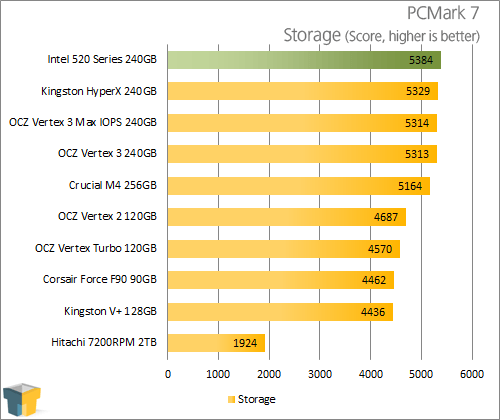 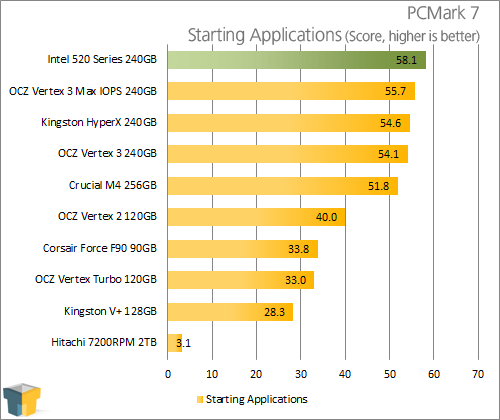 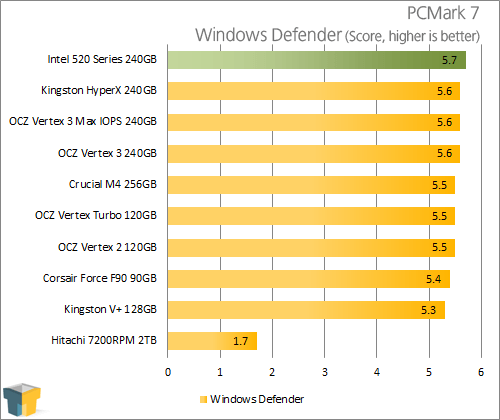 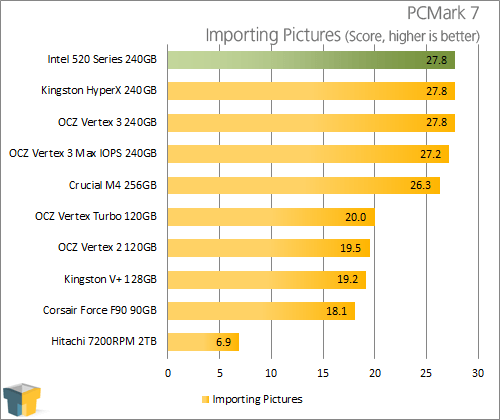 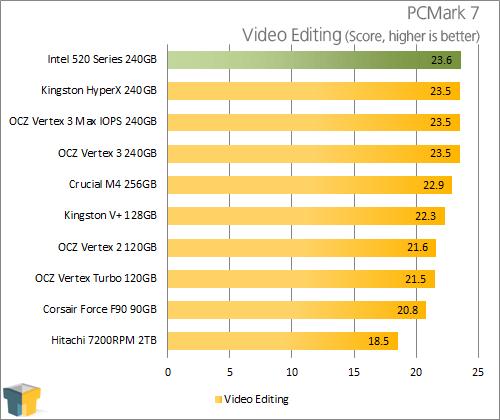 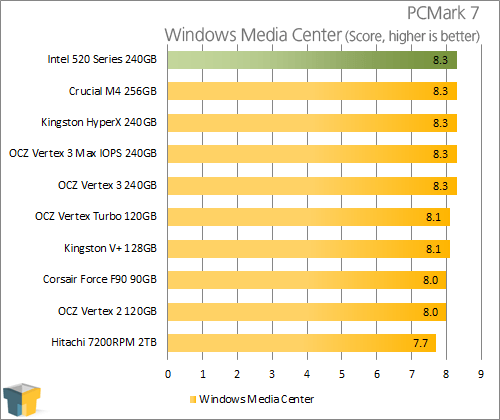 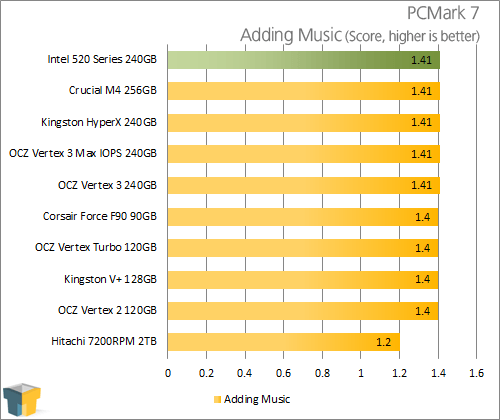 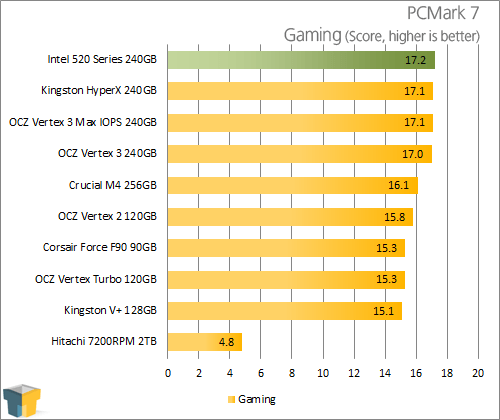 Immediately, we know Intel has finally decided to play serious here. While the HyperX utilizes the same SF-2281 controller, same synchronous 25nm NAND, and held the title as the most powerful SSD we’ve seen, Intel’s 520 Series actually manages to distance itself by 119 points of difference!

If that does not seem like a lot, consider that the m4 (similar to the Intel 510 Series) and every other SF-2281 powered SSD all fall within 55 points of each other. This performance gap we are seeing can be attributed purely to Intel’s firmware.