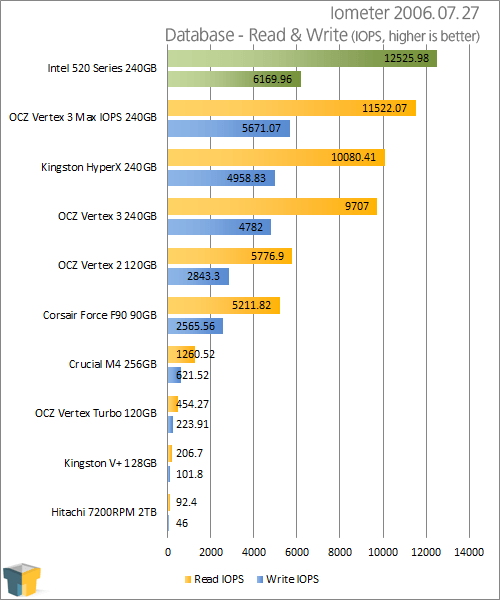 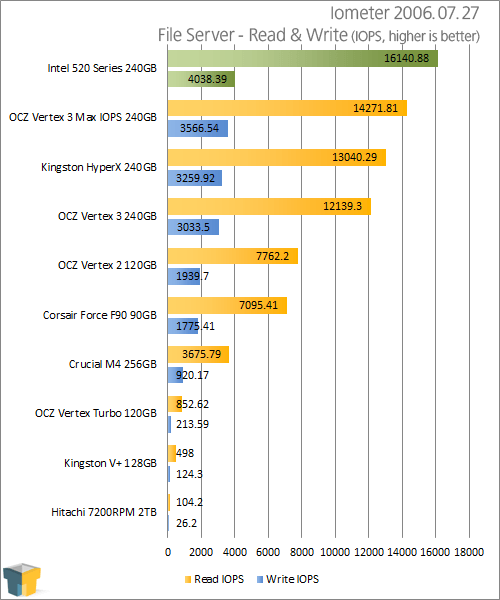 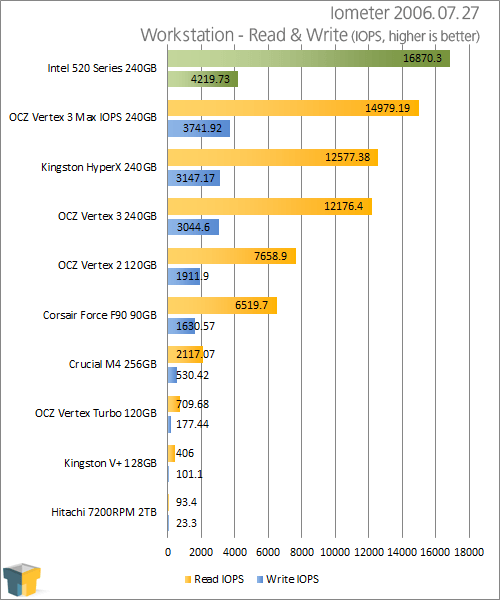 Iometer may be a hard program for users to translate into real world performance, but it is one of the few programs that can truly stress the latest models of SSDs now available and illustrate the differences between them, let alone show what they are truly capable of. Any SSD that does well here is capable of the toughest load conditions found in server racks, so suffice to say it can withstand any usage scenario a desktop user might throw at it.

Intel has always targeted its firmware with 4K size IOPS in mind, and in fact this was one of the best features of Intel’s early X25-M controller. However, this was also the Achilles’ heel for the Marvell controller found in the 510 Series. Suffice to say, Intel made sure to capitalize on the SandForce controller’s innate strengths here and did so in spectacular colors. In all three of our simulated workload tests the 520 Series starts to pull away from even the previous best SandForce SSD in these scenarios. 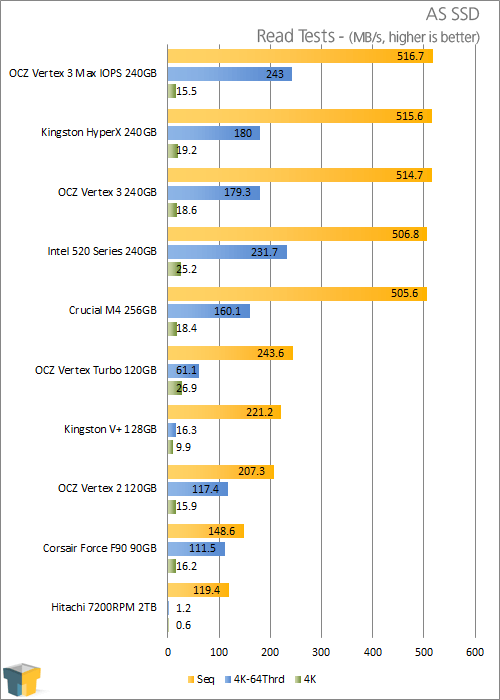 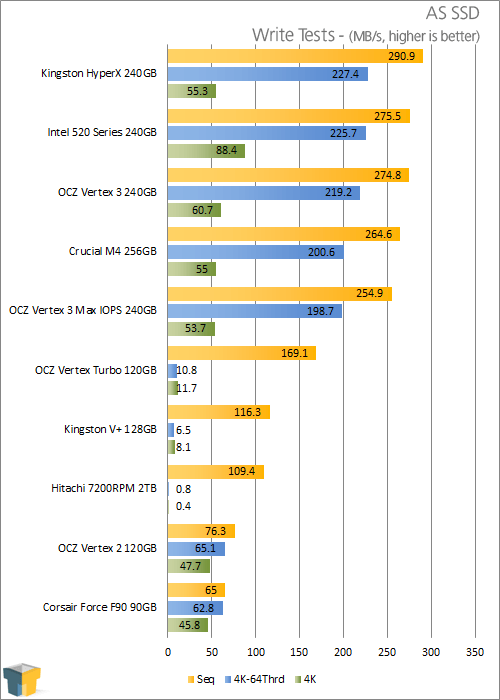 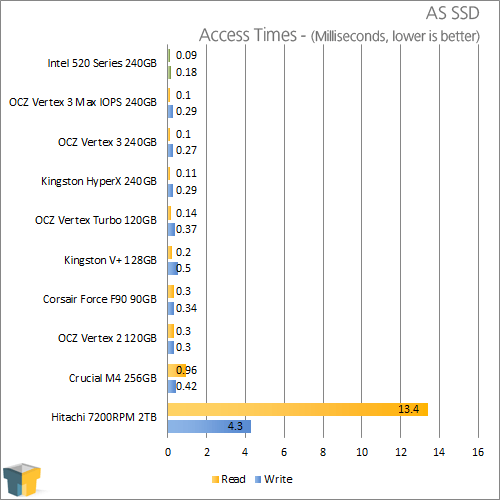 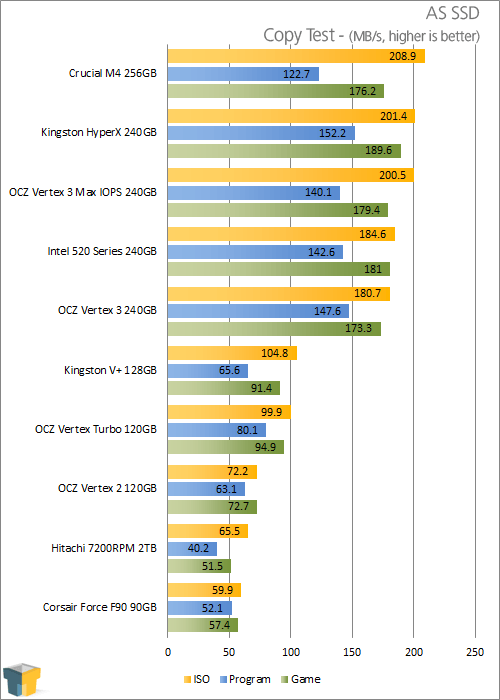 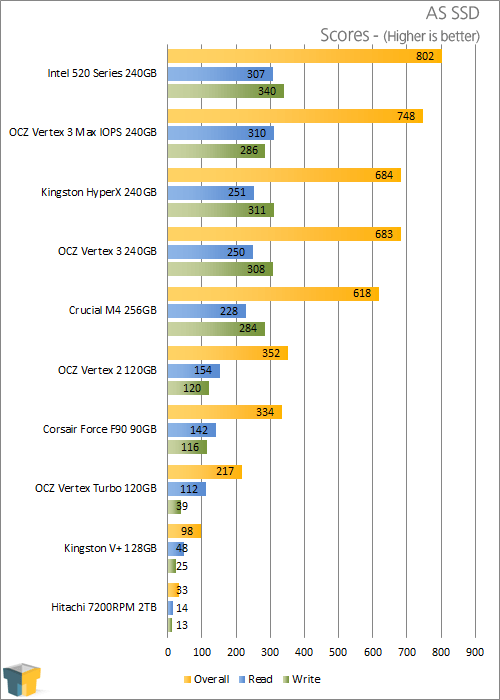 4K-Thrd is similar to the 4K test but spawns multiple requests; basically this tests how good the SSD is at handling multiple file actions at once, aka queue depth. Queue depth wasn’t an issue with HDDs as they were generally too slow to handle more than a few simultaneous IOPS at a time, but with SSDs it is important to have a good controller with a high queue depth. Intel officially designed the 520 to handle a full QD32 rating.

The results here speak volumes about Intel’s choice of optimization when designing its firmware for the SandForce controller. Firmware (and to many respects, controllers themselves) can be optimized to give best performance in one of four areasâ€¦ sequential read or write speed, and random read or write speed. As we mentioned above Intel has clearly chosen to target random 4K write performance with the 520’s firmware. So although the 520 does not set any sequential records, it manages to offer the best 4K performance of any drive in the 4K write test, and does almost as well in the random 4K read. It also ekes out the lead in the access time test in the process.

Given the well-rounded performance, and leading 4K random IOPS performance, it shouldn’t come as any surprise when the 520 still manages to walk away with the highest AS SSD final score of 802. Although the Max IOPS boutique drive offers marginally better read performance, the 520 comes away with much stronger small file write performance.