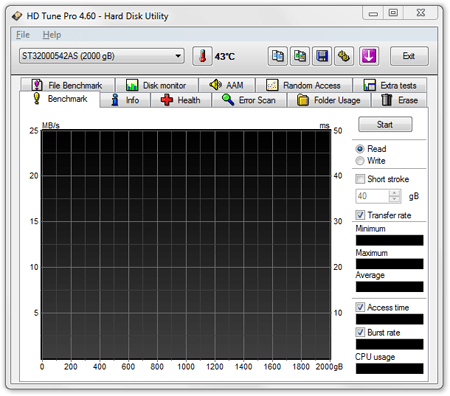 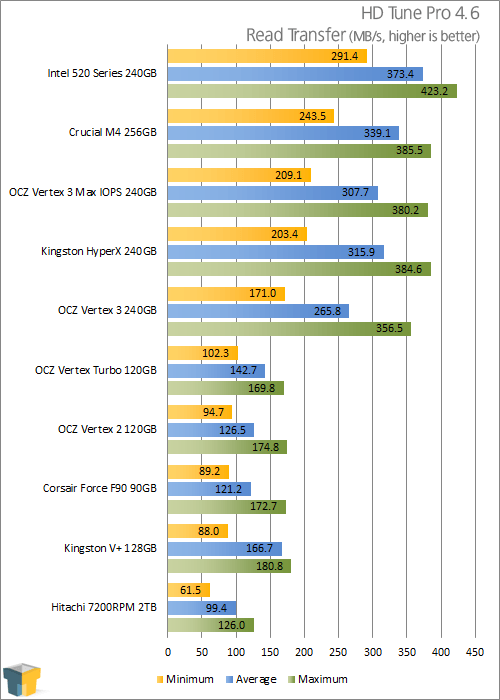 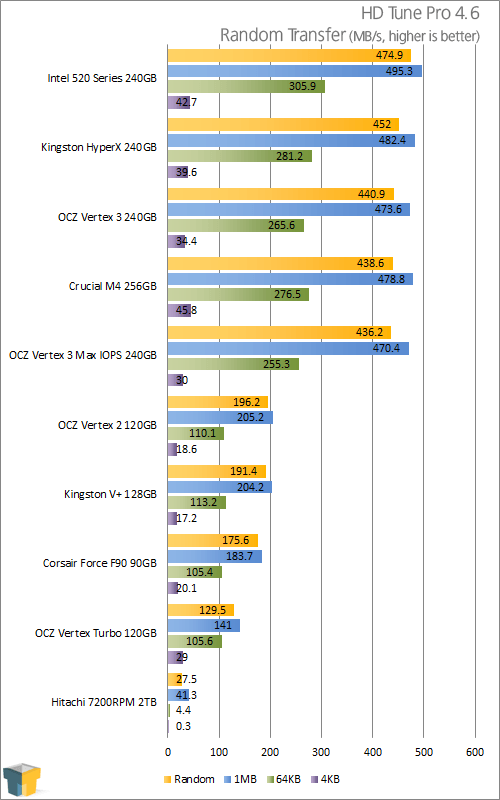 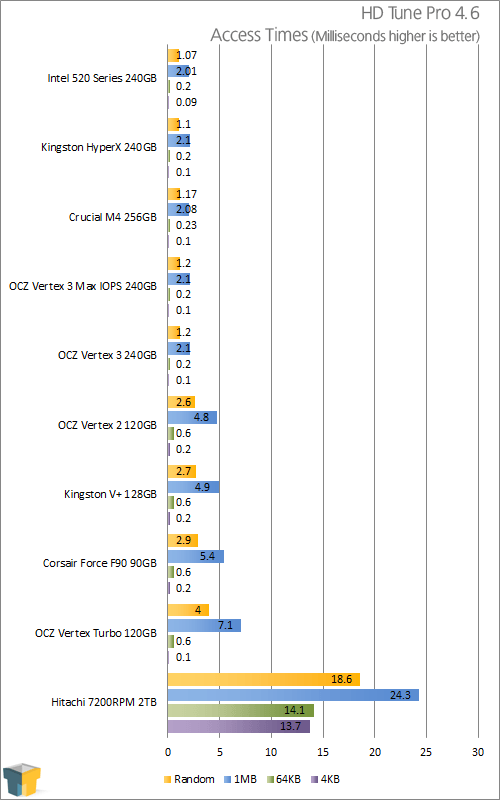 HD Tune seems to favor non-SandForce controllers for some reason, but even so the 520 still walks away with these benchmarks in the read, write, and access latency categories. More importantly, it does so showcasing a significant advantage in minimum read performance over every other drive in our lineup.

What makes SSDs so effective is the nearly instantaneous access times, which is best illustrated by the last graph. A typical HDD requires around 14ms to access data, which is a literal eternity for a modern computer. A typical SSD on the other hand will need about 0.1ms. To add perspective, a 3GHz processor will run 300,000 clock cycles in the same 0.1ms. By comparison to a mechanical HDD, 42,000,000 clock cycles would have elapsed in that 14ms before the drive had even begun sending data to memory!