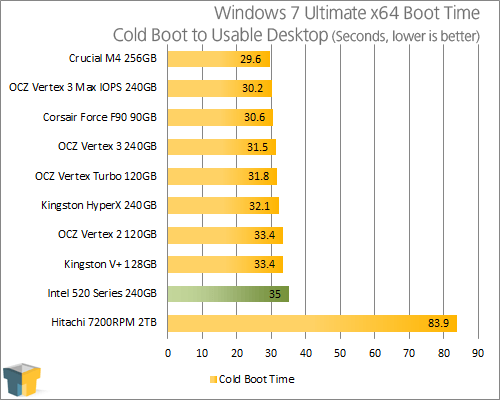 If there is one surprising result in our benchmarking results, this one is definitely it. Although we did see boot times as low as 28 seconds initially, the average results after five runs (after dropping the highest and lowest results) still gave us the worst boot time out of all the SSDs tested.

That said, the overall difference in results from best to worst is 5 seconds, and 35 seconds to boot a system from power to desktop is nothing to shake a stick at. After the Intel SSD had been “dirtied” a bit from our testing regimen, boot times stayed consistently around the 35 second mark. 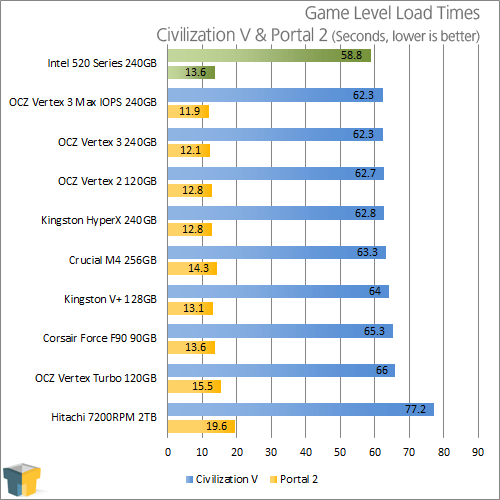 Our game level load results are mixed. Although the 520 adds 1.5 seconds to the Portal 2 test, it manages the best Civilization V load time we’ve seen yet by shaving off four seconds from the previous best. In both cases, results are well ahead of what a modern 2TB hard drive was capable of. So even though an SSD likely won’t boost your FPS during games, it will certainly cut down when changing levels, loading maps, or transitioning from one part of a game to another. A few seconds won’t seem like much, but they will seem like everything once you are immersed in your favorite game.