We took a look at Microsoft and Razer’s first team effort a few weeks ago with our Habu review. Overall, we were left very impressed. Will we receive the same reaction from the new Reclusa gamers keyboard?

This board appears to be both Microsoftâ€™s effort to target the gaming segment, as well as Razerâ€™s effort to go mainstream. The result of this meeting of the minds is a keyboard with more bling than the usual Microsoft fare, yet with a price tag and feature set that arenâ€™t as extreme as the Razer Tarantula or the Logitech G15 â€“ but is still very good. Letâ€™s find out if this effort to reach a middle ground is worth your cash.

Letâ€™s get a closer look. 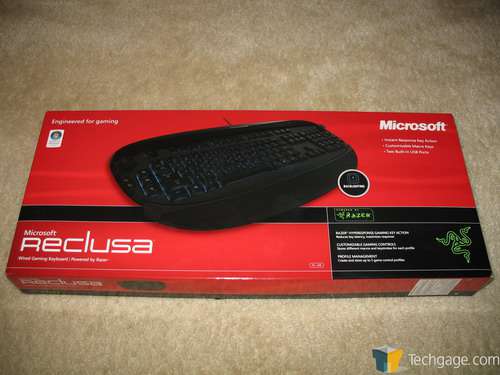 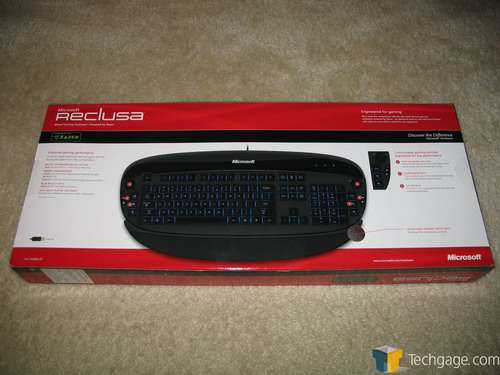 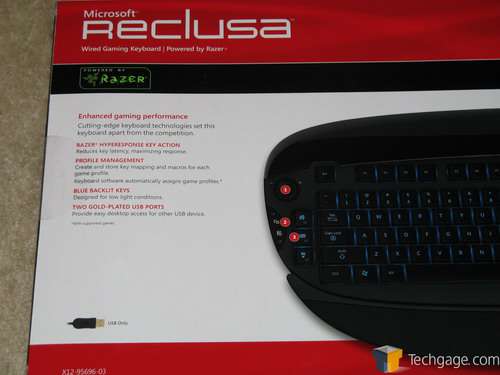 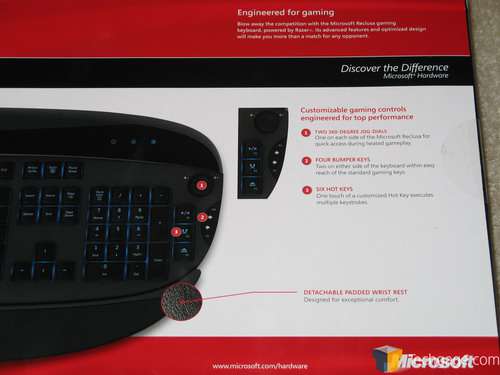 The back of the box touts the features. 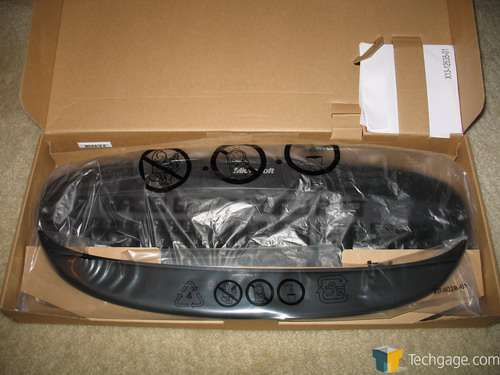 Hereâ€™s our first peek inside the box. Included is the keyboard itself, the detachable hand rest, and the driver CD. 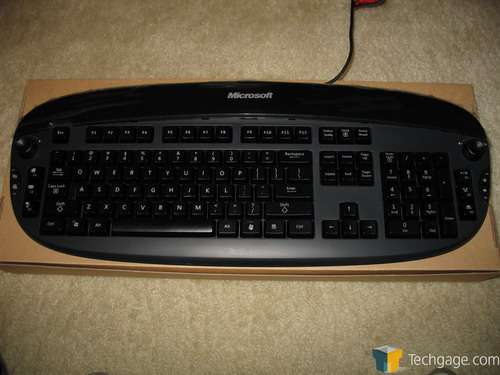 Here she is all opened up. You can see that thereâ€™s another layer of protective plastic over the Microsoft logo bezel. That whole strip along the top is shiny and sleek. 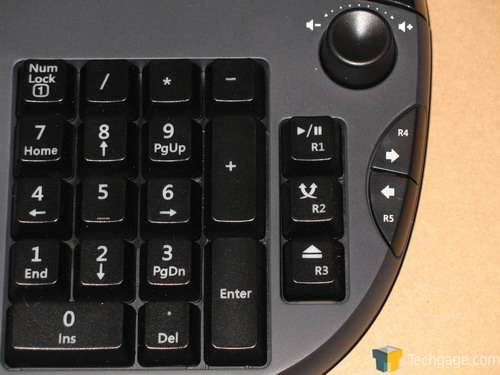 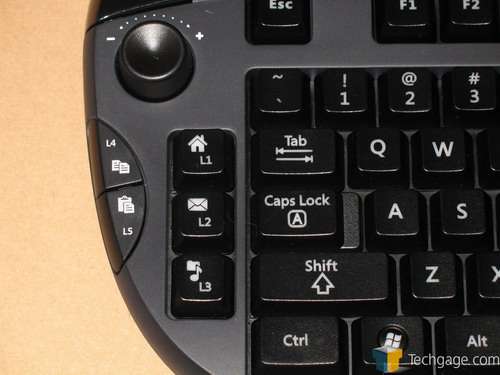 Here you can get a good close look at the programmable keys. They are divided evenly for ambidextrous use, and consist of two programmable jog dials, six programmable hotkeys (the one that look like regular keys) and 4 â€˜bumperâ€™ keys on the edges. You can see that they all have default functions like play/pause, copy/paste, forward/back, etc. 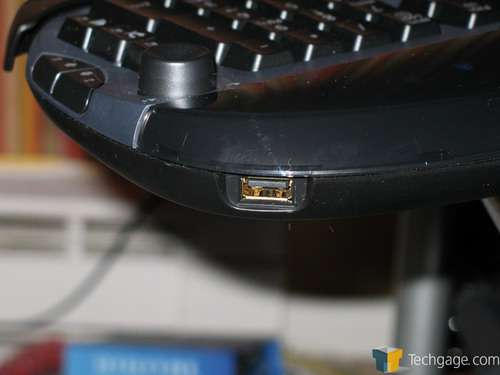 The USB ports are located at the top left and right hand corners, and you can see that they are mounted at an angle. These ports function as USB 1.1 ports. 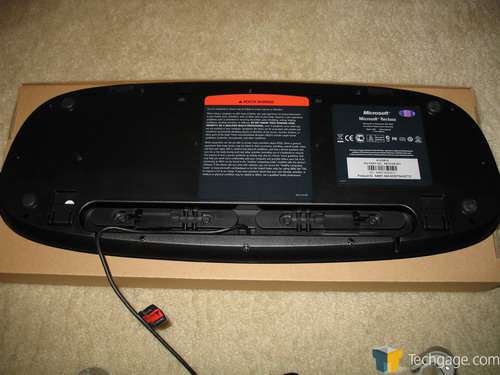 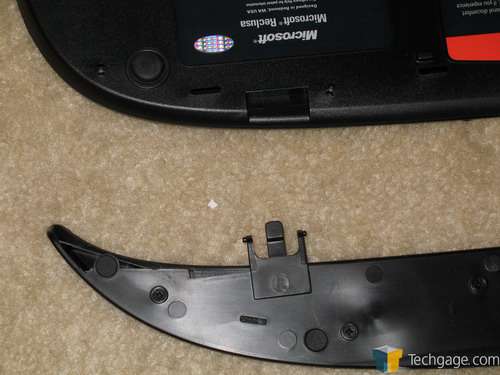 Here we have a shot of the underside of the board, where you can see plenty of channels for routing wires, and the fold out feet. One thing I noted was that the cable channels donâ€™t extend all the way to the USB ports, but I canâ€™t think of many instances where this would be inconvenient. Each clip on the hand rest slips into the keyboard using two nubs that fit into corresponding holes. The clips donâ€™t look or feel that sturdy, so I donâ€™t recommend messing with them too much. 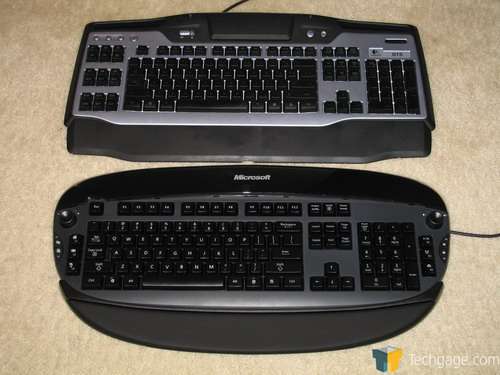 Hereâ€™s a quick size comparison with some keyboard I had laying around â€“ some of you may have seen it before. :) The boards are practically the same size both with and without their optional hand rests. 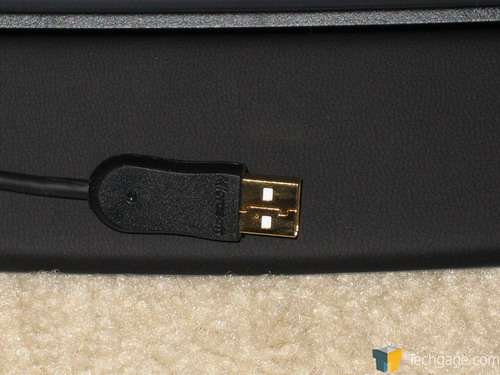 Speaking of hand rests; I have to say that the Reclusaâ€™s hand rest is very nice. Focusing on the gold-plated USB connector allowed me to get a clear shot of the surface texturing here, and the material has a soft, leathery feel to it that I find more comfortable and breathable than plastic, and less likely to cause your hands to sweat. 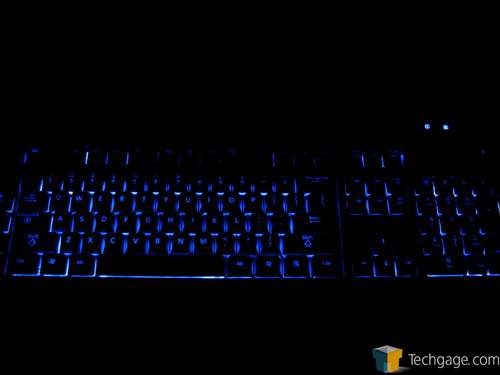 Hereâ€™s the shot most of you want to see. Everything lights up except the jog dials and bumper buttons. The lights are on all the time, and only have one brightness level, but they look good and never became annoying (a-la pulsing Razer logo). The light you see in the top right is the num-lock indicator, which is located underneath the Microsoft logo bezel along with the caps-lock and scroll-lock indicators. 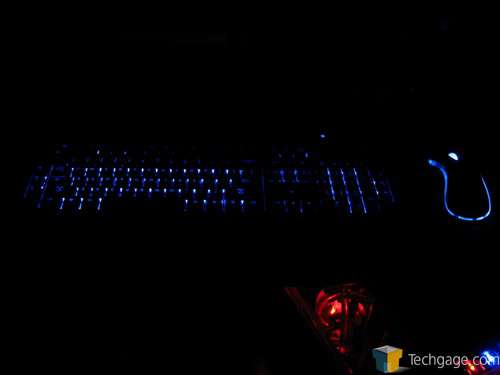 Here you can see the Habu as well. Not a bad looking desktop setup.