Microsoft’s Visual Studio isn’t just an IDE. It may seem pretentious to say so, but what this means is that it’s in fact the official development tool for the several Microsoft platforms. So it comes naturally that Visual Studio 11, now in beta, includes support for the Windows Runtime engine (WinRT), which powers Metro, the new user interface in Windows 8 and Windows Phone operating systems.

We would be in trouble if that was all it offered. Visual Studio 11’s scope extends across a large number of programming languages and platforms. Of course, developers can still develop outside WinRT. The .NET platform or native Windows platforms are supported in Visual Basic, F#, C#, C and C++, or Javascript. 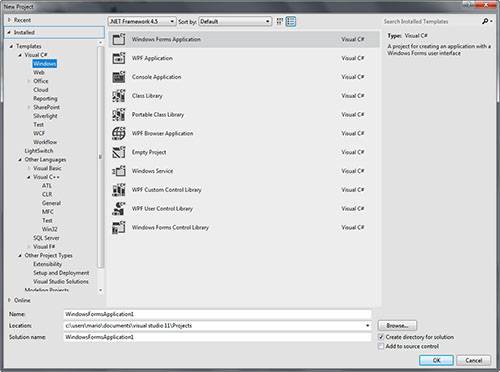 New in Visual Studio 11, other than Metro development that we will be discussing below, is support for the LightSwitch development toolkit. Before a standalone tool and now integrated into Visual Studio 11, LightSwitch is a development platform for the creation of local or 3-tier line-of-business applications in a quick and easy way. It makes extensive use of graphical designers to model entities and relationships following the norms established by Microsoft’s .NET Entity Framework object-relational mapping.

LightSwitch is an ambitious project, one that many developers wished would come to fruition. It currently lacks clarity, is too complex and doesn’t address performance concerns very well. Its greatest limitation is that it only supports Silverlight client applications, which is rather perplexing. Its adoption has been very limited so far, but with the inclusion in Visual Studio 11, there’s the real possibility Microsoft will improve and extend it in the future.

Metro development is the new kid on the block. Metro-style apps user interfaces can be designed in XAML or in HTML/CSS. Visual Studio 11 includes a two-way WYSIWYG editor so you can switch seamlessly between code editing and the visual designer when using the XAML declarative language. It still lacks however a similar feature for HTML/CSS Metro apps. Thankfully, for those still struggling with XAML, or not wanting for some reason to use it, Visual Studio 11 now includes Expression Blend as a companion tool. It has visual designers for both XAML and HTML/CSS and can replace entirely Visual Studio UI integrated tools during the UI design phase. 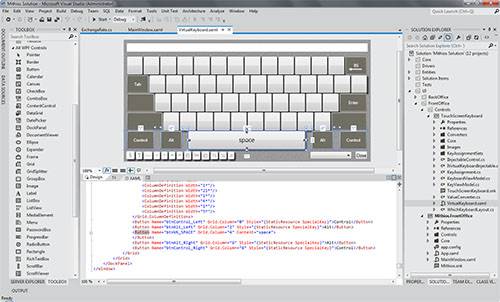 Metro application debugging is a little more involving. The very nature of the platform makes it so. Developers can opt for the traditional local or remote debugging, but if using the former, they are required to have a second monitor where the application can run. Also offered is a Metro Simulator, which is the preferred option if there’s only one display. What the simulator does in fact is initiate a remote debugging session on the developer’s own machine. It is thus possible to run a Metro application in a window and debug it that way.

Visual Studio 11 also integrates Windows Store in the Metro development process, allowing developers to upload their finished apps directly to the store, to maintain them and to rapidly and conveniently issue patches or new versions.

If we think that Metro is new to Windows 8, it is rather impressive the level of support offered in Visual Studio 11. On the other hand, Visual Studio is critical to the success of the platform on future Windows desktop operation systems. Poor support from this flagship development product would spell the end of Metro right in Windows 8. By offering developers a rich set of tools, Microsoft can at least scratch that as the reason for any possible failure.

It’s a reality that Visual Studio can’t be covered in one article. Not even when addressing just the changes that come with every new version. At best it can be summed up and some highlights produced. From what little is written here, however, it is clear Visual Studio 11 is a big contribution to software developers around the world targeting Windows platforms.

An already great product is turning out even better. There’s however great concerns over exactly what Microsoft will be doing with it in the future. The current UI is a major issue among the community and probably go away anytime soon. How I can possibly adapt to this depressing monochrome and flat interface that doesn’t make me comfortable playing around with for more than a few minutes is a big concern for me at this time. This is my professional tool. It’s not even an hobby.

Another concern for many folks is the current lack of any reference to other Express editions. It has to be expected that at least C++, C# and Visual Basic Express editions will be launched. The thought of Express editions becoming just for Metro and Web development is too bad to be true. But the fact is, they aren’t listed anywhere so far; a situation I don’t remember occurring during Visual Studio 2010 beta cycle.