Mionix sent us two of its latest mice, the Avior 7000 and the near-identically equipped Naos 7000. They share basically the same design and internal components; the biggest difference is in form factor. As you might imagine, we’re taking a close look at both to try to see how good they stack up to each other, and the competition.

I tested both the Avior 7000 and the Naos 7000 under various conditions, using them in gaming and non-gaming roles. The primary focus of the performance review will be on both mice’s ergonomics and functionality as well as some comments on their perceived quality of construction. I’ll also have some words about both mice’s aesthetics.

Ergonomically, both Mionix mice are quite superb. Although they are quite different from each other in this particular aspect – the Avior 7000 being a symmetrical, ambidextrous mouse, while the Naos 7000 is definitely just for right-handers – both are among the very best mice in terms of comfort. Both of them feel as if they were designed to fit my hand specifically. I know that that’s not the case, but Mionix’s engineers have set a very high standard for both ambidextrous and right-handed mouse designs. Even through hours of testing and use, my hand never felt tired or strained. Moreover, button placement felt perfect, particularly for the Avior 7000. Accessing the two right-flank buttons didn’t require any unusual shifts in grip. Also, the rubberized coating, while not exactly tacky and grippy, made holding the mice a pleasant experience. I personally would prefer a slightly grippy coating, but Mionix’s solution is still effective.

Speaking just for myself, because I’ve become accustomed to having an ambidextrous mouse (even though I am right-handed), the Avior 7000 is the better mouse for me. I particularly love the two extra buttons on the right flank. I use these to scroll up and down web pages, so not having this functionality is quite noticeable. On the other hand, some right-handed users just cannot adapt to anything other than a true right-handed mouse. For such users, the Naos 7000 is an excellent option. Except for the fact it’s short two buttons compared to the Avior, as well as the right-handed shape, the Naos 7000 is identical to its ambidextrous twin sister. Southpaws who use their left hand for their mouse, though, have no option but to buy the Avior 7000. 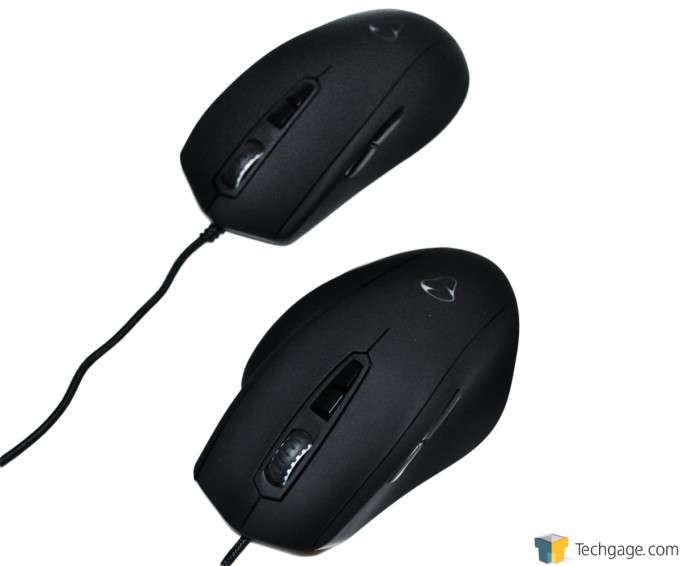 In terms of functionality, both mice were also quite good to use no matter what the usage scenario. Of course, both are designed for gaming, so I used them in a number of games. Whether if it’s for shooters such as Crysis 2/3, Battlefield 3, or any one of the myriad Call of Duty titles, or games such as Grand Theft Auto IV, both Mionix mice were a joy to use. The software’s ease of use and tight integration with both mice makes making adjustments easy. Mionix definitely meets the highest standard for gaming software as set by the likes of Logitech’s LGS.

My only nit to pick, though, is that the software doesn’t appear to be a “universal” software like the LGS. The LGS’ “one software to rule them all” approach is, by far, the best solution that is also flawlessly executed. On the flipside, though, Mionix’s software is likewise as flawless in use as any that I’ve used. Having separate software packages for each piece of hardware is a small price to pay. I mean, normal users will likely own only one or the other; no one will need to install both mice onto their PCs. So, looking at things from that perspective, Mionix’s decision to have one piece of software for each piece of hardware is really not that big of a deal. (I guess I’m just that enamoured with the LGS!)

Other people might criticize Mionix for not incorporating side-scrolling with both of these mice. As I had said before, I personally don’t use side-scrolling much; however, I think it would be entirely fair if other people feel put-off by the fact neither the Avior nor the Naos does side-scrolling.

Moving on to perceived build quality, both Mionix mice exude an aura of fine yet robust design. I wouldn’t say both the Avior and the Naos feel indestructible like miniature tanks in your hand; that might suggest that they are hardened yet clumsy devices. If anything, both are somewhat lighter than one might expect. However, the lack of weight is a great thing. Both feel agile, very easy to move. Also, every button actuates with a very satisfying click. Not only that, button action is not very long at all, particularly for the left- and right-click. 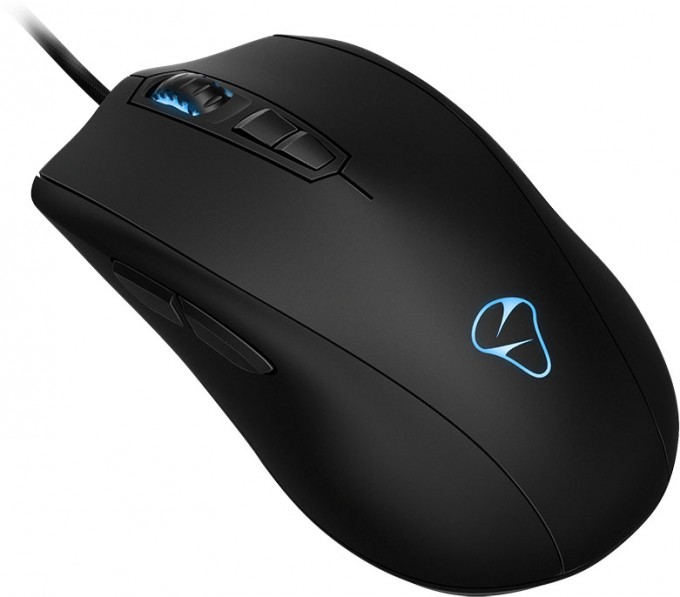 Aesthetically, I love the styling of both mice. Mionix keeps things simple, really. From the matte black finish to the tasteful size of the Mionix logo on both mice’s rump to the almost sensuous sculpting on the side surfaces (particularly on the Naos 7000), both of these mice will appeal to users who appreciate subtlety and austerity. Users who just crave bling-tastic LEDs aren’t left in the dark, either. Heck, as much as I prefer simple, understated designs, I’ve left the LEDs on the Avior 7000.

I strongly suspect this guy’s going to be a keeper.

Truth be told, if I’d been more attuned to a strictly right-handed mouse, I suspect that I’d feel just as strongly about the Naos 7000. After all, under the skin they are pretty much the same mouse. Only the physical packaging is different.

Mionix really did a great job with the initial underlying design of both of these mice. Beginning with the ADNS-3310 optical sensor and the 32MHz ARM processor, allied with the elegant and effective software, both the Avior 7000 and the Naos 7000 have very few weaknesses and a good list of considerable strengths. Both mice are comfortable to use for hours on end; more than that, they are fun to use as well. Both exude superb quality of construction. And both are integrated with one of the best examples of configuration software around.

Both the Avior 7000 and the Naos 7000 have a MSRP of $79.99, so the choice as to which one you choose comes down to whether you prefer an ambidextrous design or a strictly right-handed one. Choosing the Avior 7000 also buys you an extra pair of fully-programmable buttons, mind you; however, even with the “disadvantage” of having two fewer buttons, the Naos 7000 is still a superb buy if what you’re looking for is a superb gaming right-handed mouse. It’s not as if you’d want the extra pair of buttons anyway if you’re used to a true right-handed mouse. I suspect it’d be hard to push the extra two buttons and maintain a comfortable grip on the mouse, anyway.

The bottom line is, both of these Mionix mice are winners. They’re different, but they’re the same as well.

The Mionix wonder twins, the Avior 7000 and the Naos 7000, both deserve Techgage’s Editor’s Choice award.