As with all headsets we test here at Techgage, I evaluated Mionix NASH 20’s performance in three major criteria: Ergonomics, functionality, and sound quality. I feel that these are the most important points to appraise when it comes to this type of equipment.

I tested the NASH 20 over a period of nine days. Super-attentive Techgage readers might notice that that’s a shorter testing period than what I usually subject headsets to. The reason for compressing the testing time scale by roughly half is that I simply could not detect any changes to the NASH 20’s sound signature as I tested it. My usual finding with most headsets is that their audio output changes subtly with usage, with the character of the sound stabilizing around two weeks into testing; the NASH 20’s sound, however, simply didn’t change from my first listen. I can’t say why this is (perhaps Mionix “burns in” the headsets before they are packaged for sale), but it is a phenomenon unique to the NASH 20.

Whatever the case, I still subjected the NASH 20 to the same testing regiment and evaluated it on the same criteria as every other headset I’ve reviewed. 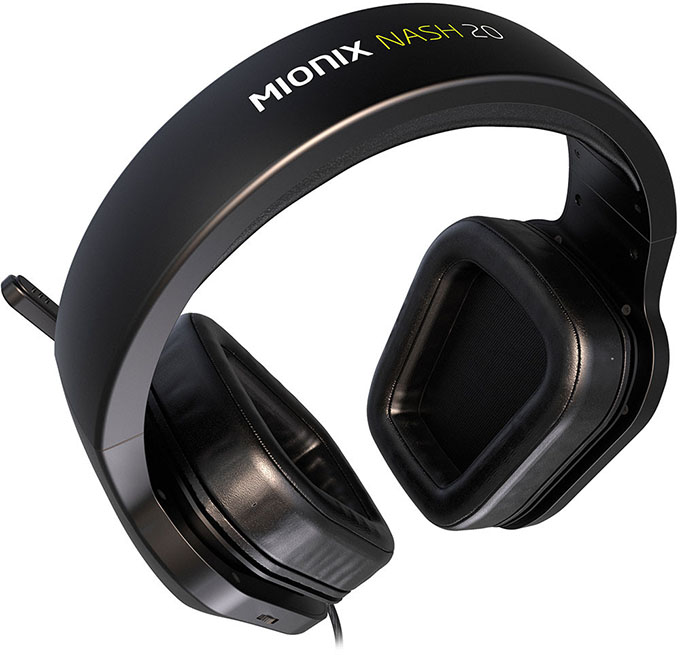 In terms of ergonomics, the NASH 20 is as good as they come. The entire unit feels light on my head, and the headband’s fit is just enough to keep it in place, even with fairly vigorous head movements. I like the memory foam on the ear cups’ padding as well. It’s very easy to keep the headset on for hours on end; your ears don’t get sweaty or irritated even with extended usage. Cable length might seem long at 2 meters, but with a velcro band on the cable itself to rein in the unneeded length, it’s a non-issue. The velcro band actually is a very thoughtful detail, an elegant solution to a potential problem for some folk.

As far as functionality goes, I tested the NASH 20 on a variety of devices to evaluate both its speakers and its microphone. The mic works as it’s supposed to. I don’t game online, but to test the mic, I used it on Skype on my test machine. My conversation partners reported clear output on their end as well as a lack of any weird or unexpected noises from the mic. The flip-up-to-mute boom also works as expected. I quite like the discrete volume control on the rear of the left ear cup as well. This feature, as well as the flipping mic boom, reveals how intelligent the NASH 20’s design is: Instead of putting these controls on the cable as quite a few gaming headsets do, Mionix hid them in plain sight. Mionix’s design philosophy is apparently governed by unobstrusiveness and stealth, but it is an approach that never sacrifices functionality and ease of use.

Sound quality-wise, the NASH 20 is quite good. As always, the basis for comparison are my own Shure SRH840 and Beyerdynamic DT880 Pro headphones. Both the Shure and the Beyerdynamic are monitoring headphones: They have flat-response speakers designed to play back recordings with zero treble- or bass-bias. So all comparisons are with the SRH840 and DT880 Pro. 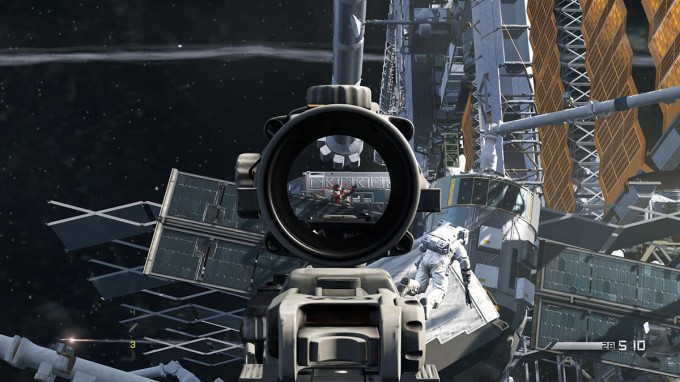 The NASH 20 excels in gaming. I tested it in a variety of shooters, including all three Crysis titles, Call of Duty: Ghosts, and Battlefield: Bad Company 2, as well as some racing action with rFactor. These games produce a wide spectrum of sounds in their soundtracks. Bass response is very satisfying. Explosions sound big but never boomy, while the chirp of sliding tires is also very well-reproduced. Positional audio is also excellent; whether it’s the sound of rounds zipping around your character’s position, the quiet footsteps of enemies trying to flank you, or the roar of your car’s engine as well as the engines of your competitors fighting you for track position, the NASH 20 lets you know where everything is.

You get much the same effect when using the NASH 20 with movies. The opening sequence of Star Wars Episode III: Revenge of the Sith is a very good scene to test audio systems with the abundance of sound sources moving all over the place. Positional audio again is excellent, as is the fidelity of the sound effects. The NASH 20, though just a stereo headset, is as brilliant for movies as it is for games.

In music playback, the NASH 20 has slight boosting in the treble and bass ranges, although the overall sound signature is what I’d call a bit cold. It’s not as if the bass boosting is inadequate; if anything, Mionix has done a good job of emphasizing bass without going overboard. It’s just that the prevailing impression the NASH 20 leaves is that the treble side of the output is just that little bit more prominent. It’s hard to explain why the sound is colored so, given that the NASH 20 is equipped with 50mm drivers, which is on the larger side of the scale for headphones. Mid-range frequencies don’t seem to be boosted, which is fine.