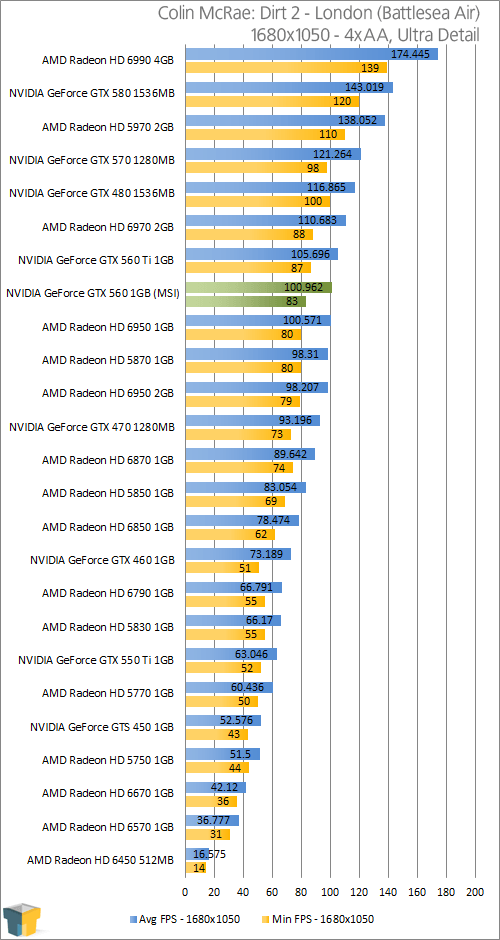 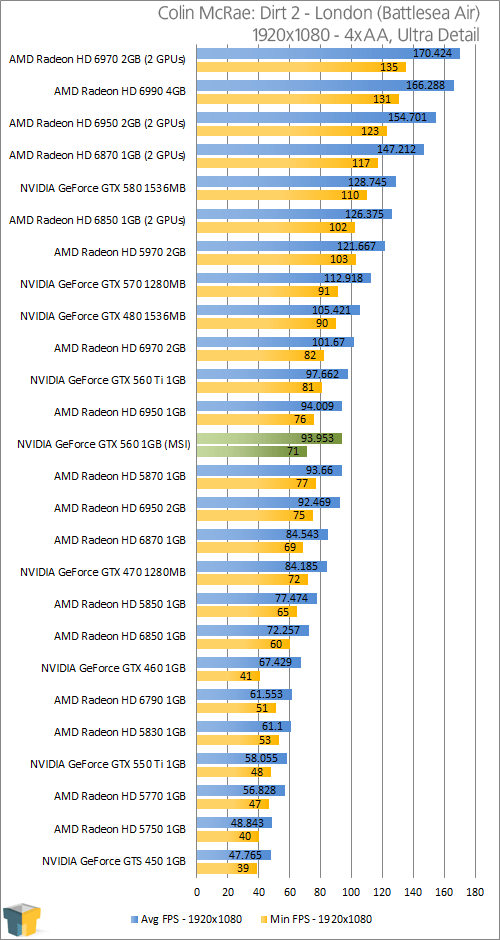 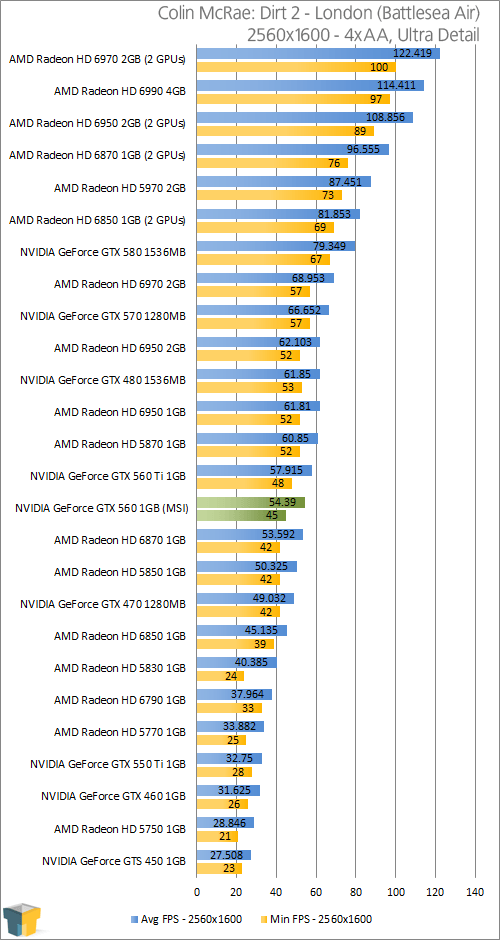 Even with a large “overclock”, the GTX 560 Ti doesn’t have too much to stress over. MSI’s card fell just behind it, and a smidgen ahead of AMD’s Radeon HD 6870. Overall, rather expected results so far.