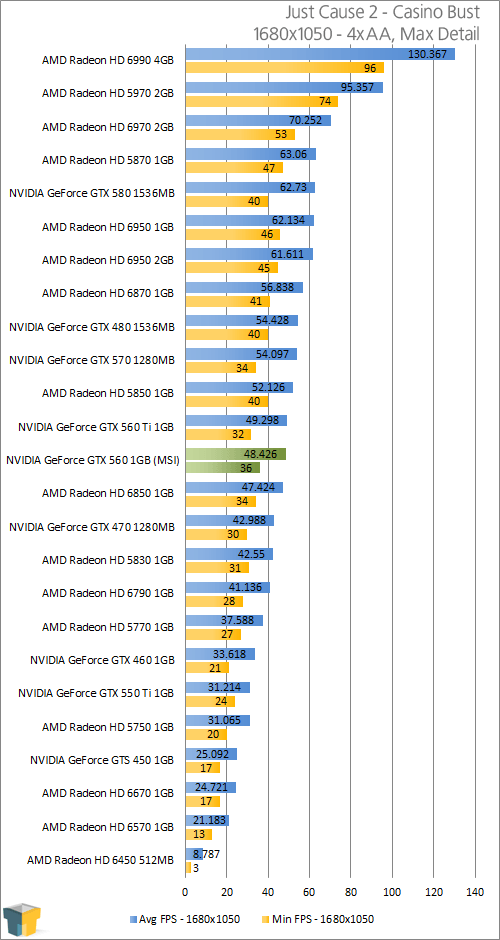 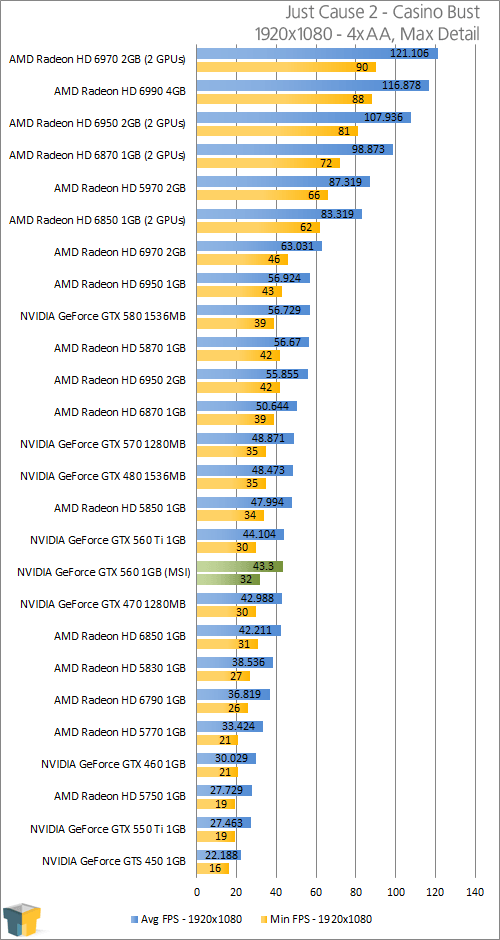 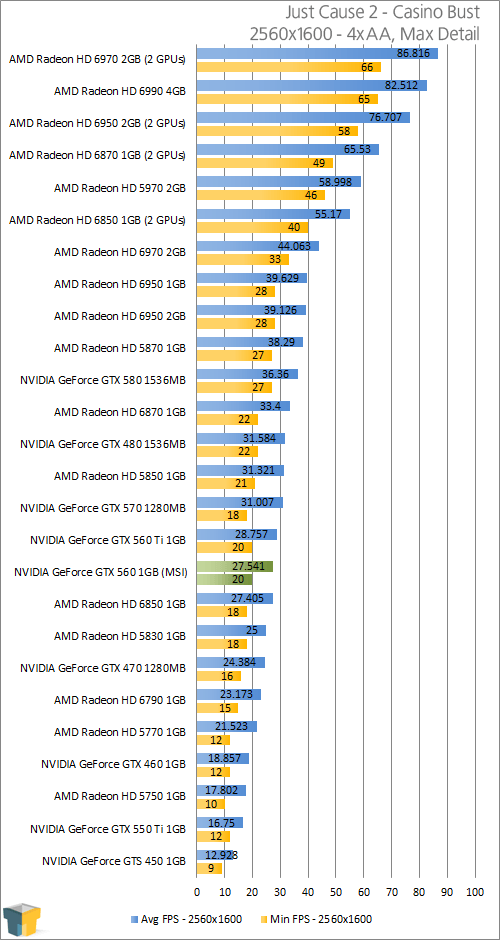 Just Cause 2 favors AMD’s cards for some reason (despite it being an NVIDIA-promoted title back at its release), so the HD 6870 soars ahead here. In the non-Ti vs. Ti battle, both cards are so close in performance thanks to MSI’s clocks, that they might as well be declared equal.