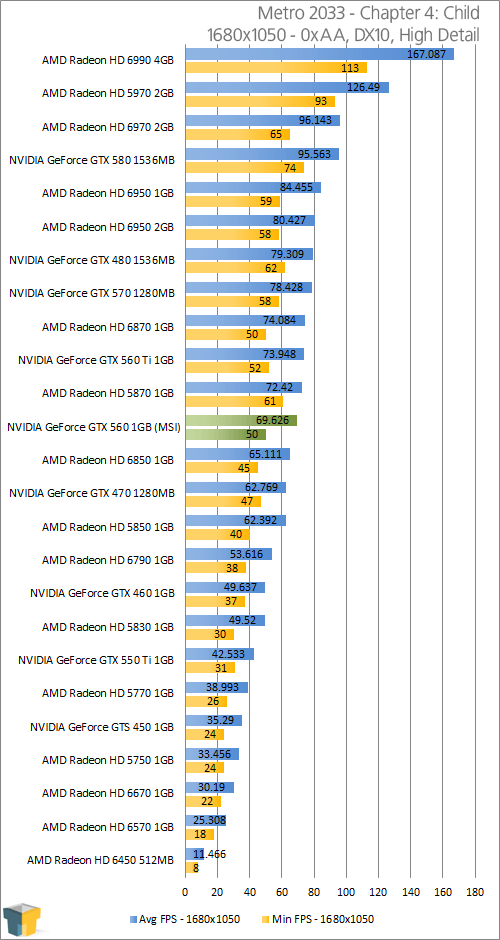 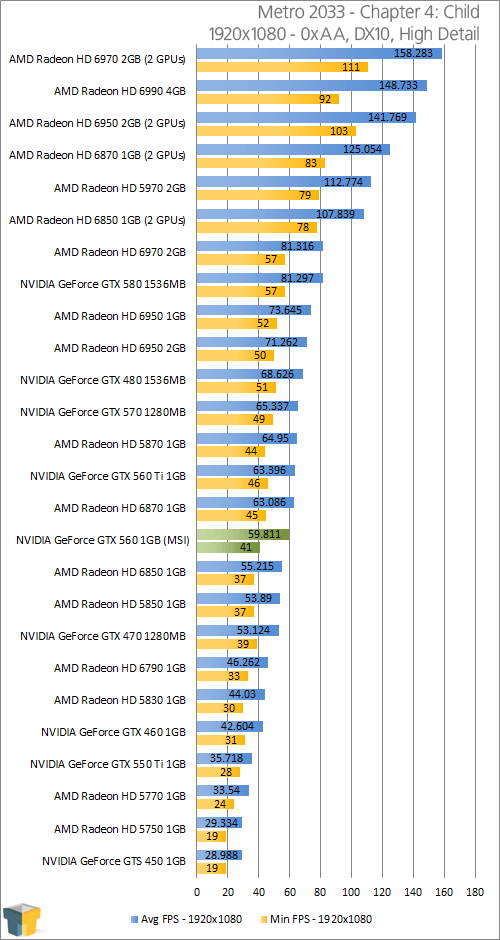 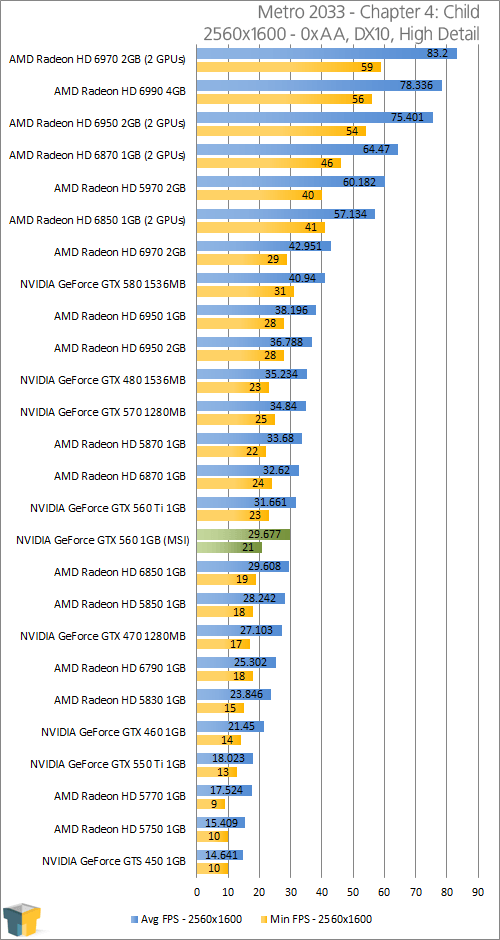 We’ve returned to our original state in the non-Ti vs. Ti battle, but for the most part, both cards, and also the HD 6870, perform very similarly across all three resolutions.