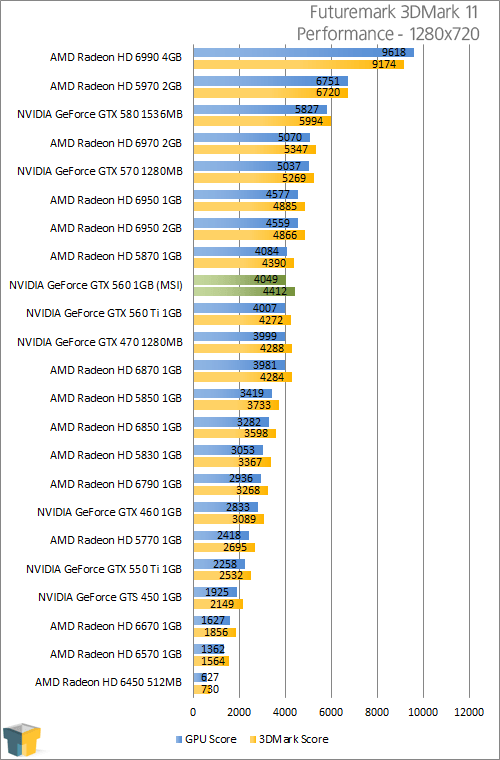 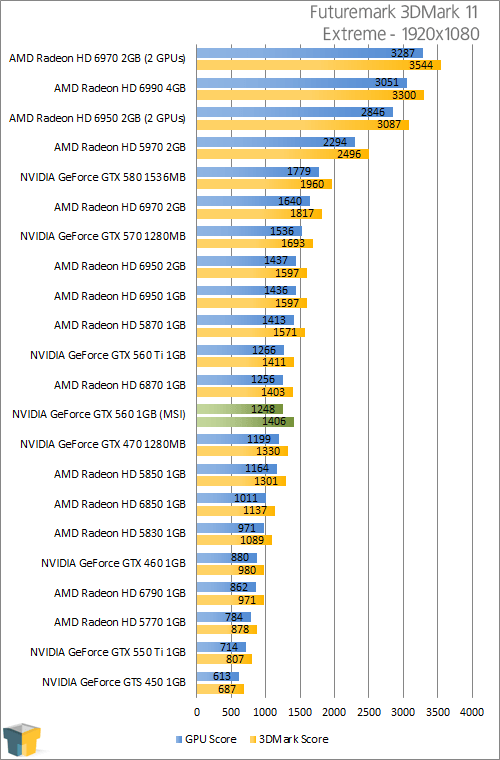 At the intended resolution of 1080p, MSI’s Twin Frozr II GTX 560 sits at just about the same spot as the reference Ti model. What this tells us is that in some games, such as what we saw with Mafia II, both of the cards can flip-flop positions, depending on how the game engine uses the card. In the end though, the Ti reference version, with its extra cores, would have the advantage overall.