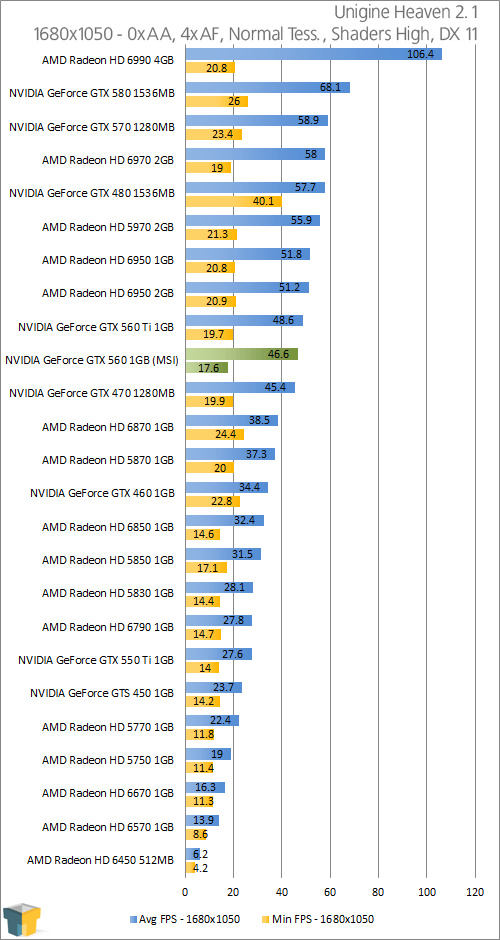 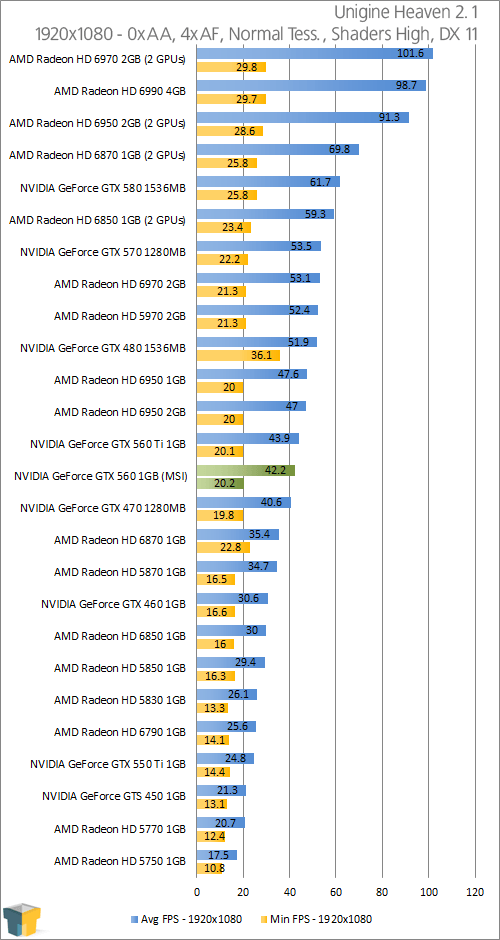 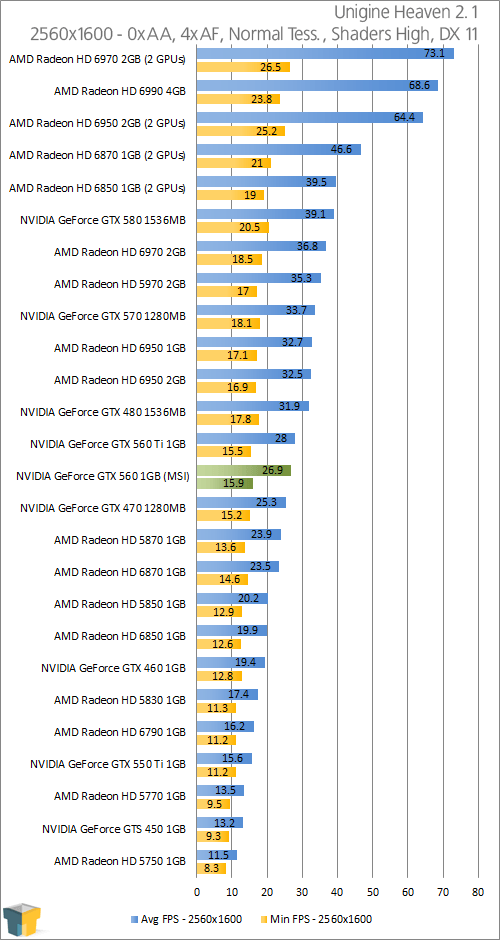 The results here are quite expected, with the Ti version of the GTX 560 coming out on top, and MSI’s non-Ti coming close. Both cards outperform the HD 6870 where tessellation performance is concerned, giving us one of the more substantial comparative differences we’ve seen.