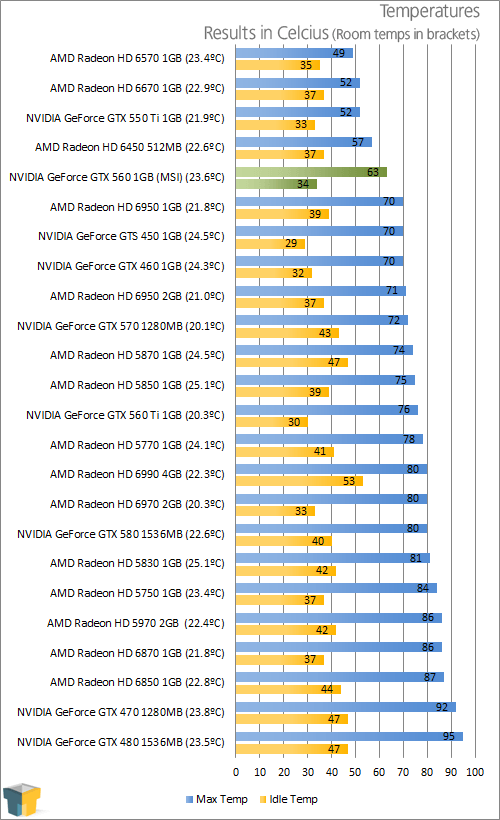 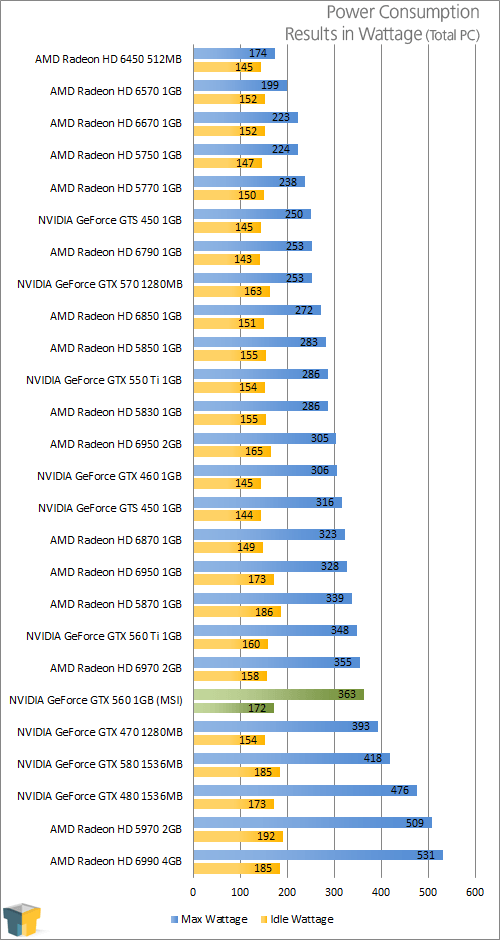 Compared to the reference GTX 560 Ti design, MSI’s Twin Frozer non-Ti shines. Despite being tested in a room with a temp 3°C higher, the card ran 13°C cooler at full load, though sat a bit warmer at idle with +4°C tacked on. The fact that the room temperature was just a bit warmer could have had something to do with it.

Power-wise, MSI’s card draws a bit more juice, with +15W at load and +12W at idle. This is no doubt due to its “overclocked” state, and while it does prove to be mighty fast, the reference Ti does remain faster with a lower power consumption.