The pre-selection for the contest was done using an online qualifier on HWBOT. Using specific contests, and of course MSI gear, teams were invited to the event. The teams are as follows: 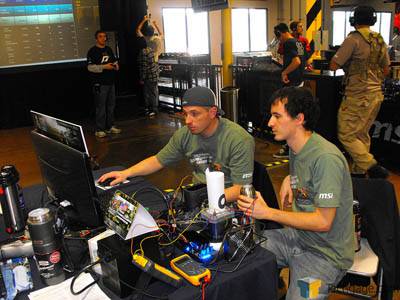 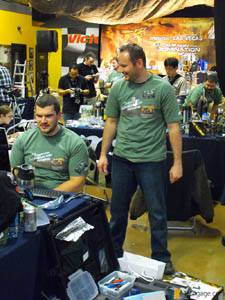 The setup ran from 12:30 – 2:00 and allowed the competitors to assemble and tweak their gear before the competition got underway. Each competitor added their own twist to their gear to try and get the temperature just right for their performance. 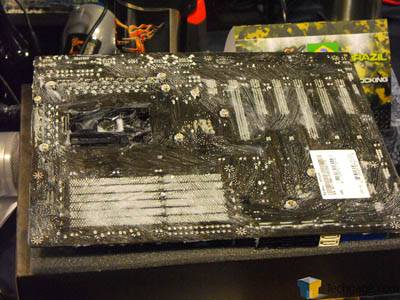 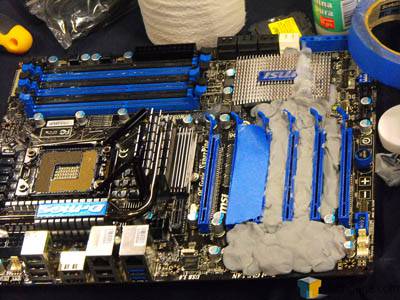 Contestants were required to use the computer equipment provided by MSI. However, each competitor was allowed to bring their own overclocking gear. Using everything from hair dryers to coffee cups and paper towels to get their systems just right. 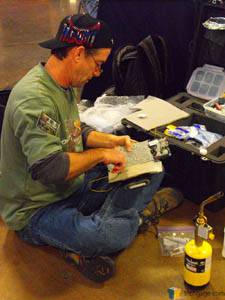 The computer equipment used for the competition provided by MSI and their event sponsors included: 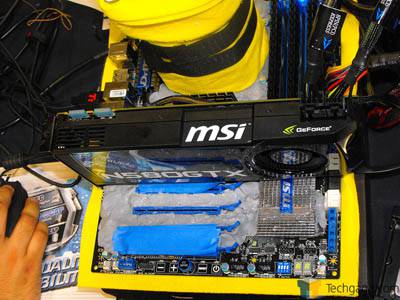 The final score for the competition is a weighted total of the overclocking performance growth score using SuperPI 32M (40% Weighted) and 3DMark11 (60% Weighted). In the event of a tie, the 3DMark11 score is used as the tiebreaker. Once a score was achieved it was confirmed by a judge and then submitted in a screen shot. 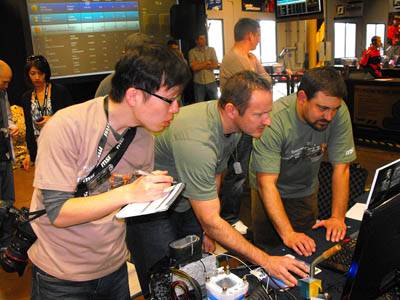 Task 1 was SuperPI 32M and Team Over The Edge jumped out to an early lead posting a score of 6m51.311s. Quickly after posting the first time of the day their score was improved again before anyone else got on the board, improving their time to 6m38.768s.

After posting their second score another team accidentally unplugged Over The Edge’s gear, but they quickly got back up and running, improving their score numerous times throughout task 1. 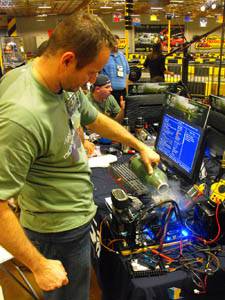 With all of the competitors attempting to reach the scores of Over The Edge it was time for the audience, MSI staff and media to start competing on the race track. There was defiantly some fierce competition on the track, it wasn’t uncommon to see the odd bump amongst racers as MSI put up cash prizes for the best lap times.

Along with the audience and media, the MSI Girls decided to get out on the racetrack and burn some rubber and look great in the racing gear! 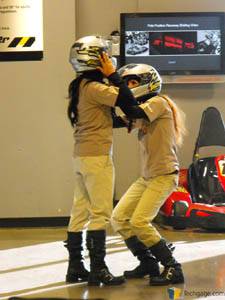 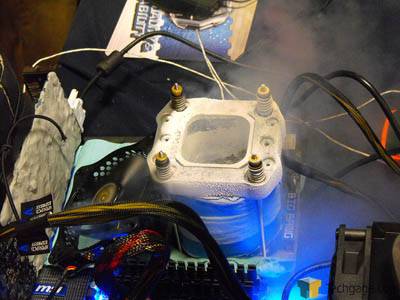 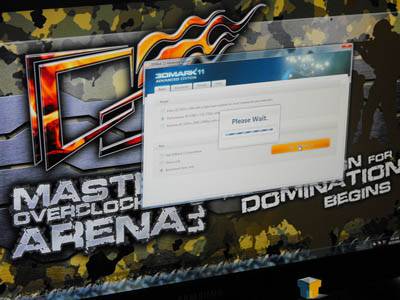 As the competition started to heat up, the LN2 started to cool everything down, building up ice on the equipment. Out comes the blowtorches to try to maintain a stable temperature. 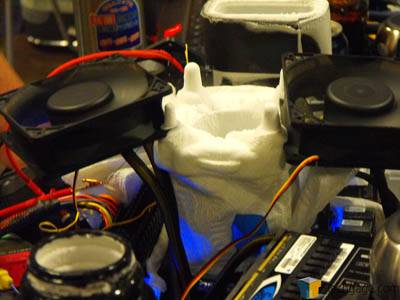 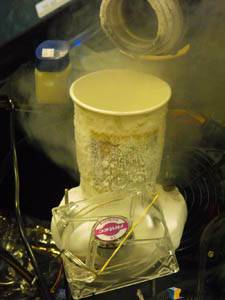 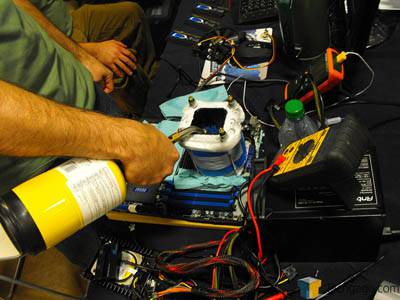 Lead changes were fast and fierce in the later stages of the evening with OCAlliance ultimately coming out on top posting an amazing score of 9213 (91.8246), smashing the previous world record for 3DMark11. TeamPure nipping at their heals in second with a score of 8928 (89.083%) and I213 rounding out the top 3, posting a score of 8926 (88.963%). The top 3 scores all beat the previous world records for 3DMark11, taking the MSI Master Overclocking Arena to the next level of competition and proving that MSI’s products are highly tuned for the best performance possible. 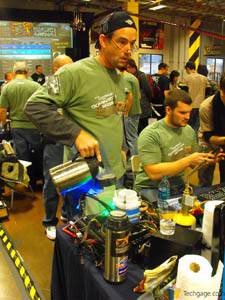