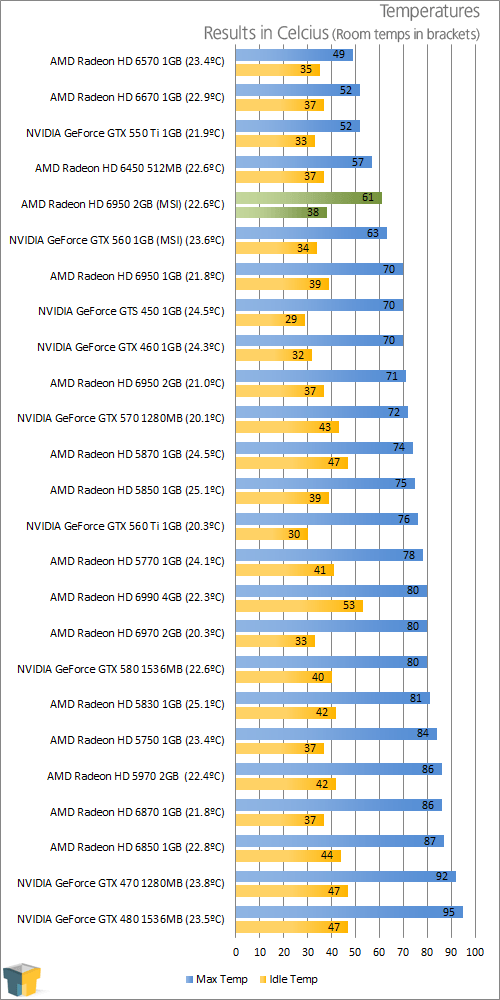 On the temperature side of things, MSI’s card impresses. It almost matches the super-low-end Radeon HD 6450, and that says something. It even beats out MSI’s own GTX 560! Hitting about 60°C on a $300 GPU is quite nice, given we’re used to seeing temperatures about 20°C higher. Power-wise, MSI’s card manages to suck down a bit more than the reference card, though it’s to be expected with its overclock. It does however manage to idle just the same.