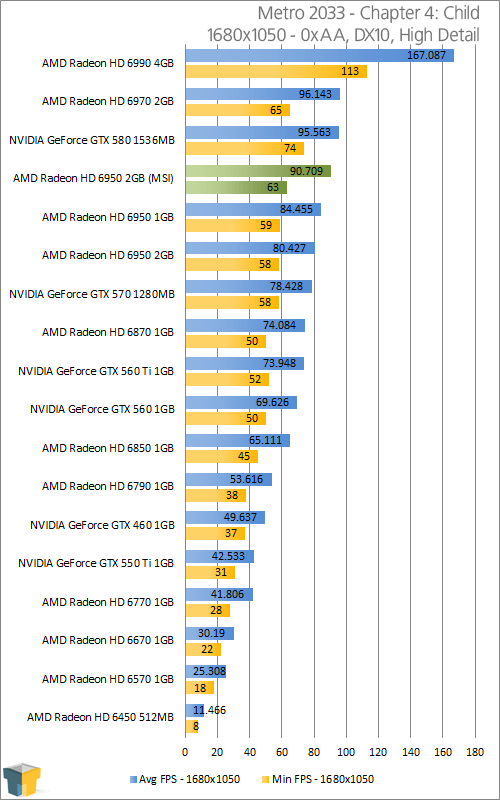 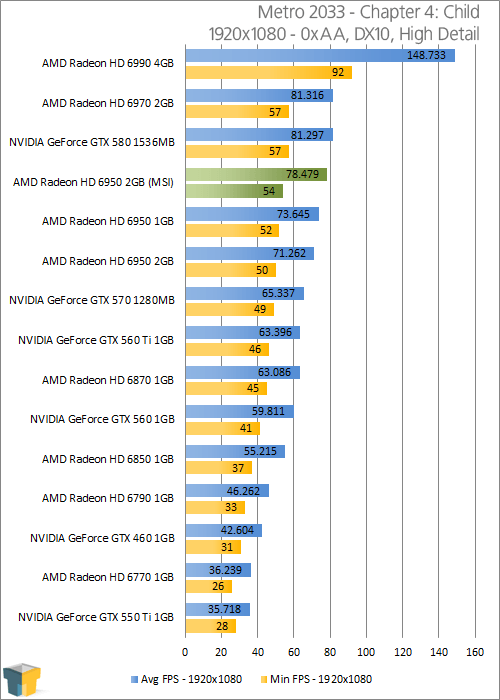 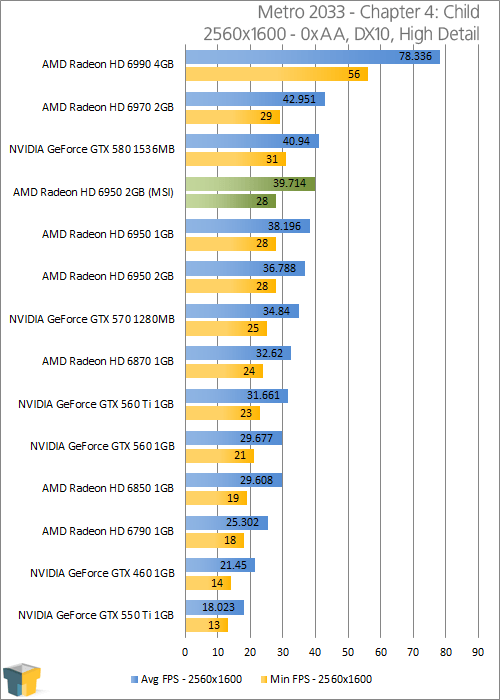 The extra cores on the HD 6970 helped it pull ahead here, but MSI’s card still has a sizable lead when compared to the reference version.