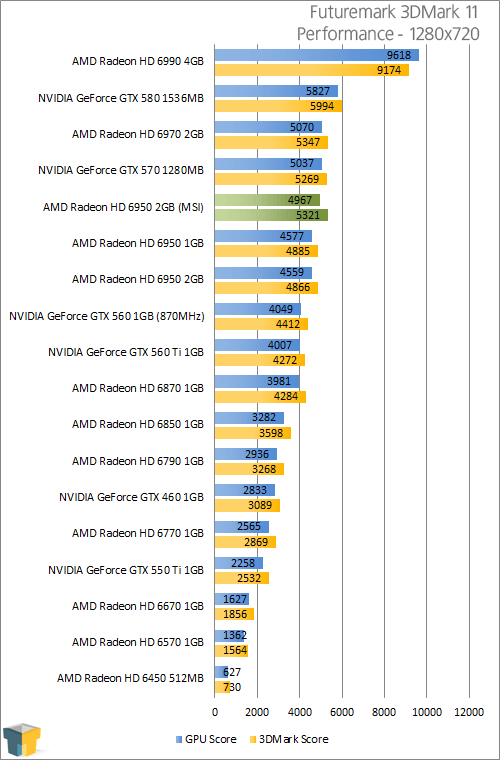 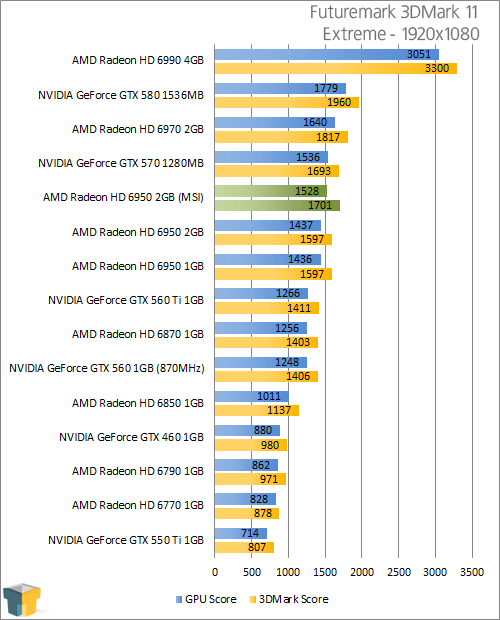 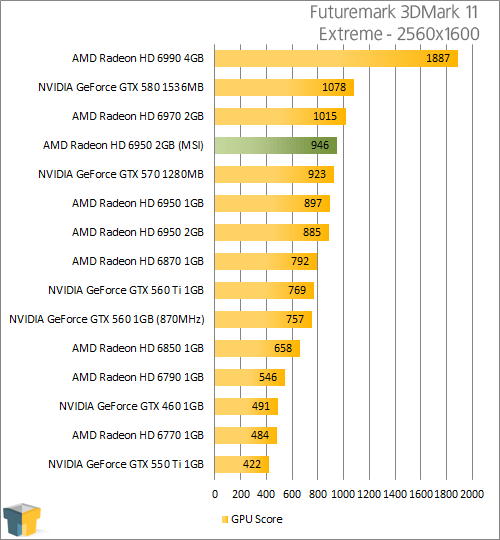 With 3DMark, the HD 6970 manages to prove its dominance, though MSI’s HD 6950 pulls quite a bit ahead of the reference – as we’d expect with the respective clock boosts.