Not long ago, if you bragged to someone about the 4GB of RAM installed in your PC, they’d call you crazy. The fact is, unless you are heavy into multi-media development or other workstation intensive applications, 2GB of RAM was more than enough. Even today, playing the latest games at the max resolutions won’t top out your 2GB of memory.

As time passes though, our needs for memory (and other components for that matter) increase. In late 2005, most games ran well on 512MB, although 1GB of RAM was the standard in a gamers rig. It was with the launch of FEAR that I realized how much benefit an increase in RAM could prove beneficial. Back then, I found that going from 1GB to 2GB increased the average FPS considerably.

I might be focusing a lot on gamers, because quite frankly, those are the primary audience who care about faster memory. If you are running a workstation, more RAM is beneficial in itself… it doesn’t need to be a sky-high frequency. Up until now though, there has not really been such thing as a performance 4GB kit, despite so many manufacturers touting their kits as such. PC2-6400 with 5-5-5 timings is far from “performance” as far as I am concerned, considering some of their 2GB kit counter-parts could run at 3-3-3 with some healthy voltage.

That’s where Mushkin has really been raising the bar. They are the only memory manufacturer producing performance 4GB kits, the PC2-6400 4-3-3 and PC2-8500 5-4-4, which we are taking a look at today. What comes with the performance is a high price-tag however. There is simply no competition at this level right now, not from a single company. That said, their PC2-6400 kit retails for $470 on average while the kit we are looking at today averages at $699. It goes without saying, these are for performance die hards with a deep wallet.

Years ago, Mushkin packaging wasn’t the most eye-pleasing. However, last summer they had a total redesign and it looks fantastic… clean and professional. They don’t go overboard with the pizazz, but instead let the performance of the modules speak for themselves. 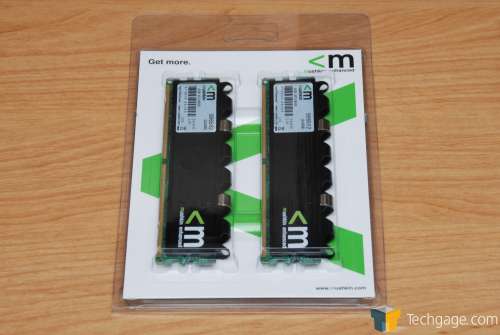 Mushkin modules have some of the best headspreaders on the market, in my opinion. Not so much for their cooling ability, but rather their looks. Their XP (Xtreme Performance) modules are wrapped in a black spreader, and it’s only too bad that the PCB was not also black! Why is it so difficult to find black memory modules outside of Crucial? 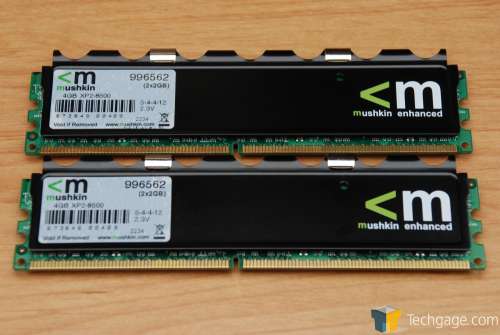 The stickers include more information than most other companies will give, including the required voltages. I believe that voltages should be listed on all modules on the market. To me, it just makes sense. Without it listed there, people are left to guess, which normally means they will push more into them than is needed. 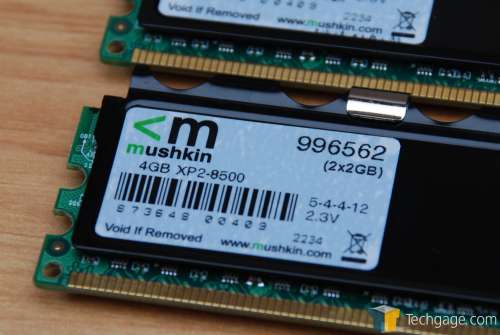 On the opposite end, you’ll find Mushkins sharp looking logo. 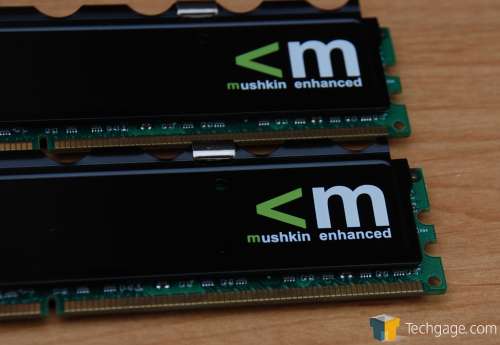 FrostByte spreaders are known most notably for their ringed top, allowing a lot of airflow across the tips of the modules. 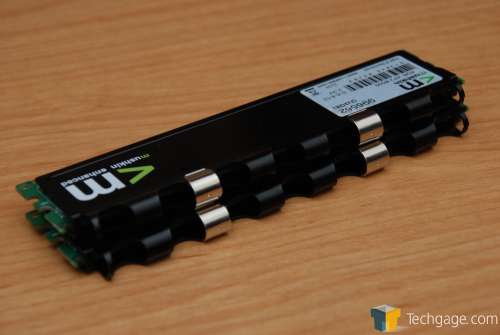 With a look of the modules out of the way, we can jump right into the overclocking ability.